Last week I received a call from Howard at Howard Bolton's Bookshop in Northcote to say he'd received some more Bonds and did I want to have a look before he put them on the shelf.  So inspiring a book hunt, yesterday I paid him a visit (while my very patient wife waited in the car).

Unfortunately I had them all but it was good to catch up with him again, tell him of my latest aquisitions and find out how he'd been going. 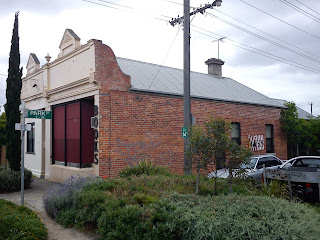 Photo of some of the Bond titles on his shelves. 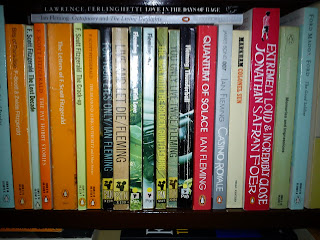 I also managed to visit three other stores in Northcote all within 50 metres of each other, followed by Readings in Carlton 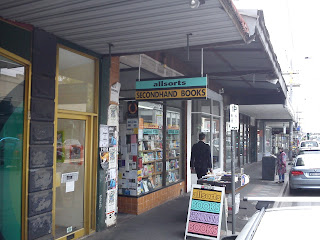 Allsorts Secondhand Books - (second hand) about 5 Fleming's from the 60s and 70s.  I purchased a very clean copy of the 1967 Pan "Casino Royale" as a replacement for an existing one.  The spine is slightly bent but the cover white is amazingly almost "as new" 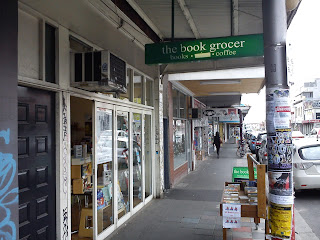 The Book Grocer - (new) no Bond's that I could see 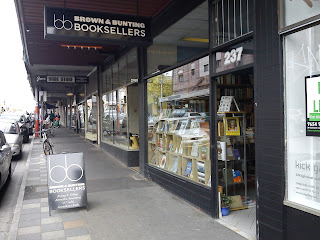 Brown And Bunting Booksellers - (second hand) about 10 Bond's from many different series.  Also on the shelf was a very damaged Jonathan Cape "You Only Live Twice" (including dust jacket).  I managed to find an unread copy of Triad Granada's "OHMSS" again to replace an existing one 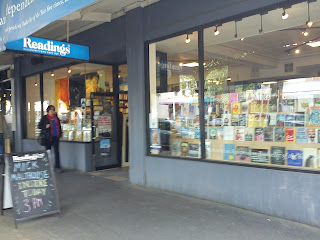 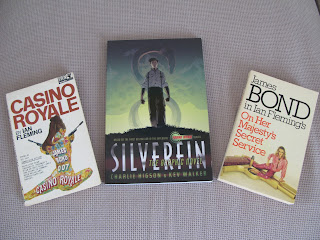 Final photo of my purchases - two replacement copies and the "Silverfin" graphin novel
Posted by Bazeer Flumore at 12:29 PM

Whitted away some of my Sunday afternoon at the Grub St Bookstore on Brunswick Street.

They had novelizations for GoldenEye (which I picked up), TND and TWINE, as well as the usual bunch of Hawkey Pans, that Dr. No movie tie I seem to see everywhere, and a Coronet No Deals Mr Bond (the one with the mace on the cover).

Hey Luke, great store. Good to hear you had some luck too. Did you make it to see Mr Lazenby?

No, I missed the screening, sadly. Enjoyed you're write-up though, Mr. Lazenby sounds like a very interesting guy.