"Skyfall" Billboards Appearing Around The City

My wife and I visited the City on Friday night to see a theatre show ("South Pacific" - my wife managed to find some cheap tickets).  We drove in and as we approached Flinders Street Station, a famous landmark in Melbourne, we could see a massive billboard advertising "Skyfall".  So I quickly grabbed my phone and took some photos while waiting at the traffic lights.  Ok, the billboard looked bigger when I took the photos, but you get the idea. 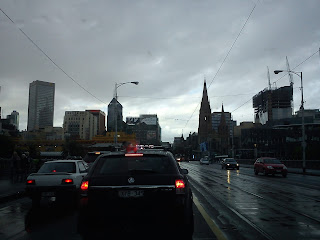 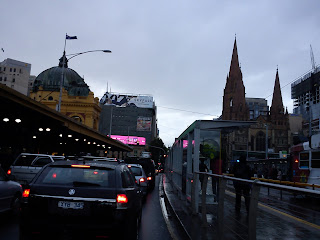 Then on Saturday I noticed this smaller billboard near some shops.  Same Daniel Craig image as above, just a bit smaller.  Great to see the promotion of the film stepping up here in Oz.  Not long to go now. 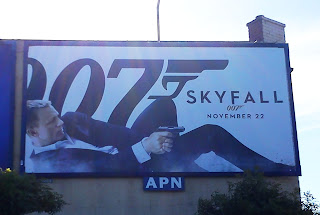 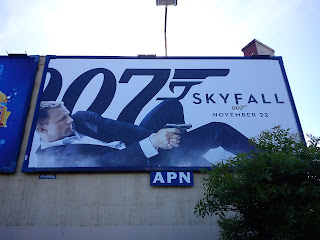