Yesterday my wife and I had a totally Bond related day, not that it was totally apparent from first observation.  It started at The Astor Theatre where we saw a remastered digital 4K projection of "North By Northwest".  Surely one of the greatest influences on early cinematic Bond, and perhaps even literary Bond, with Mr Fleming apparently once stating that Mr Grant was his first choice to portray James Bond in film.  Despite having seen this film tens of times it's still a great film. 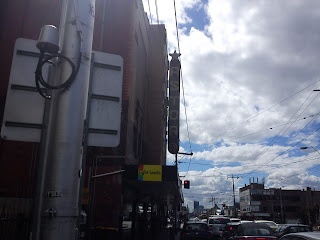 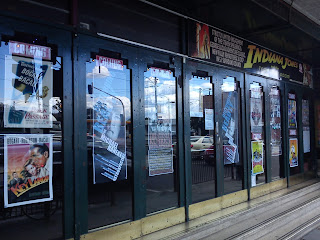 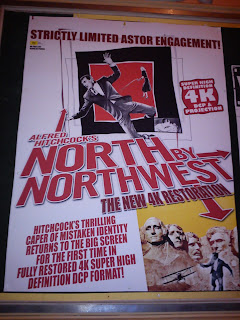 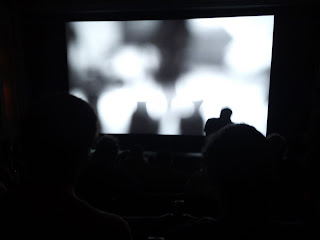 As we left the cinema there was a massive downpour.  It hasn't rained properly in over 20 days so it was a great sight to see, especially for our gardens.  Having endured a record 9 days over 30 C in March it was great to have a break in our Melbourne Indian Summer, although it looks like we might have some hot weather again next week which is good.  While my wife waited for me to run to the car an RAAF F1 Fighter Jet flew low overhead, causing a possible sonic boom which scared a few of the patrons leaving the cinema.  I would have taken a photo, but the plane was way too fast !  The Australian F1 Grand Prix is on this weekend and Albert Park is less than 1km from the Theatre.  The jet was part of the warm-up celebrations.

Next stop on Chapel Street was Penny Syber's Books which is linked the Syber's Books on Glen Huntly Road.  My wife patiently sat in the car while I ran through the rain to check out the books. 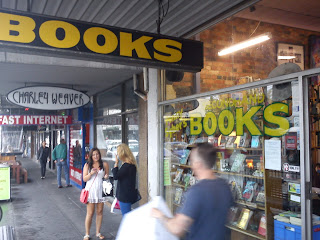 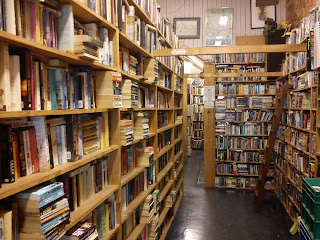 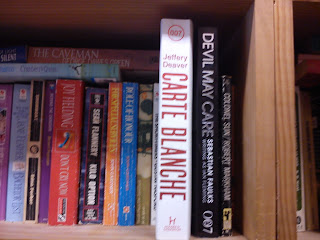 - Penny Syber's Books (second hand) - as can be seen above they had 5 Bonds - two Gardners, one Deaver, one Faulks and one Markham.   No luck though. 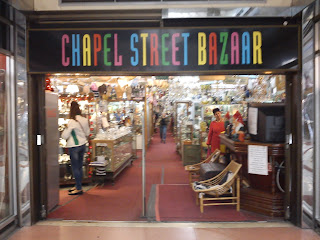 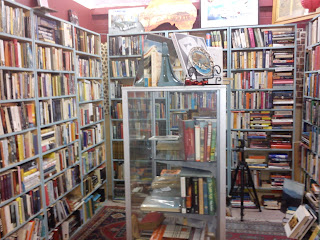 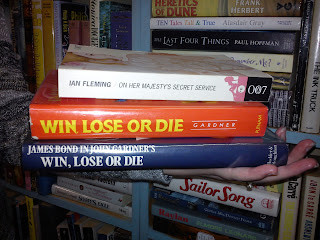 - Chapel Street Bazaar (everything) - next stop was the Chapel Street Bazaar where there is everything you can imagine.  In one of the small book stalls I managed to find three Bond books, one of which was a first edition of "Win, Lose Or Die" in hardback at a very reasonable price so I purchased it. 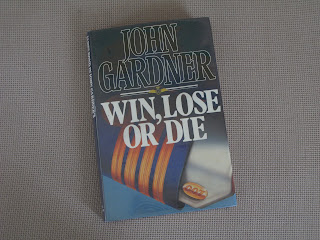 Our last stop for the day was the stage play "Chitty Chitty Bang Bang".  My wife hadn't even seen the film before so didn't know what to expect. 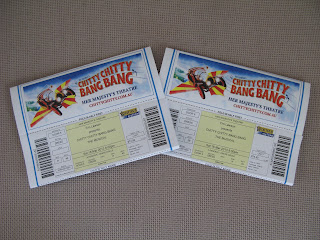 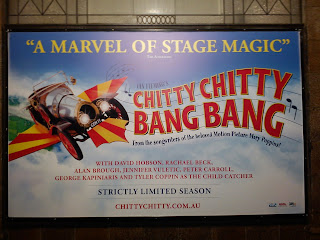 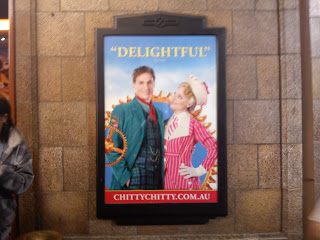 The kids loved the Merchandise stand. 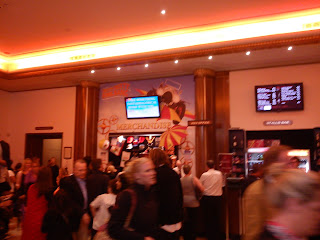 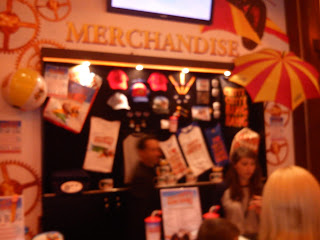 They even had a head cut out stand for the kids.  Not sure who these people were, but it was impossible not to get a photo without people being in it, such was the demand. 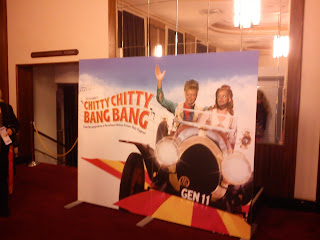 And finally the curtain prior to the show.  (No photos please!) 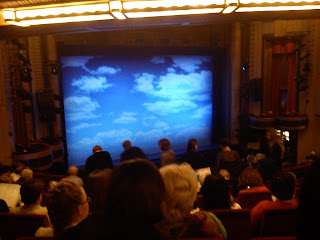 My wife and I thought the show was excellent.  She said it was "entertaining and kept you interested all the time".    I thought it was great too, especially the car itself.  I was trying to work out how the car flew.  Very clever.  (And a flying car would have definitely helped to get into the City because of temporary Grand Prix road closures and tram track works !).  I know the play has been around for a few years now, however if you haven't seen it yet I think it's definitely worth seeing if you get a chance.  The play leaves Melbourne in about a month for Adelaide.
Posted by Bazeer Flumore at 1:17 PM

I discovered Chity Chity Bang Bang long before James Bond. One of my all time favorite movies and soundtracks. I would love to see the stage play.

Yep, definitely worth seeing if you get the chance. The movie and accompanying soundtrack is one of my favourites too. And who can forget Sir Robert Helpmann (an Aussie) as the Child Catcher. I reckon everyone had nightmares as a kid because of him.