As well as visiting Moomba last Monday I also did some book hunting in the City on the Saturday.

First stop was the Foreign Language Bookshop where I managed to find a new copy of Macmillan Readers series "The Man With The Golden Gun" which I wrote about a few blogs ago. 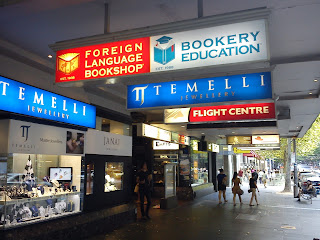 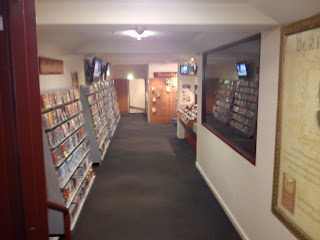 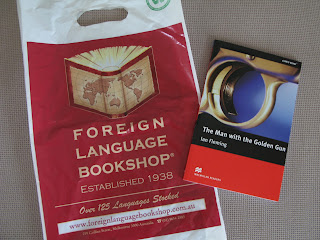 - Foreign Language Bookshop (new) - They had both the CD and non-CD version of "The Man With The Golden Gun" as well as a couple of other Fleming ESL Bonds.  Unfortunately I couldn't see any foreign language Flemings though, but I'm sure they could have ordered them in. 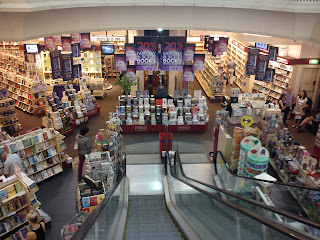 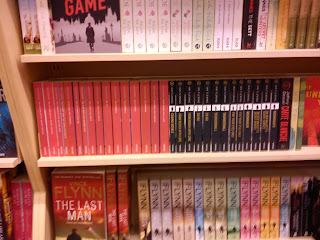 - Dymocks (new) - this was my next stop as it was just over the road.  They had heaps of new Bonds as can be seen above along with a Deaver and two Gardners.  It's still great to see the Gardners in print on the shelves. 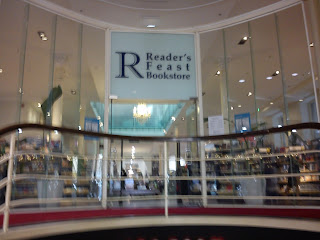 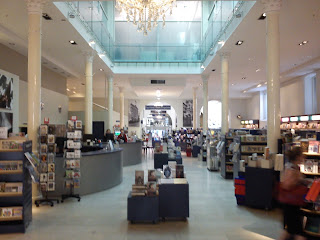 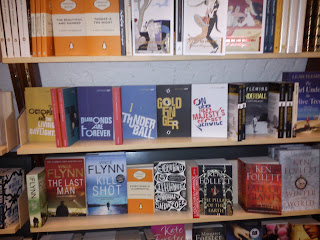 - Readers Feast Bookstore (new) - one of my wife's favourite book stores in the City. As you can see they also had heaps of new Bonds and all are well presented 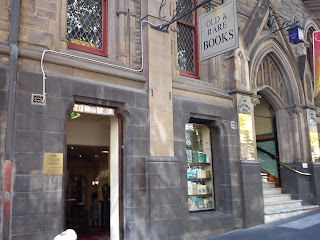 -
- Kay Craddock Antiquarian Bookseller (second hand) - next door to Readers.  No Fleming hardbacks at this time. 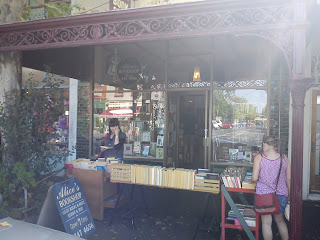 - Alice's Bookshop (second hand) - I didn't even know this store existed, so when I saw it while driving past with my wife I immediately slammed on the brakes.  And when I spoke to the bloke behind the counter he explained it had been open for 27 years.  Amazing!  The store is located just out of the City, in North Carlton, and even has a section devoted to Spy Fiction.  No Bonds in stock though, but I will return. 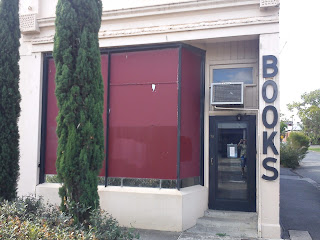 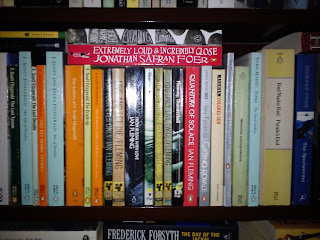 - Howard Bolton Bookseller (second hand) - this store is also just outside the City area.  Every time I visit this store Howard is always busy covering his hardbacks with protective plastic.  And they look great on the shelves.  I was hoping to find a particular copy of the "Casino Royale" 2006 movie tie-in but alas no luck, the one shown above is the Australian printing.  As you can see though all of his books are quality. 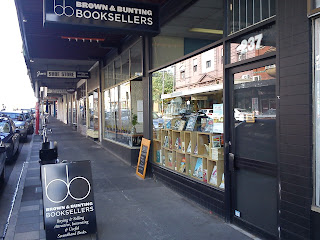 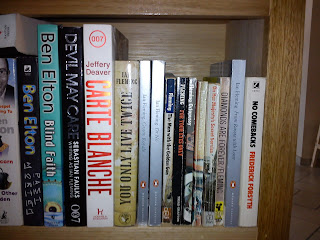 - Brown And Bunting Booksellers (second hand) - just around the corner from Howard's store this one had a few Bonds as you can see above.  High Street, normally very busy, was unusually quiet because of the long weekend and 30 C temperatures for the past week. 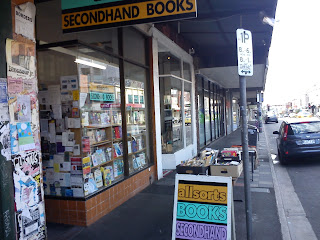 - Allsorts Books (second hand) - I couldn't see any Bonds on the shelves, but this was the same store where I picked up a misprinted Pan "On Her Majesty's Secret Service" last August so I optimistically did a couple of searches just in case.  No luck though, but this store does seem to have a bit of a turnover in Bonds.  The owner's a nice bloke too.  BTW: The photo above was taken about 3pm and I've never seen High Street this quiet ! 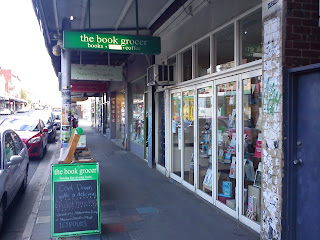 - The Book Grocer (new) - this store is just near the two preceeding ones above, but no luck with a "Casino Royale" 2006 movie tie-in here either.  The hunt goes on...
Posted by Bazeer Flumore at 11:20 PM