"SkyFall" Released On DVD And Blu-Ray

"Skyfall" was released on DVD and Blu-Ray in Australia on March 27.  The accompanying advertising campaign has been huge, the largest for any Bond film for the home theatre marketplace that I can remember. All entertainment media has been flooded, even at cinemas before the main film.

Here's some photos I've snapped from around the place.  I'm sure there's better examples of this in the City, but this is just what I've seen. 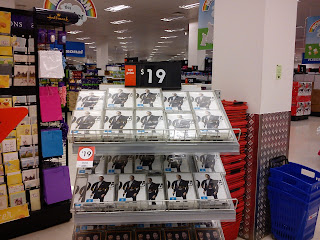 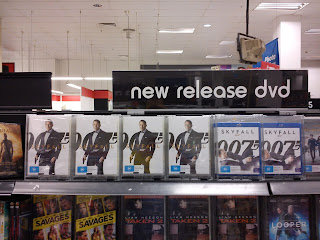 Photos of the display at the entrance to K-Mart and a small display in the home theatre section, both taken on release day.  This is probably not that impressive but it's only a small store ! 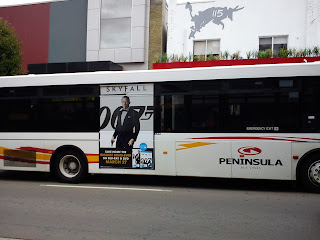 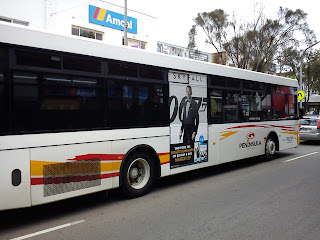 Advertising on a bus. 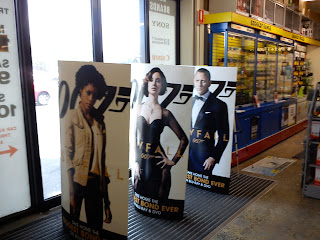 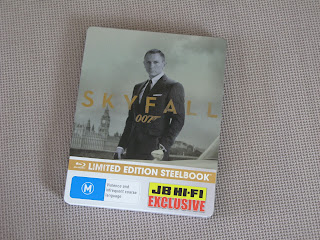 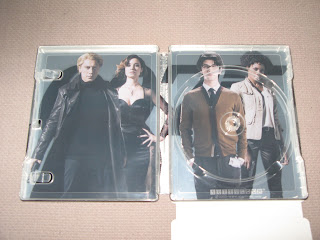 A limited edition Blu-Ray copy of "Skyfall" (exactly the same disc just in a steel container with a possibly different inner sleeve). 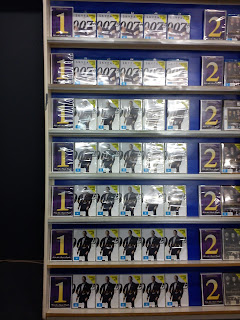 A wall of rental DVDs and Blu-Ray at the local DVD store, all hired out for the night. 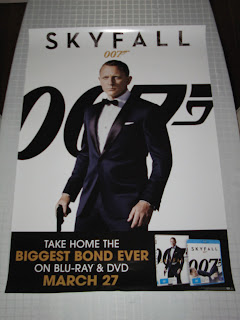 A copy of the poster used to advertise the home formats release. 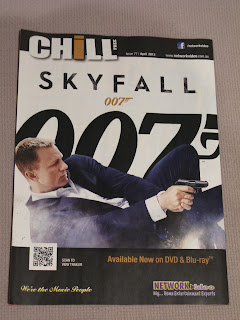