Two book fairs in two days; my wife and I have certainly had a busy weekend book hunting.  Following the Yarragon Book Fair yesterday, we attended the ANZAAB Melbourne Rare Book Fair at the University of Melbourne this afternoon.  This is the 8th time this book fair has taken place, but our first visit. 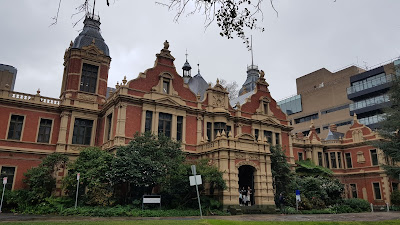 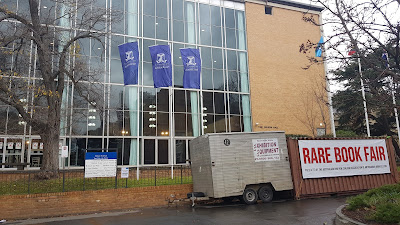 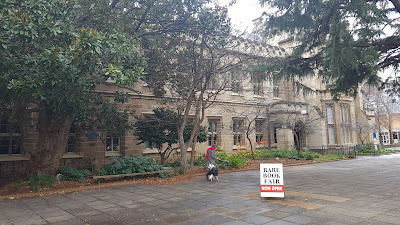 I'm not sure what I expected at this book fair, but it was totally different to the reality.  Walking around Wilson Hall I was surprised to see so many stalls from book stores I have visited during my travels around Australia. 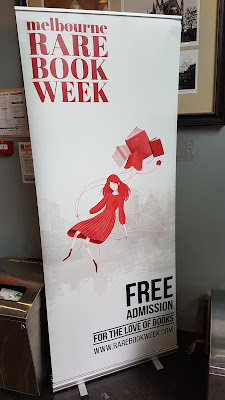 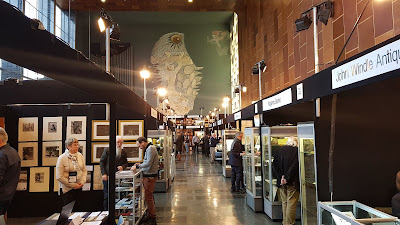 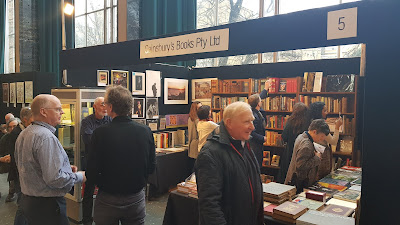 Grant's Bookshop had a stall.  I've followed Grant's from their original store in Prahran to Armadale and now Cheltenham.  They had these three Fleming titles for sale, although I'm sure there are more at their warehouse. 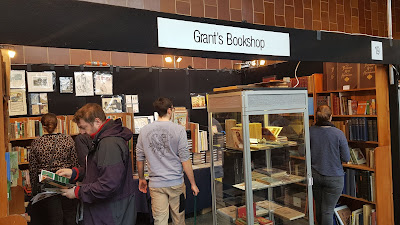 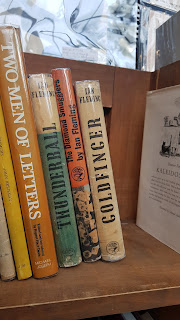 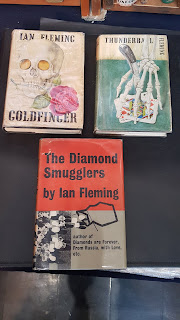 Kookaburra Books, a store I have visited many times in Hobart, had the most Fleming titles for sale.  If only I had some spare cash lying around ! 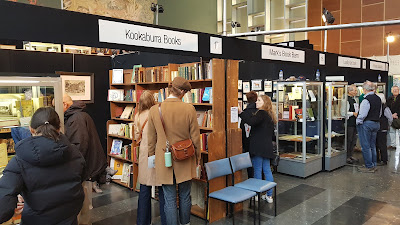 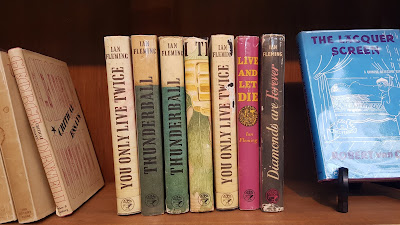 Astrolabe Booksellers, also from Hobart, had a stall too, as did Kay Craddock, Peter Arnold Rare Books and Sainsbury's Books, Michael Treloar, but they had no Fleming titles today. 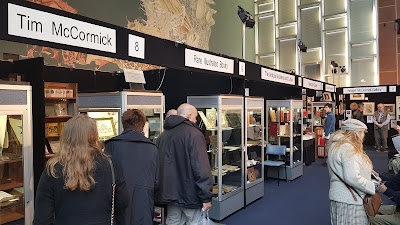 A book store I hadn't heard of before, Somerset House Books, had these two Flemings for sale.  "The Man With The Golden Gun" was an excellent copy (2nd edition) but I had to let it go. 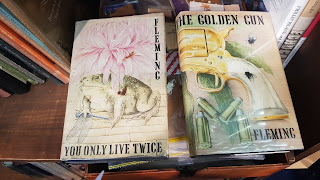 It was also good to see a few international book sellers at the fair.  One was Peter Harrington, whose book store I believe I visited in London back in 2013.  I say 'believe' because there are a number of Harrington's in the family who own book stores so I'm not certain it's the same one.  They had no Flemings today either, although they did have this AU$9,750 paperback of Harry Potter's first adventure for sale.  Wow !  I mentioned Jon Gilbert, the Fleming book expert, but the woman at the stall said he wasn't linked to their store.  I'll definitely have to visit Peter Harrington next time I'm in London. 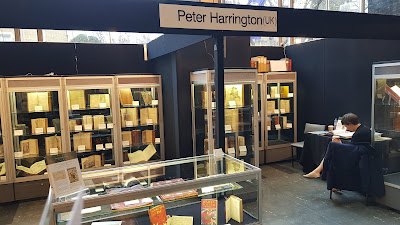 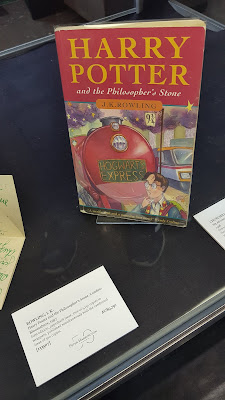 I discovered so many Australian book stores today that I hadn't heard of before, the fair turned out to be a real eye opener and a great experience.  If you're in Melbourne this time next year I definitely recommend a visit. 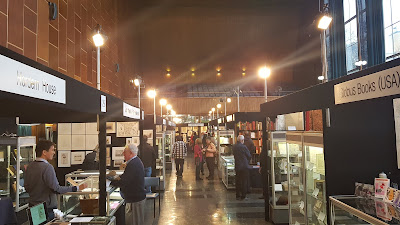 Here's a photo of the City between two buildings at The University Of Melbourne as we were leaving. 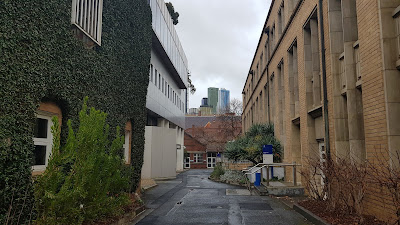 And here's a photo of Coventry Bookstore in South Melbourne which we visited on our way home.  A great little bookstore selling new and interesting books. 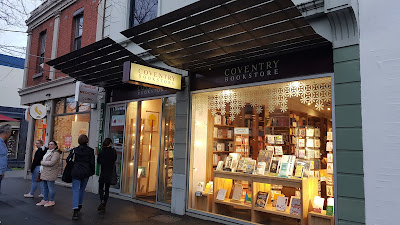