As well as the "Designing 007: 50 Years Of Bond Style" exhibition which starts at the Melbourne Museum on November 1 there are also two other Bond related events starting soon in Melbourne.

The first is MotorClassica which is being held at the Royal Exhibition Building from October 25 to 27.  As well as including heaps of classic cars the exhibition will also feature two cars from the "Designing 007" event.  The Aston Martin DBS Vantage driven by George Lazenby in "On Her Majesty's Secret Service" and the BMW R1200C motorbike ridden by Pierce Brosnan in "Tomorrow Never Dies" will both be displayed.  I've seen this Aston Martin before at Armageddon 2012 with Mr Lazenby himself standing beside for photos.  It's a fantastic vehicle really well maintained by its Australian owner and even features the hiding place for the sniper rifle in the glove box.  Here's some photos I took of it from Armageddon 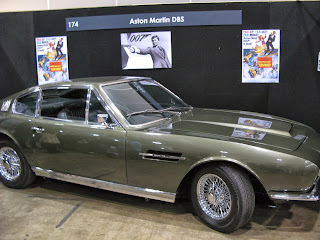 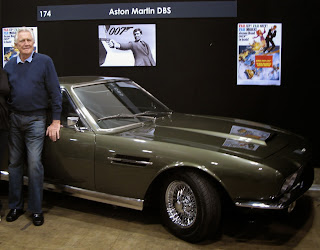 The second event is a concert titled "The Songs Of James Bond" at the Athenaeum Theatre from November 8 to 9.  The brochure I have explains that the concert will feature many classic Bond songs, there will be a 14 piece The Spectre Orchestra, accompanying video effects and the event is "guaranteed to be one concert not to be missed".  Here's a photo from the related website and also one of the brochure.  There will be three performances and tickets start from $50 and can be purchased from Ticketek.  I hope it goes well. 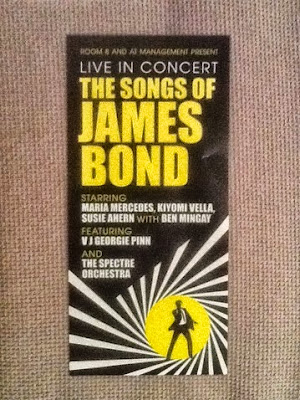 Dang, there is never anything good like this where I live.

Hey Randy, I never thought we'd have anything like this where I live either. Amazing amount of Bond activity here in Melbourne at present. Maybe keep your fingers crossed there too