My previous blog entry covered the touristy stuff my wife and I did while in Sydney last weekend.  But as with all our trips it also gave me a chance to check out some new book stores.


But the Sydney book hunt started a little earlier than expected.  While visiting the newsagent at Melbourne (Tullamarine) Airport on our way to the departure gate my wife noticed three copies of "Carte Blanche" for sale, all signed by the author.  I didn't purchase a copy though as a few years ago when Mr. Deaver visited Melbourne to promote his Bond novel I managed to grab his signature then.  But it was still an unexpected find, and hopefully a sign of good things to come. 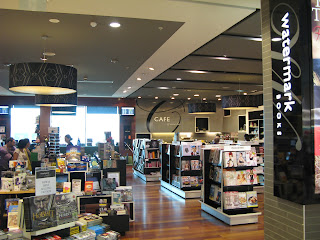 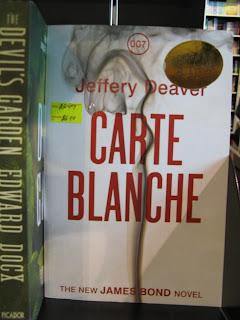 The next day after we arrived, the Saturday, we spent the majority of the morning walking and checking out the many second hand book stores.  Our two hosts first took my wife and I to Newtown. 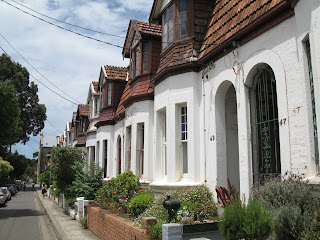 We parked near these houses.  They reminded me of the terrace houses in England.  From here we walked to King Street where the book hunt began. 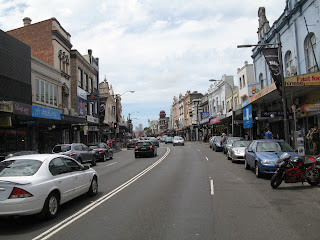 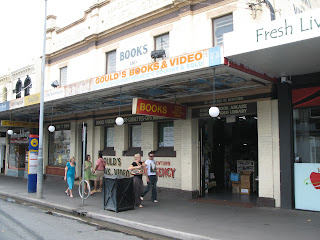 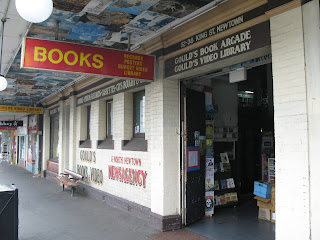 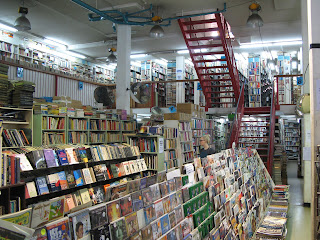 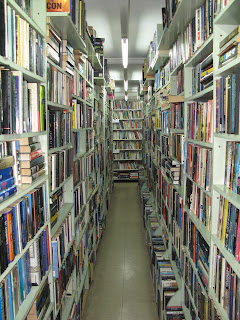 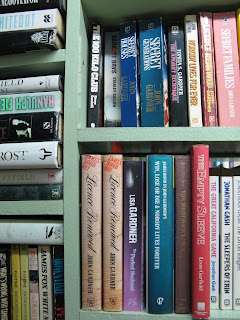 The four Bond novels I could find in this store.  Despite the number of books they are all really well organised and presented. 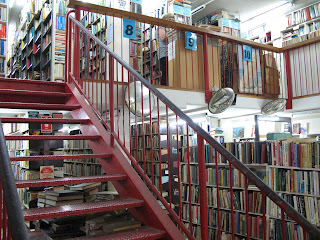 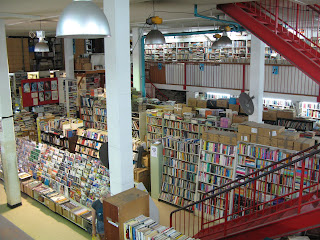 - Gould's Book Arcade (second hand) - according to the web this is the largest second hand book store in Sydney.  1000's of novels over two storeys. I could only find the four Bond novels shown above.  I spoke to the lady behind the counter and she explained that the store has been open for over 40 years in Sydney, and 22 years in the current location. 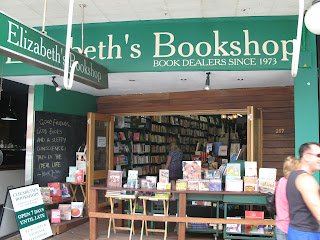 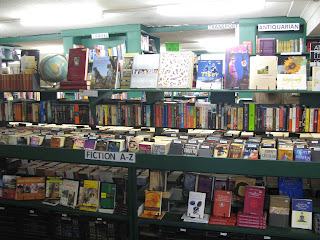 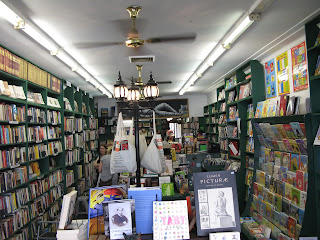 - Elizabeth's Bookshop (second hand) - the next store we visited on King Street.  They didn't have any Bond novels however according to the girl behind the counter (after she checked the computer) their City store had a copy of "Casino Royale" by Pan, although we didn't visit the City store. 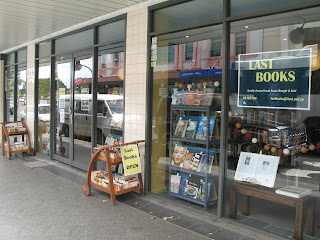 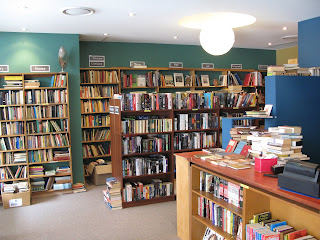 - Last Books (second hand) - right at the end of King Street, at the opposite end to Gould's, is Last Books.  It's only been open for three months but it is extremely well organised and presented.  They had a couple of recent Fleming Bonds, but unfortunately I already had them. 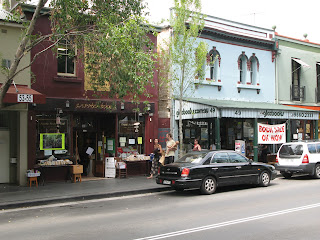 We next drove to Glebe for lunch and more book stores.  Here two book stores operate next door to each other, one second hand and one new books. 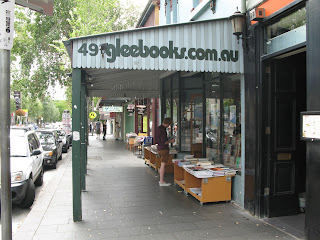 - Gleebooks (new) - they had a few new Vintage Bonds. 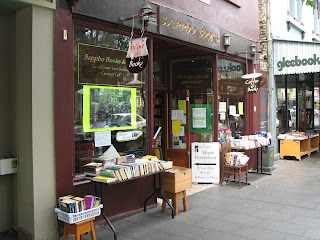 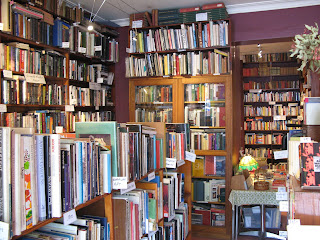 - Sappho Books, Cafe & Wine Bar (second hand) - the merging of books and a cafe always scares me, however in this case my fears were allayed.  I never even saw the cafe.  The book section is like a traditional store, with a few rooms of books.  I felt lucky in this store but alas no Bonds! 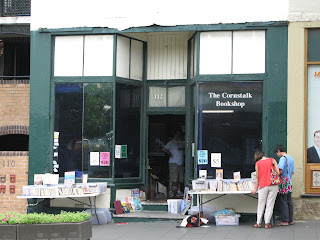 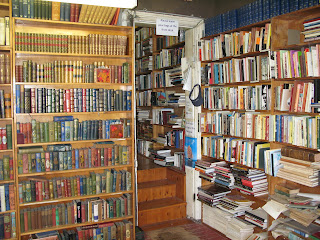 - The Cornstalk Bookshop (second hand) - the last store we visited in Glebe this long and boxy store had a lot of older books, but I couldn't find any Bonds.  It was possible there were some but I don't know where.  Sometimes these are the stores that surprise me with a find.

On the Sunday when we caught the ferry to Manly we also visited a couple of second hand book stores. 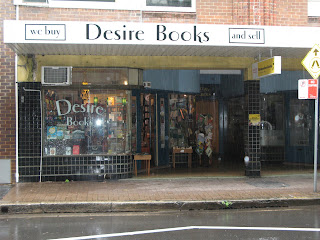 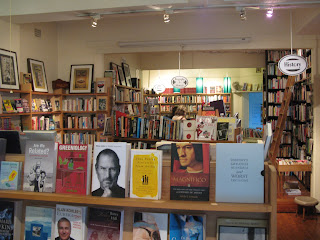 - Desire Books (second hand) - on first impression this looked like a new book store, but it wasn't.  They had a couple of Raymond Hawkey Pan Bonds, and the guy behind the counter also had a look in a box of recent aquisitions and found a "Casino Royale" 2008 movie tie-in.  No luck though. 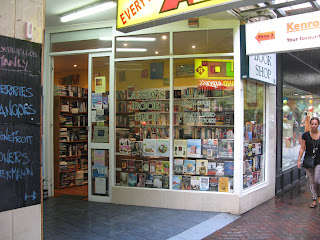 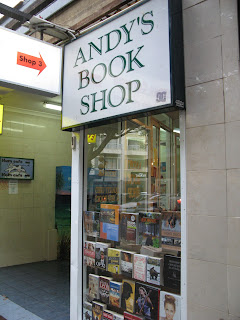 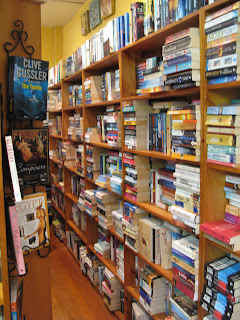 - Andy's Bookshop (second hand) - the second shop we visited in Manly, and the last for our trip to Sydney, was this store.  Really well organised for the space available I managed to find a Gardner Orion paperback (the first time I've seen a used copy of one of these books) and a Faulks "Devil May Care".  No luck here either though.

All up, no new books for my collection, but it was great to visit some new stores, do some walking, chat (slash "talk shit"), spend some time with my wife and catch up with our friends in Sydney.