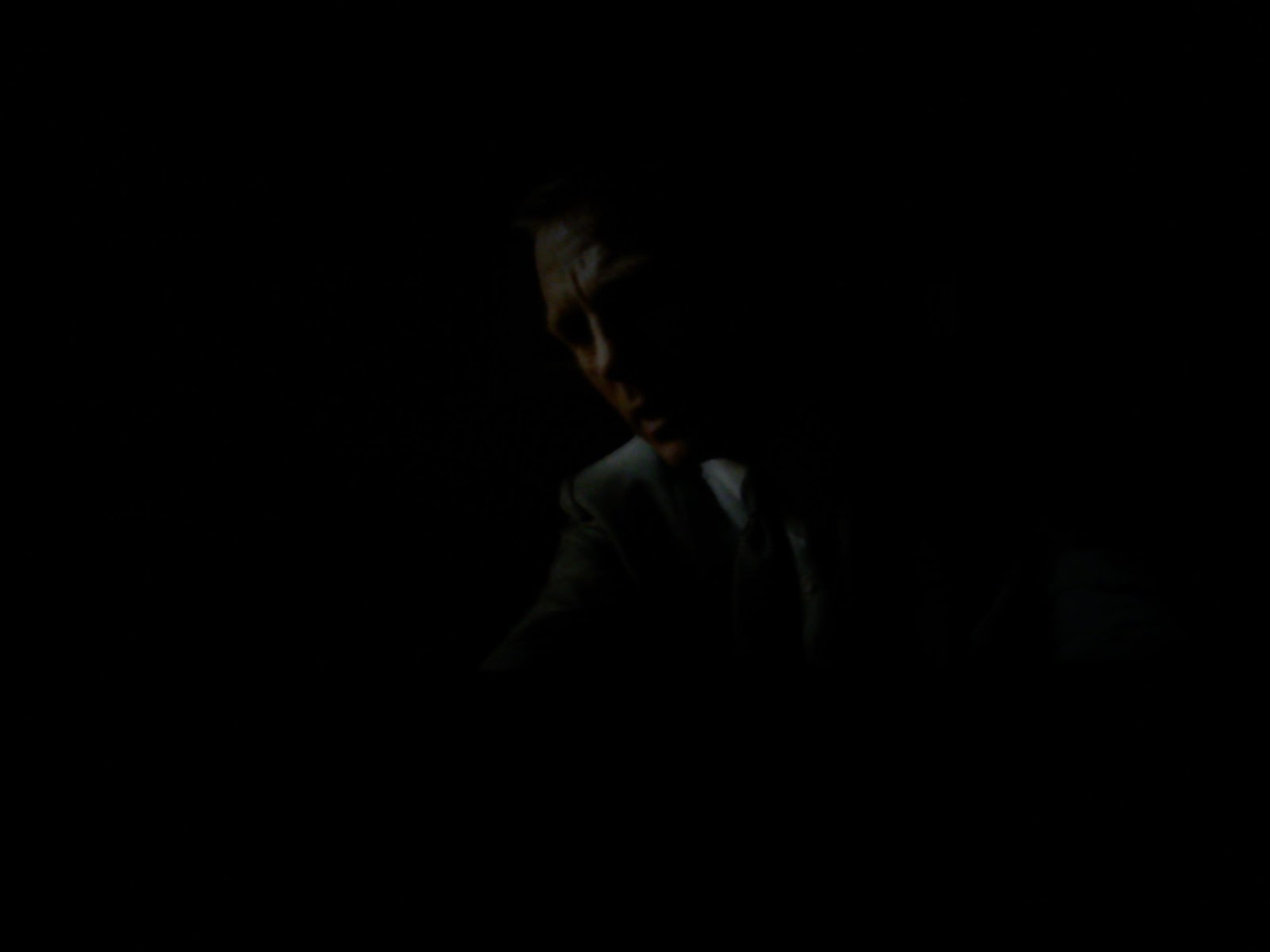 Tonight my wife and I attended a preview screening of "Skyfall" in Melbourne with some friends.  It wasn't a big event or anything, a heap of cinemas were holding preview screenings.  But it was great to see a new Bond on the big screen and as expected the film didn't let down.  Javier Bardem almost stole the show from a really strong Daniel Craig, while the supporting cast were excellent too.  The film was definitely a strong entry to the series, and despite the fact the Bond films have veered away from their roots (and chronology) to remain current and successful, this film still had a few old touches to link it to its predecessors (especially the DB5) !

I may have snuck the photo above during the course of the film.

Also as a side note, I visited the City with my wife for some shopping on the weekend.  I made the obligatory visits to a couple of book stores, my wife waiting patiently every time.  No luck though.  But I did manage to take another photo of the huge "Skyfall" billboard near Flinders Street Station.  This is a better photo. 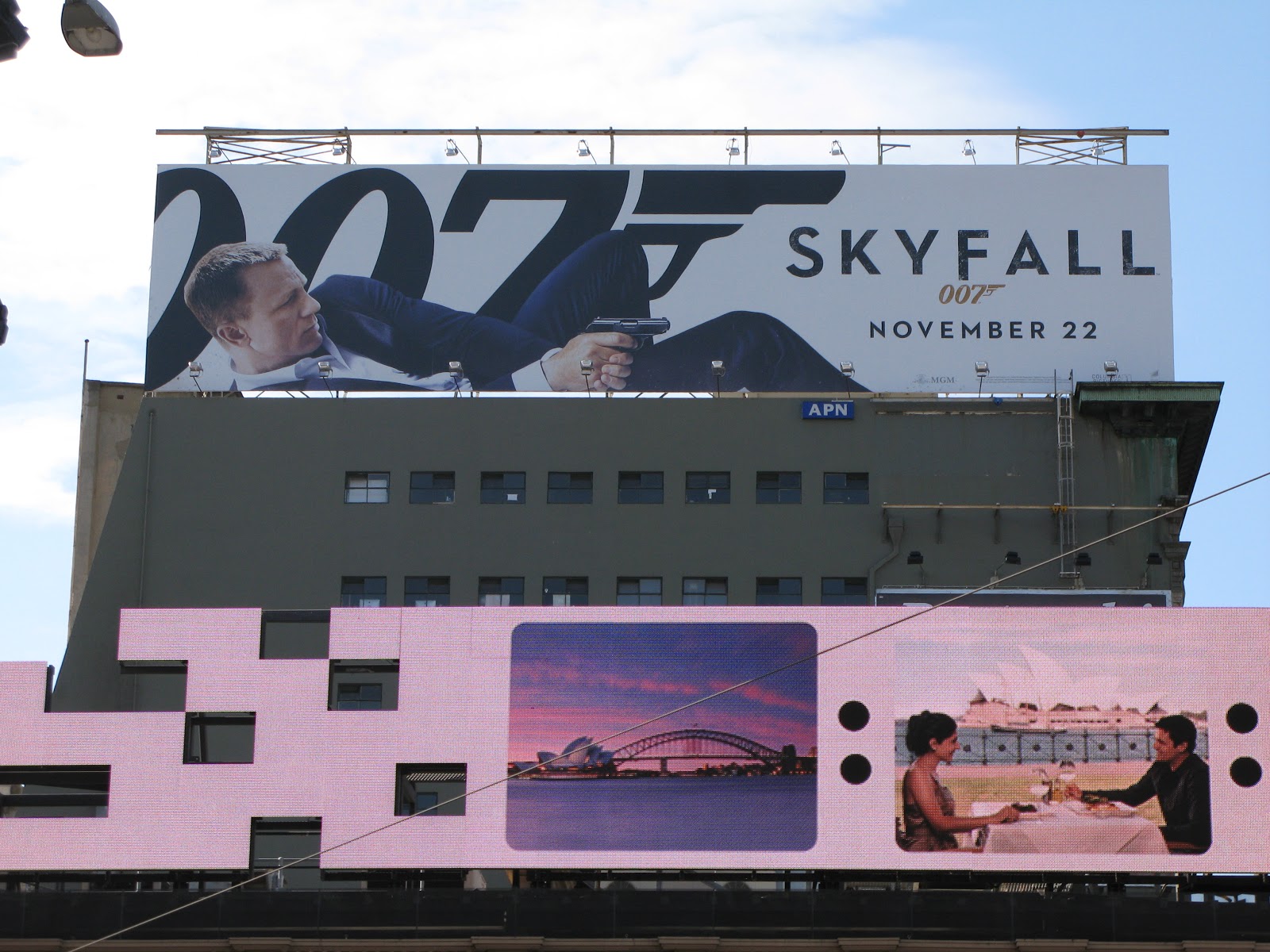 Photo of  Flinders Street Station opposite 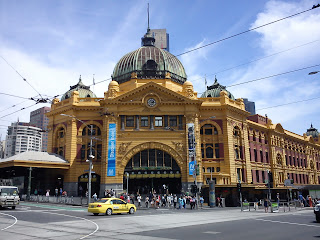