"Skyfall" For A Third Time

Tonight I went with the guys for our regular Tuesday cinema night and surprise, surprise, we saw "Skyfall".  One friend jumped high out his chair when an explosion occurred on the screen near the start of the film!  The other amazingly stayed to the end of the film after recounting that he had walked out of the last Bond film he had seen at the cinema, "Goldeneye", straight after the pre-credit sequence.  Fortunately both liked the film.

As a side note I didn't pick up on it before but the scotch whiskey Javier Bardem poured was 1962 vintage.  Probably obvious to everyone else (he even said it) but somehow I've missed that previously.

I also took some more snaps: 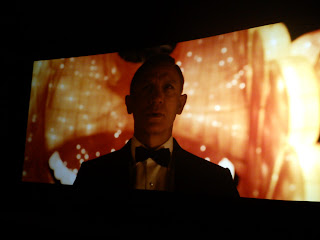 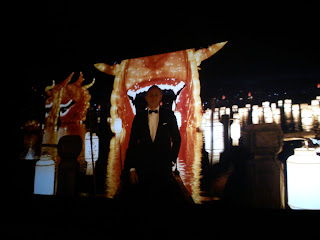 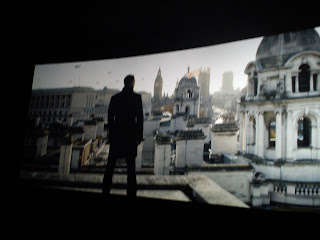 So far in Australia "Skyfall" has grossed AU$12.3 million across 580 screens.  Here's more info if you're interested.

I also managed to visit a Dymocks book store before the film.  Still on the hunt for a Kev Walker "Hurricane Gold" they did have one but it had a really obvious 1cm scratch on the cover.  Spewing.  I almost bought it just because it was so close to perfect. 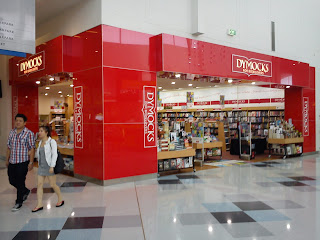