The United Arab Emirates was the last country my wife and I visited on our recent "world tour". As Qantas is linked to Emirates Airlines, Dubai is a stop-over on the flight from London to Australia.  So my wife and I took full advantage of the opportunity and stayed two nights in this amazing city.

I've got to admit, my wife and I didn't really spend much time searching for Bond books.  The beach and sun were constantly calling.  We did visit the Dubai Mall which we were told is the largest shopping centre in the world* but didn't find any book stores there (not that they didn't exist, we just didn't look too hard).

I did check out the hotel library where we stayed but no luck there either. 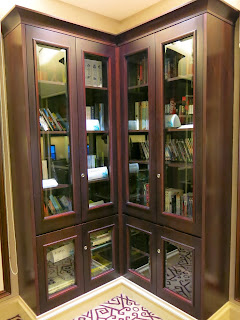 The PizGloria.com website came up in Arabic though on one hotel computer which I thought was amusing. 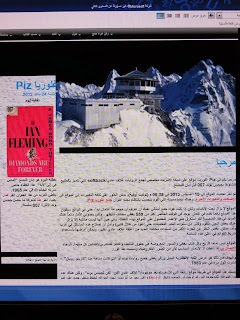 But overall no luck in Dubai. As usual I did take plenty of photos of this very modern, clean and safe city.  If you ever get a chance definitely stop here for a few nights.  More photos below:

* I've just checked Google and apparently the Dubai Mall is only technically the largest shopping centre in the world.  However there's no doubt the Burj Khalifa, built on top of this shopping centre and at 829.8 metres tall, is definitely the tallest building in the world.  I've got to say, even in my own photos the Burj Khalifa doesn't look real.  I can guarantee you it is real, and the view from the observation deck at just over half way up is amazing. 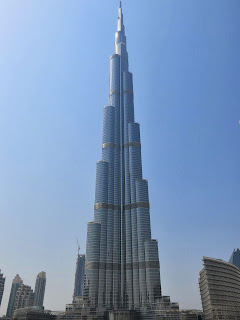 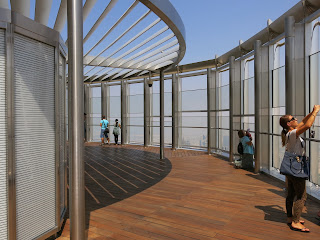 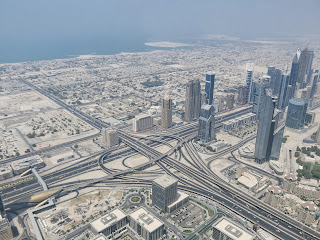 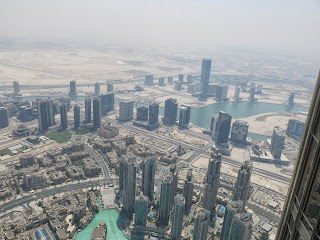 The giant aquarium in the Dubai Mall.  At one point a scuba diver was even cleaning part of the tank 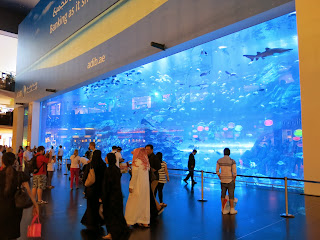 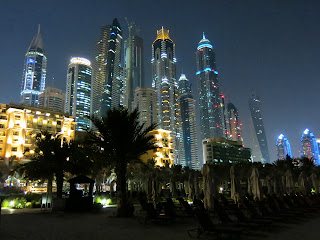 View from our hotel balcony during the day 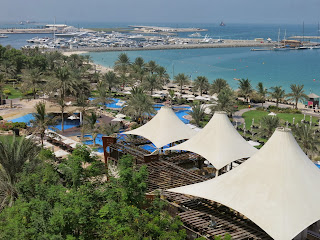 And another view from our balcony at night, this time of Palm Island.  Top left is Atlantis Hotel which can be seen in close up in the next photo. 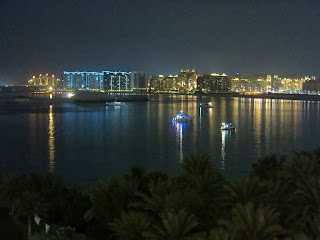 A closer look at Atlantis Hotel which we visited while on a Hop-On/Hop-Off Tour.  It's incredible to think the whole of Palm Island is man-made.  It's covered in hotels and other accommodation.  On the Hop-On/Hop-Off Tour the lower deck of the bus was air conditioned but the upper deck was open to the sun except for a canvas cover.  The temperature while we were there was a constant 39C during the day, and at night the temp never fell below 33C.  It was pretty hot ! 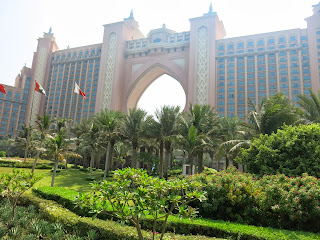 The elevated train network above the modern freeways.  I'm told the driverless trains were spotlessly clean and very safe. 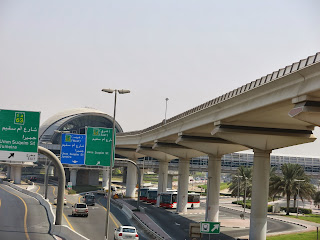 And finally Burj Al Arab.  Too expensive for us to visit though ! 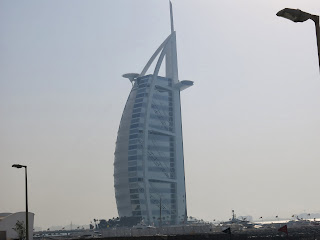