On the eve of 2013 I've spent the past few days while on holiday occasionally hunting for Bond books. 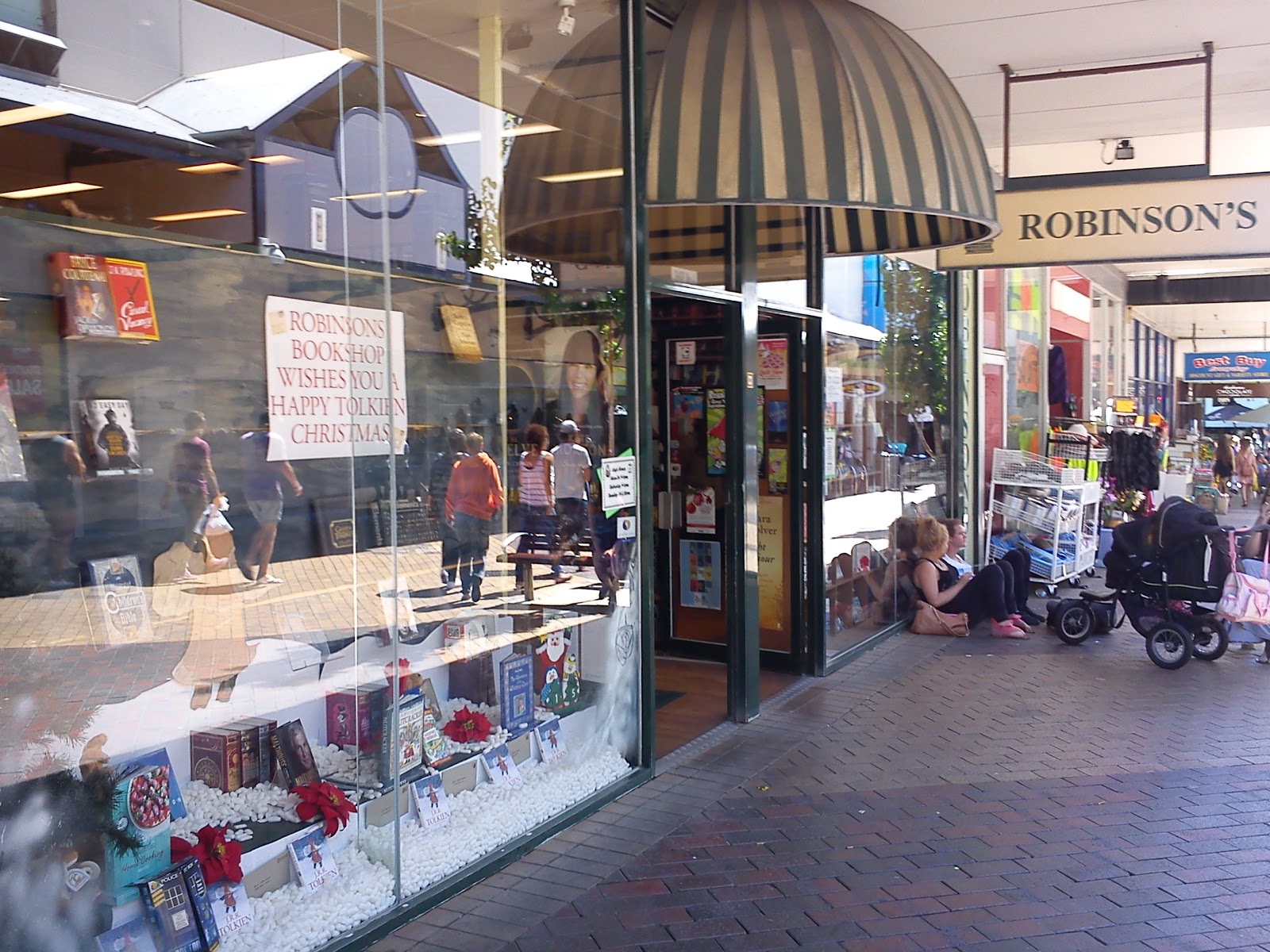 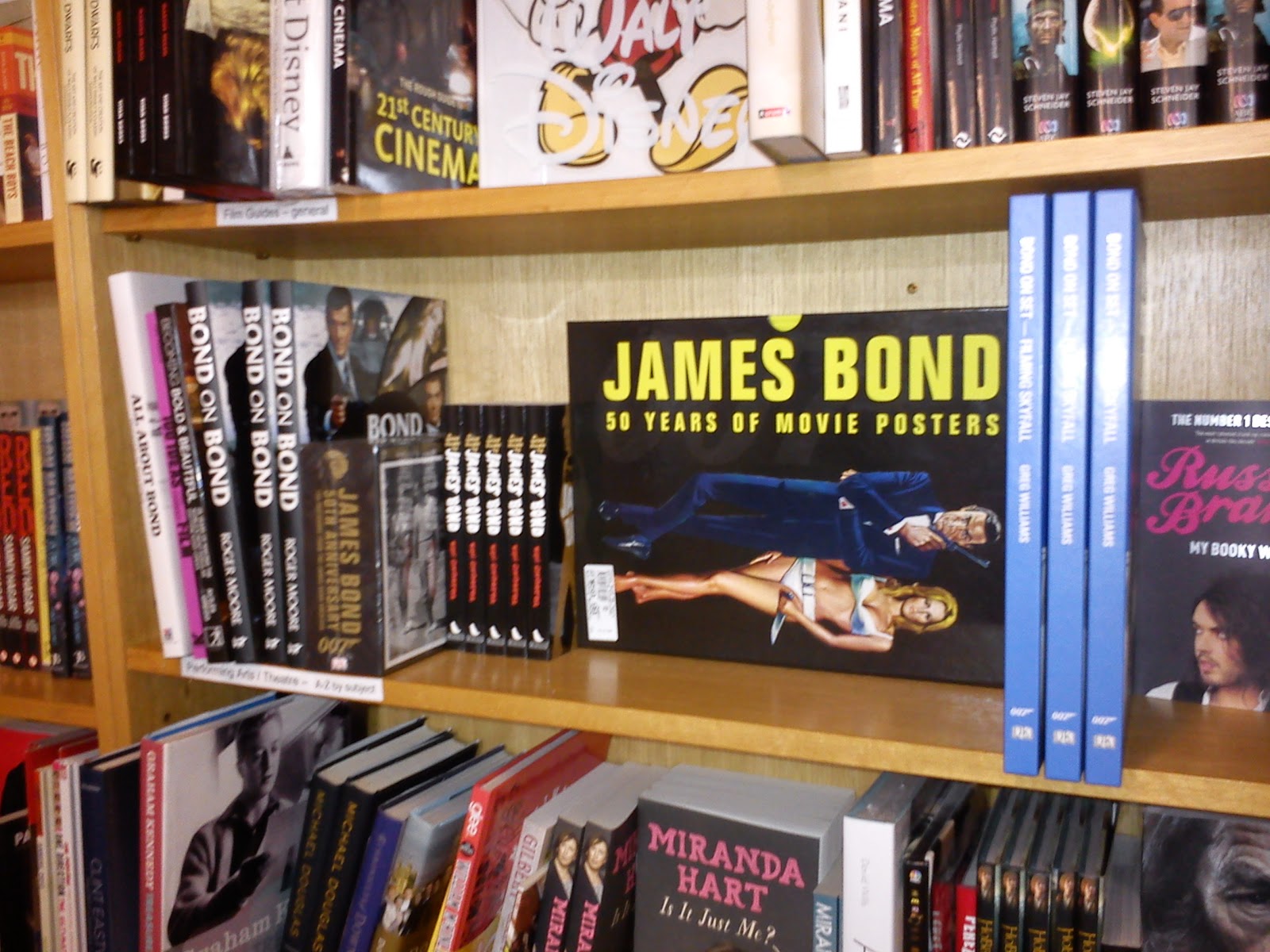 The first place I visited was Robinson's Bookshop in Frankston while on a trip back from the Mornington Peninsula.  As can be seen above they had a few new Bond movie tie-in / 50th Anniversary coffee books.  I purchased a copy of "Bond On Set: Filming Skyfall" by Greg Williams. 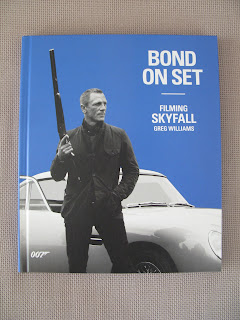 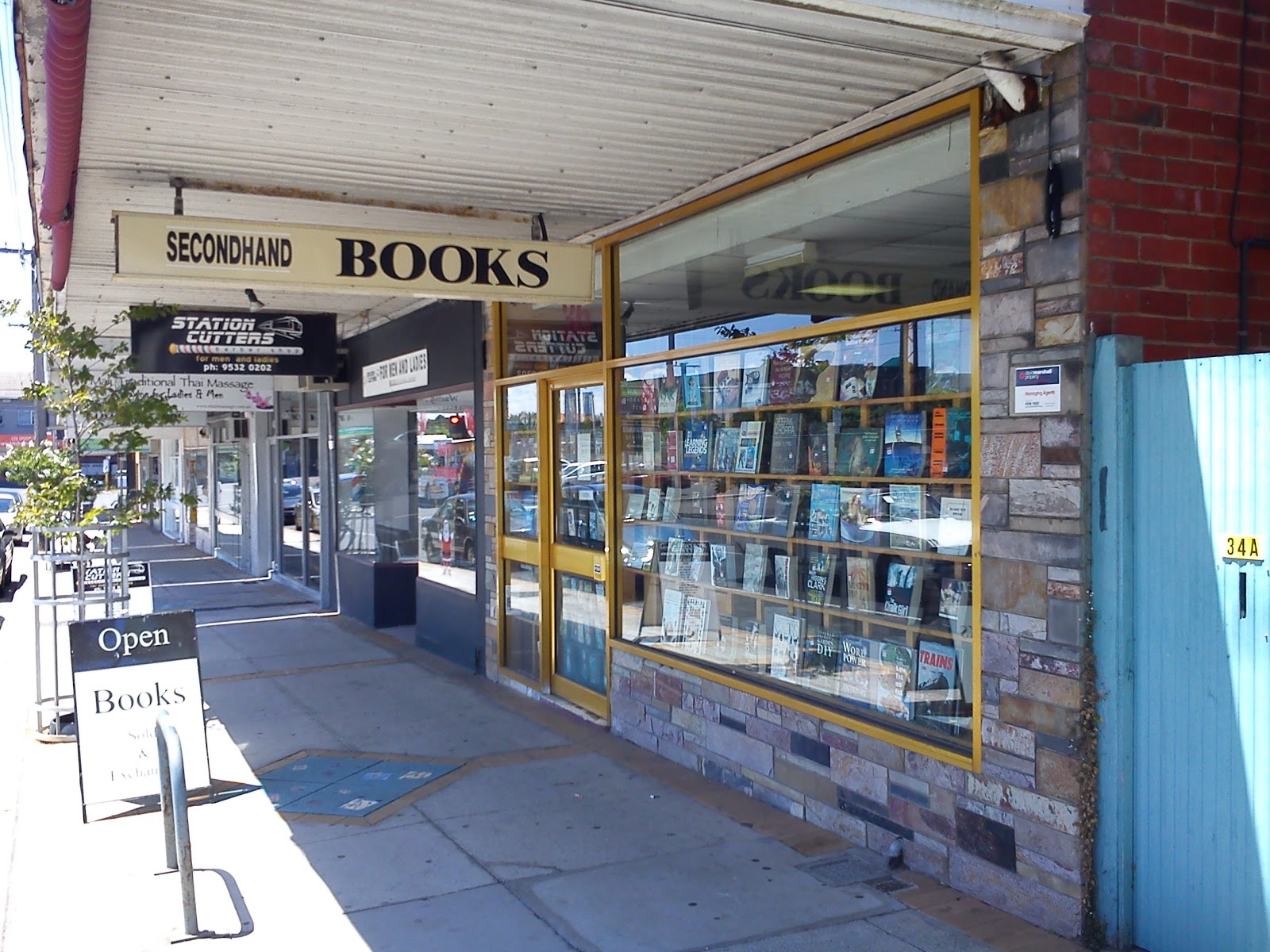 Next I visited Secondhand Books in Moorabbin.  They had about 5 Fleming paperbacks, which is the most I've seen in a store recently.

And then yesterday I went with my wife, Mum, Dad and Aunt (visiting from the UK) to the City to see Geoffrey Rush in the play "A Funny Thing Happened On The Way To The Forum".  It was very entertaining in the style of the "Carry On" film series.  It's also great to see such a fine actor in the flesh, and he was very funny. 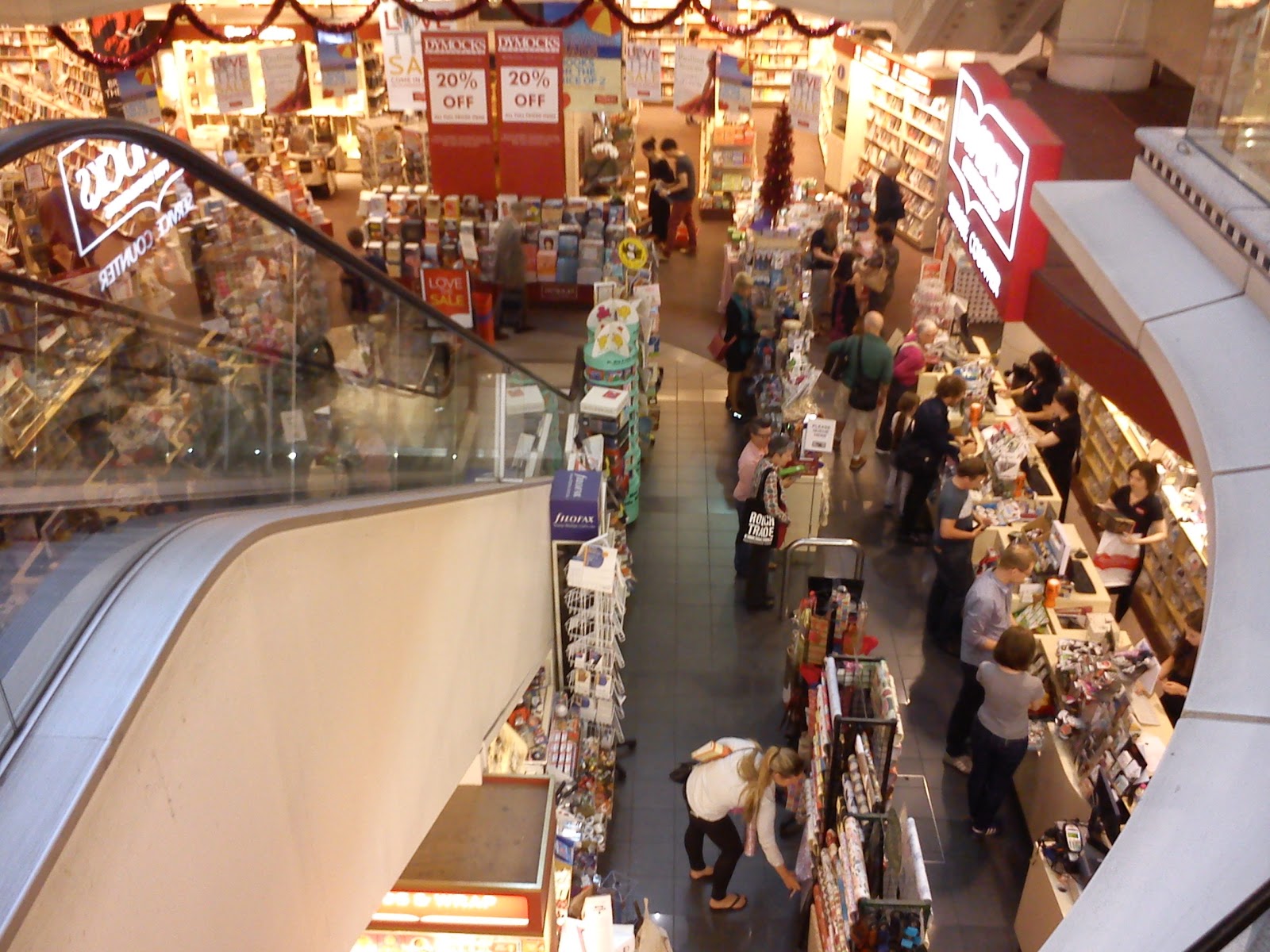 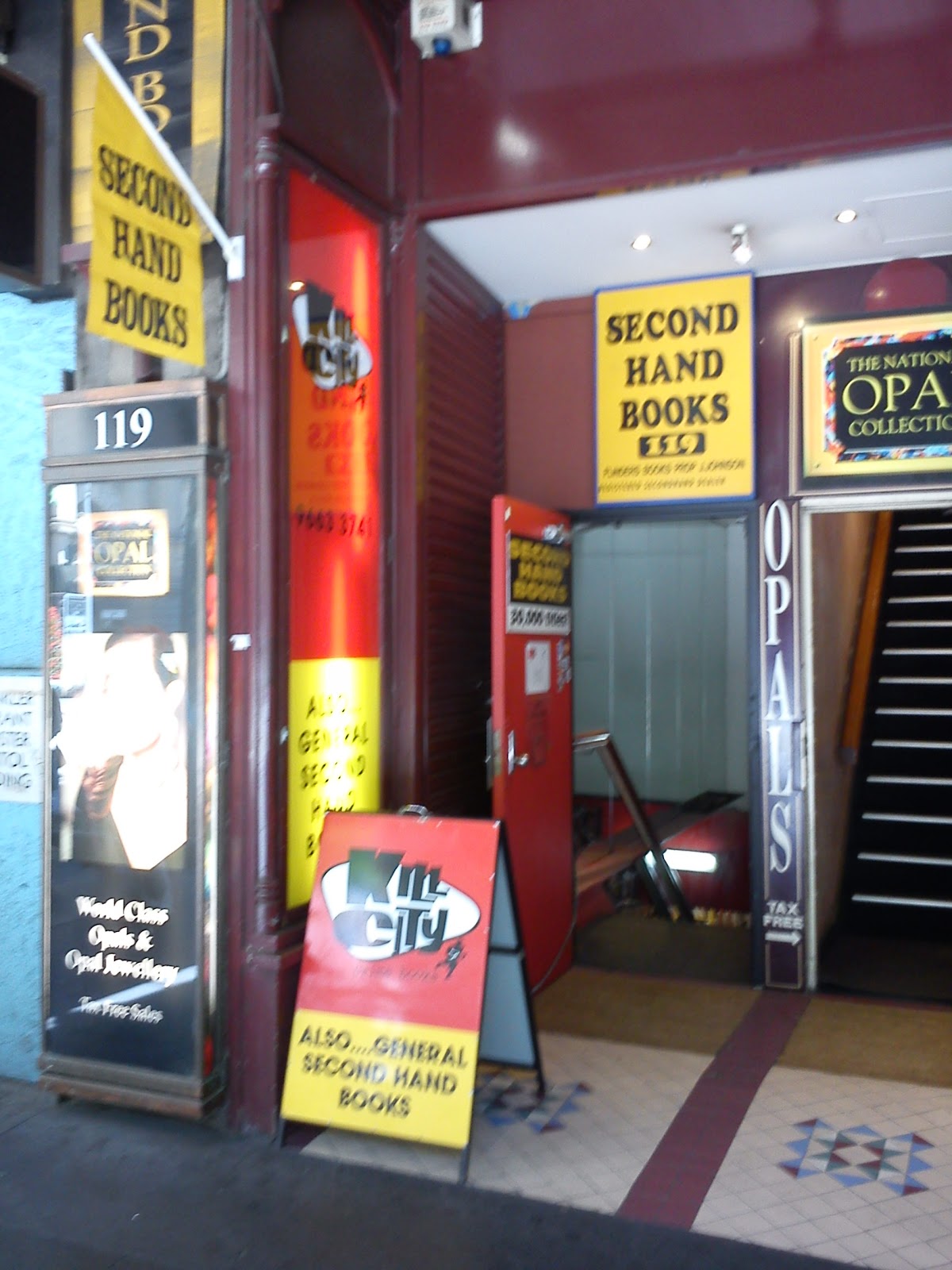 While in the City I (we) visited Dymocks and Kill City.  Unusually Kill City still doesn't have any Fleming or Gardner paperbacks.  They must be popular at the moment.

Finally, have a happy new year.
Posted by Bazeer Flumore at 6:30 PM No comments:

Just a quick one to say I hope you have Merry Christmas.  I trust you get a few Bond items for presents or in the Boxing Day sales, and next year is an even more successful year for your collecting.  Cheers from me, Bazeer, and my wife ! 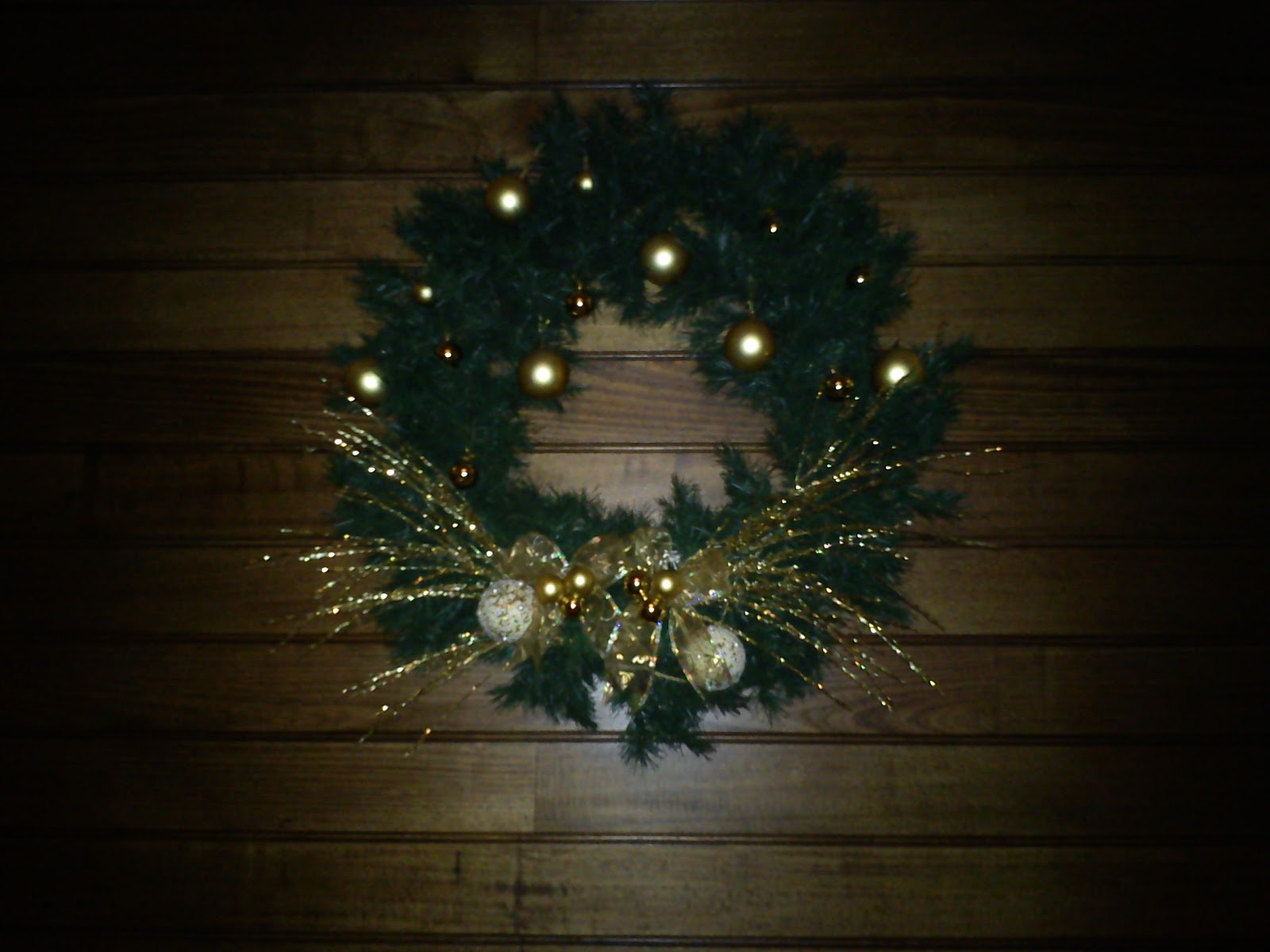 ps. Ignore the fact it says this blog entry was written on December 24.  We're a few hours ahead here in Oz
Posted by Bazeer Flumore at 3:00 PM No comments:

I had my work Christmas party last Friday night.  I returned home just after 1:00 AM slightly under the weather but still able to stand up. When I turned on the TV, Bond was on a "mercy flight" in a helicopter about to attack Piz Gloria with the help of Draco's men. I managed to watch the rest of the film before crashing.

The film was part of a "Bond-a-thon" being shown on free-to-air TV to coincide with the release of "Skyfall".  Previously the films were being shown as a double-bill every Saturday night, the first starting at 6:30 PM and the second around 10:00 PM.  But with Christmas coming up they changed the night and time of the films.  So the schedule change resulted in "You Only Live Twice"starting at 8:30 PM and "OHMSS" starting at 11:00 PM.  I'm really not sure how many other people were still  watching when the film finished just before 2:00 AM !

Over the weekend I managed to drop into Benn's Books in Bentleigh.  There are no new Bond paperbacks I need at present but I still like looking at what's in stock.  Benn's Books had some "Young Bonds". 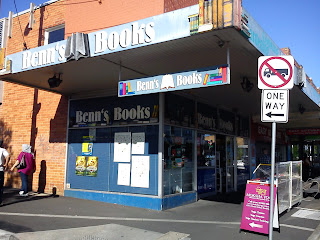 I also dropped in on a Salvation Army store close by that had hundreds of books starting at $1.  I found a couple of Charlie Higson "Young Bonds", a Sebastian Falks and also this hardback.  I didn't end up buying it, but I did consider it.  This book is in the same series as "Ian Fleming Introduces Jamaica". 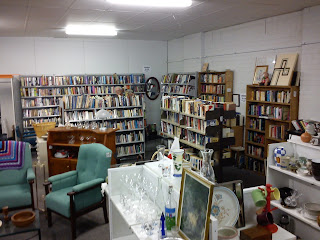 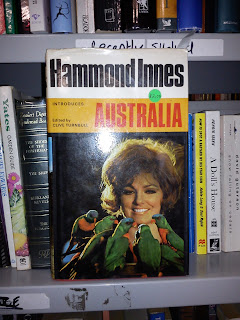 Also finally, I went to the City with my wife to see a comedy show last night.  It was too late to visit any book stores, but here's some photos I took while I was there: 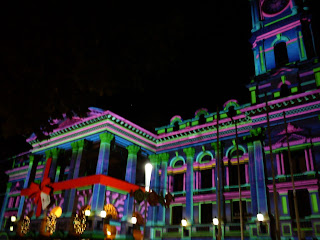 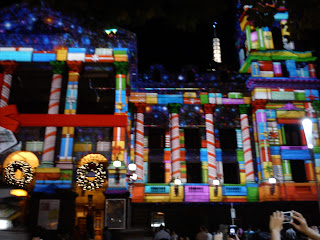 Light show on the side of the Melbourne Town Hall 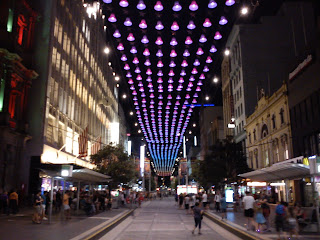 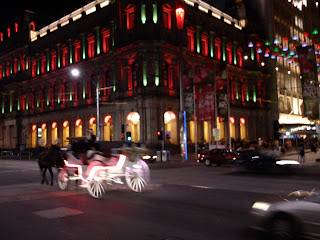 I visited a couple of book stores in Brighton tonight after work.  First I went to Thesaurus Books where they had a set of Young Bond's, but none were the Kev Walker covers. 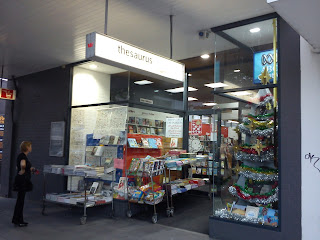 Then I went over the road to Top Titles Books.  And there it was on the shelf, my copy of "Hurricane Gold".  One corner of the cover has been slightly bumped, but only slightly.  It's easily the best copy I've found of this book, and I couldn't let it pass me by ! 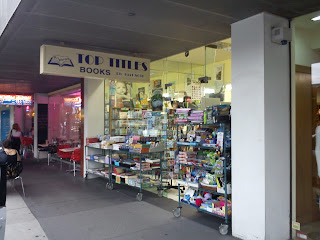 So here it is, the great copy of "Hurricane Gold" I've been searching for everywhere.  I'll be adding it to the Kev Walker Young Bond series on the Piz Gloria website ASAP.  Ahh the joys of collecting ! 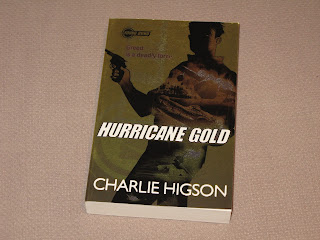 A Stay In Melbourne + Book Hunting

My wife had her Christmas party in the City on Friday night.  It was a "booze cruise" on the Yarra River and Port Phillip Bay.  So we decided to stay in the City for the night instead of trying to catch a taxi home.  Here's some photos I took while we were there: 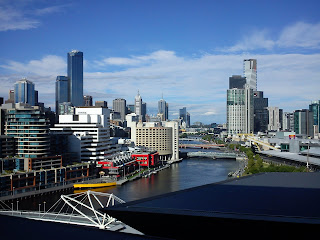 View of the Yarra from our hotel room 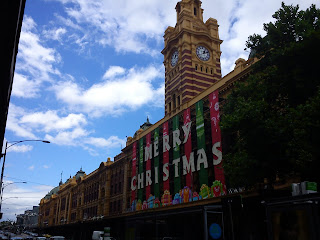 Flinders Street Station at the corner of  Elizabeth Street 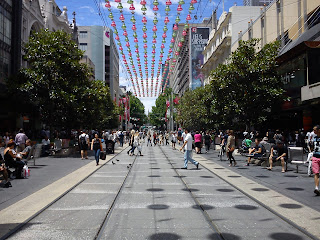 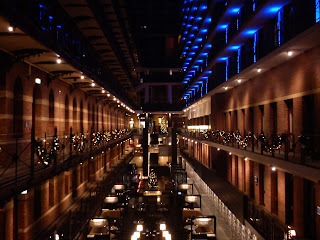 Inside the historic Rialto building

As well as getting in some shopping we also visited the usual second hand book stores: 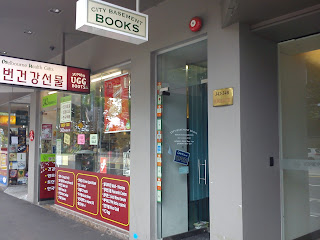 - City Basement Books - no Flemings but a couple of Gardners 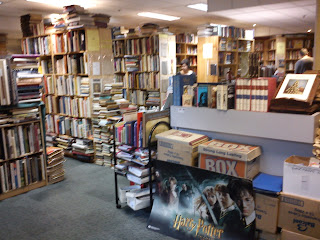 - City Basement Books again, this time inside the store 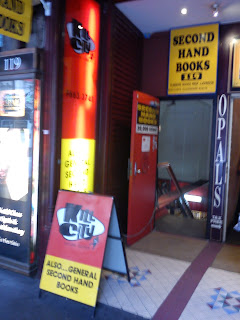 We also visited Reader's Feast, Embiggen Books and Dymocks searching for a new copy of "Hurricane Gold" in the Kev Walker Young Bond series. No luck, however I did notice that Reader's Feast and Dymocks are now both stocking the Vintage 007 series (see image below which was taken in Reader's Feast) 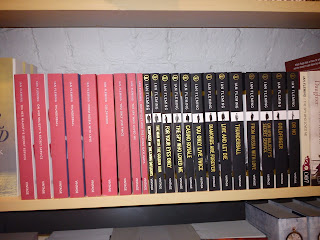 Also, on our way home we drove past Andrew's Bookshop in Ivanhoe.  I rarely visit this store, and I thought this visit was going to be fortuitus when I found a set of Kev Walker Young Bonds on the shelf.  Except on closer inspection of the copy of "Hurricane Gold" I noticed several pages had been slightly folded.  Unfortunately I had to let this copy go.  For some reason it is proving hard to find a great copy of this book ! 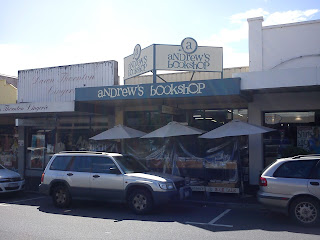 Andrew's Bookshop also stocked the Vintage 007 series, here shown on a table of books outside the store.  It appears all stores here in Melbourne are finally stocking this series. 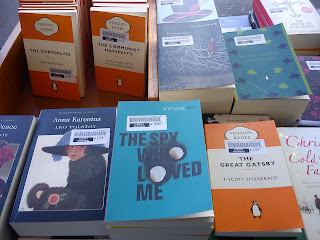 My wife and I went to the City the other day with some friends for dinner.  As we walked past the Omega store at Crown Casino I noticed they've changed the James Bond Omega Watch display again.  I'd love a copy of the Daniel Craig poster on the right...  and a watch too if it's free ! 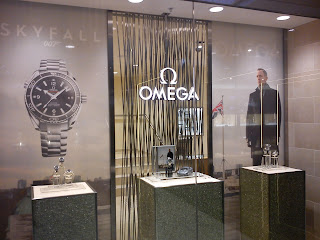 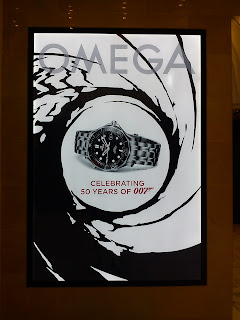 There are two decisions that have been hanging over my head for a while now regarding PizGloria:


1) While apparently very rare the site does occasionally go down or is unavailable.  I didn't know much about web hosters prior to creating the site so I was using a free web hoster named FreeHostia.  This is the web host we used as students a few years ago while doing night classes for the 10 week web course I undertook.  After speaking to one of the techies at FreeHostia I have decided to stick with them and pay a small fee per month to improve the website's reliability.  I really can't complain though as they were previously hosting my site for nothing !

2) "To ad or not to ad".  Many friends have suggested I should add adverts to the website because of the number of visitors I've been getting.  My boss at work constantly tells me how many AdSense dollars I'm missing out on.  But even now I'm paying for the site to be hosted I still want the site to be ad free.  I'm not rich or anything and I understand why others may want to have ads on their own sites.  It would certainly be cool for the site to pay for itself.  I just want to try and resist for as long as possible, hopefully forever.
Posted by Bazeer Flumore at 11:29 PM 2 comments:

The (Still) Polarising Effect Of "OHMSS"

As I start writing this blog entry it's 4:37AM in the morning and I can't get back to sleep.  I was woken by the buzz of a mosquito somewhere in our bedroom.  In turning on the bedroom light I woke my wife, who wasn't very happy, but alas I can't find the flying insect I fear the most.

I have spent the best part of an hour trying to return to sleep without luck, and for some reason I started thinking about Bond which has ultimately led me to this moment.

I watched "50 Years Of Bond Cars - A Top Gear Special" the other night when it premiered on free-to-air TV here on Oz.  I thought it was great.  Richard Hammond obviously enjoys Bond and the show was both insightful and humerous.  I especially thought the ending with the underwater Lotus was brilliant, as was the invisible van.  There was one thing that disappointed me though, the omission of "On Her Majesty's Secret Service" and I'm sure others have already commented on this elsewhere on the web.  While I love the Aston Martin DBS, surely the stock-car race in the Mustang with Tracy driving was worthy of "Top Gear".  And if this film was omitted because there's not really much of Bond driving in this film, he never actually drove the Toyota 2000 GT in "You Only Live Twice" either but there was plenty of screen time attributed to that car.

(Intermission while my computer suddenly reboots to load another Windows update.  Fortunately nothing appears to have been lost)

And then on Thursday some of my parents friends sent me an article written by Charlie Higson, a great Bond continuation author, that discussed 50 years of Bond as a cultural icon.  Yes, a very interesting article, but this time instead of omitting "OHMSS" Mr Higson wrote that "George Lazenby spoke for no one".  Now I know we've heard similar opinions about Mr Lazenby before, but in my mind in the context of the article this phrase also indicates that the film itself has no relevance to the decade in which it was made.  Yet Diana Rigg's character is surely one of the strongest in the series*, which strangely is also a decade in which women's rights were at the forefront.  And the fight scenes in the film are much more realistic than some of the previous films, the gadgets less present, perhaps because of the more gritty, less over the top films also being released or being made toward the end of the 60's at a time when the Vietnam War was in full swing ("Diamonds Are Forever" although made in 1971 perhaps a relic of an earlier 1960s).

And so again, tiredness hopefully returning to myself, I think about the polarising effect of "OHMSS" even today, some 43 years after it's release.  Surely I (and Christopher Nolan to think of it) can't be wrong when we say it's our favourite Bond film.  Yet "OHMSS" is still treated by many as an abnomally, and ignored or derided as it was in the EON Bond series until "For Your Eyes Only".

But then again, perhaps that's the attraction of the film.

* Even Daniel Craig's Bond momentarily took control of the steering wheel in "Skyfall" while Eve, Naomi Harris, was driving in the pre-credit sequence of "Skyfall".
Posted by Bazeer Flumore at 5:41 AM No comments: