Back in 1998 MGM Home Entertainment released an Exclusive Limited Edition Video Set for "Tomorrow Never Dies".  The set was only available in the UK and included a VHS copy of the Pierce Brosnan movie, a strip of film, and a paperback book. 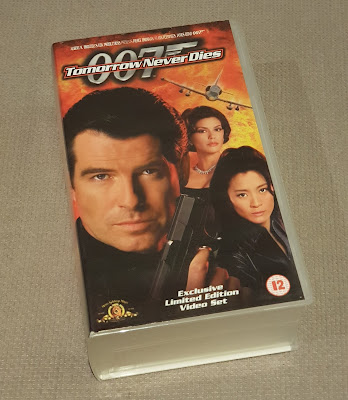 The book was a promotional paperback copy of Raymond Benson's first James Bond novel "Zero Minus Ten", first published in 1997 by Coronet.  This is the first (and only) promo paperback I'm aware of that accompanied a home cinema release of a Bond film*.

Many years ago I managed to acquire a copy of the same promo paperback sans cassette container, and now I'm stoked to have acquired the complete set. 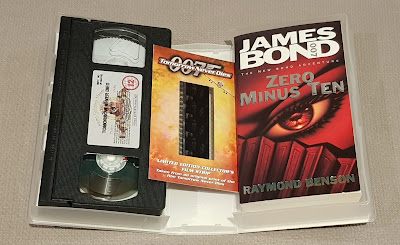 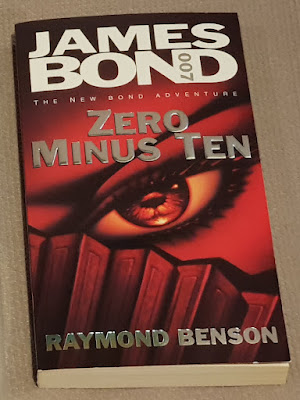 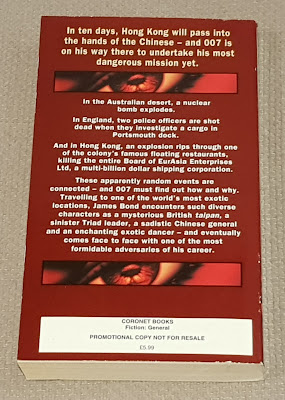 I'll hopefully add a post for another promotional paperback set soon...
Note: * Strange really as you'd expect the Movie Tie In paperback, also written by Raymond Benson in 1997 and published by Coronet, to have been a more logical inclusion with this set. 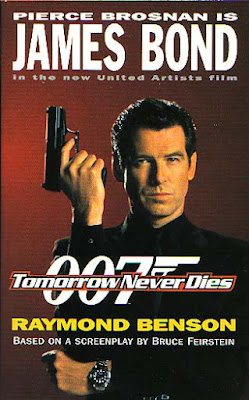 A few weeks ago I visited Canterbury Books.  It was my first visit in almost two years and after all the lockdowns it was great to see the store still going strong. 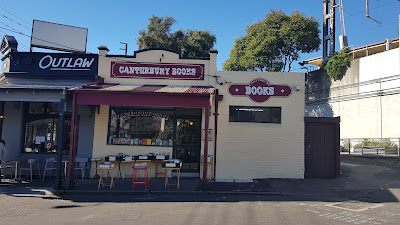 I spoke to Helen, one of the owners, asking permission to take these photos and discussing the fate of several secondhand book stores around Melbourne during the past year.  I then enquired if she had any James Bond novels and she pointed me toward a copy of Anthony Horowitz's "Trigger Mortis" (for just $2 !!!).  There were plenty of other quality books for sale at great prices too but currently no other Bond's. 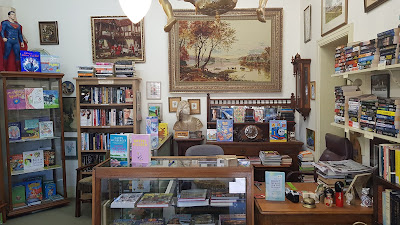 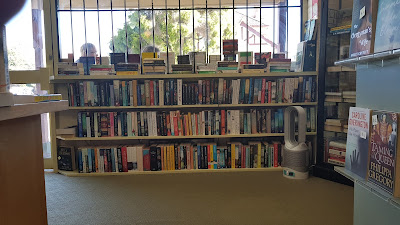 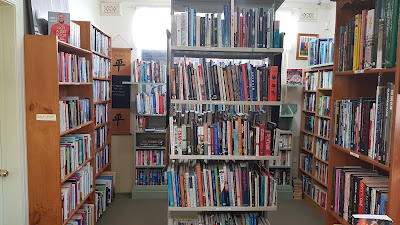 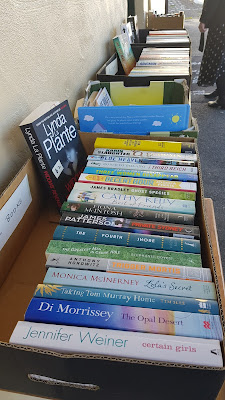 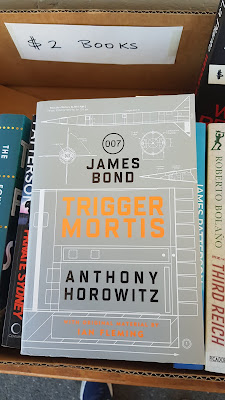 Before I left, Helen said I had to have a look at a gift left on her store windowsill by a local artist.  She was chuffed to find this book a few days earlier and open it at the bookmarked page.  Very impressive. 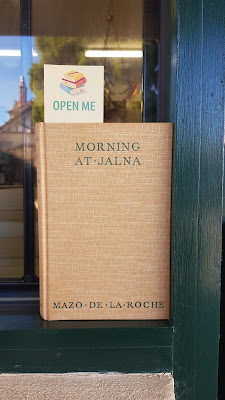 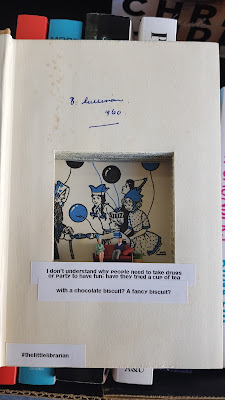