Back in 2008 Penguin U.K. published a graphic novel version of Charlie Higson's Young Bond adventure "Silverfin".  Kev Walker, creator of all the U.K. Young Bond covers at that time, was responsible for the graphics.  The completist I am I purchased a copy of this paperback but never included it on the website.

At the time I wondered, do James Bond graphic novels really belong on the same website as the novels ?  Well I recently decided why not.  James Bond has existed in graphic form for longer than he has on the silver screen, starting with the Daily Express serials of the 1950's.  And those serial readers may have later purchased Bond novels.  Young adult readers of this "Silverfin" graphic novel may have done exactly the same.  Basically it's the same story.... just in a different format.

So I started adding a new page to the website for Graphic Paperback Novels.  I already owned another graphic paperback published by Marvel that was an interpretation of the film "For Your Eyes Only" starring Roger Moore as Bond.   Then I happened to look for further graphic paperbacks on the web and in Bond forums just in case I was missing any, and sure enough I discovered another collector owned a U.S. Disney-Hyperion Books version of the "Silverfin" graphic novel that was published in 2010.  At first glance the U.S. cover is very similar to the U.K. one so I understand how I could have missed it.  Regardless it was time to hunt a copy down.

Today I received a parcel in the mail... 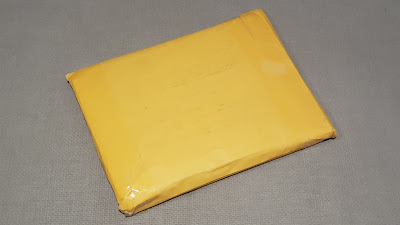 which contained the aforementioned U.S. publication: 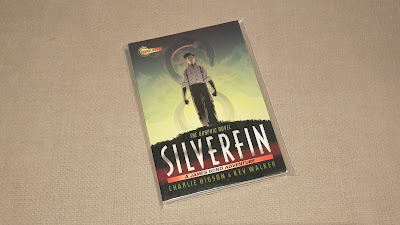 So now I have three graphic paperback novels, and I'm keeping my eyes open for more.