Coronet "Dr No" And "From Russia With Love" Cover Variations

For the first time in the 1980's a series of James Bond paperbacks was published that not only featured the original 14 Ian Fleming titles but also many titles by continuation authors.  This fine series was published by Coronet, and there were two titles in particular that stand out to me for their variant covers.

The first is "Dr No.  Almost all printings of this title feature a spider on a black background.  That is, except for the now well known 9th edition which features a woman's hand (Honey Rider's ?) holding a knife on a blue background.  A full explanation for this anomaly can be found on The Book Bond website. 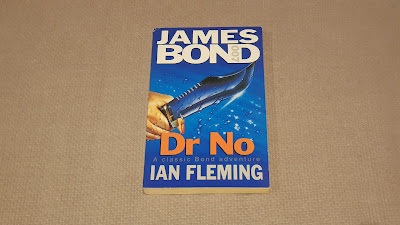 However there are also other subtle variation covers for this Coronet title.  They all relate to the author's name at the base of the cover.  The standard text is grey embossed, but there's also white embossed and grey flat (the latter two being 14th printings).  I have found no explanation for these changes which appear to be more than just printing errors. Regardless, the four covers all have the same barcode: 9780340418994 00599 and ISBN: 0340418990. 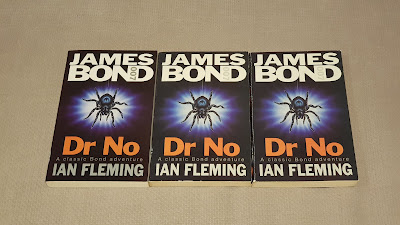 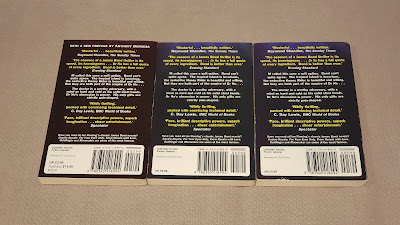 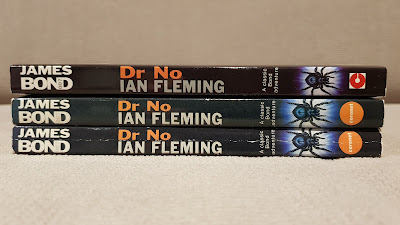 The other Coronet title with cover variations is "From Russia With Love".  While there was no completely different cover image published, there were again changes made to the author's name text at the base of the cover.  All editions of "From Russia With Love" feature what looks like a Faberge Egg exploding.  But while almost all covers have grey embossed text with the barcode: 9780340425626 00599 and ISBN: 0340425628 strangely the 6th edition has metallic looking silver foil flat text with the barcode: 9780340723418 00599 and ISBN: 0340723416.  Even the spine on this edition has the silver foil ! 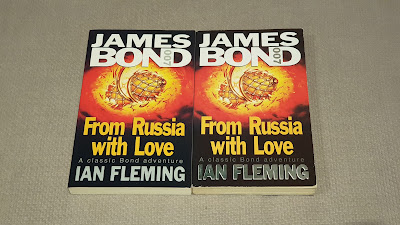 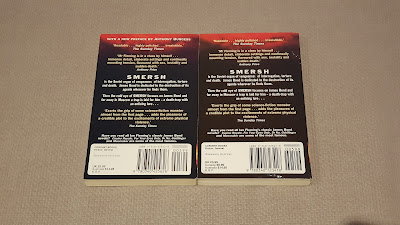 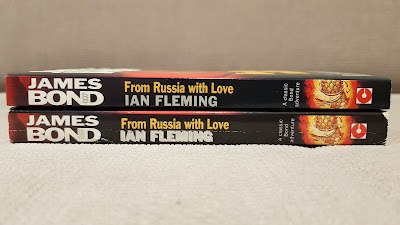 I'm really curious about these cover variations and why they exist.  I wonder if there are more subtle differences for this Coronet series out there ?  And I'm also puzzled if Coronet was prepared to play with cover text styles why they didn't fix a glaring mistake with this series in subsequent printings, the omission of the image from the spine of "Live And Let Die", the only cover as such ? 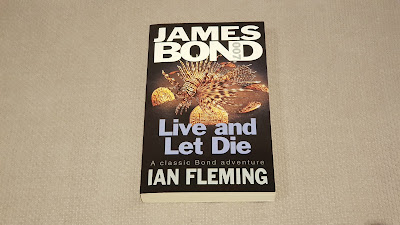 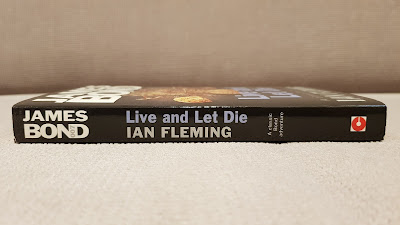 I will be keeping an eye out for any further cover differences in this series.  But I would like to thank John F. who sent me an email in 2012 alerting me to many of these cover variations.  It has only taken 10 years to acquire them all.
Posted by Bazeer Flumore at 1:09 PM

Email ThisBlogThis!Share to TwitterShare to FacebookShare to Pinterest
Labels: 007, Coronet James Bond, Dr No, From Russia With Love, Ian Fleming