Sadly, Life Must Go On

My sister-in-law has accompanied my wife and I on many book hunting adventures.  Sadly, less than three weeks ago she passed away from Covid.  She is 47.

Two weeks ago my wife and I used her laptop and I noticed she'd opened all of the post notification emails sent from this blog.  Not only has my wife lost her sister, her family a daughter, and myself a great friend, but there's now one less regular reader of this blog.

After the funeral my wife and I took a week off work.  Collecting James Bond novels certainly wasn't a priority during this time.  In fact I still have a pile of books in their postage parcels that I haven't opened yet.  However we happened to pass two second-hand book stores while we were travelling to the Mornington Peninsula for a day trip and we made some quick stops.

The first was Chapter House Books in Mornington.  As I took photos of the street frontage I was shocked to see a "Business For Sale" sign on the front window. 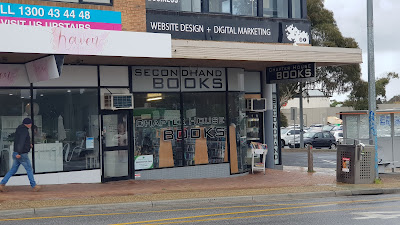 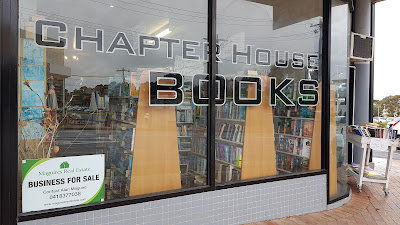 I entered the store and scoured the books on the shelves, before purchasing an unread trade paperback of Jeffery Deaver's "Carte Blanche" which contained an autographed book plate from the author.  I spoke to the friendly woman behind the counter and she explained she'd operated the store for over 14 years and it was time for a change, so they were selling the entire business in the hope someone else would continue it.  Good luck to the owners and I hope the business does continue.

Here's some photos from inside the store as well as the book I purchased with its book plate. 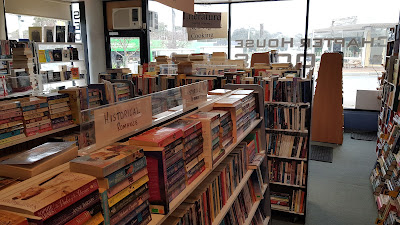 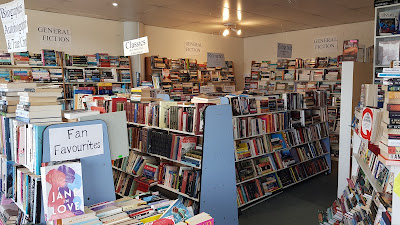 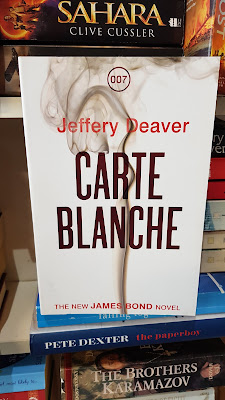 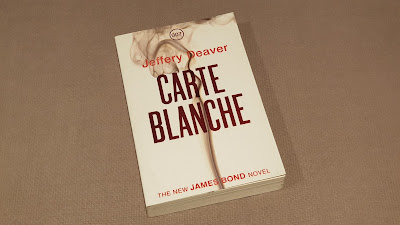 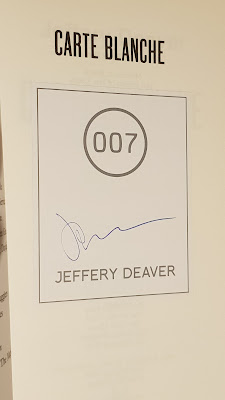 Next stop was Frankston Book Exchange.  Rob was behind the counter suggesting books to read to another customer. 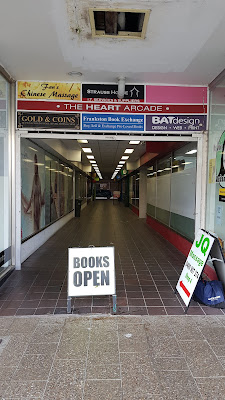 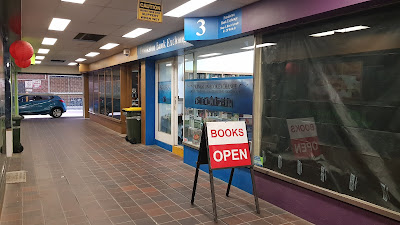 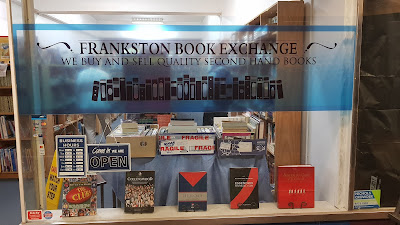 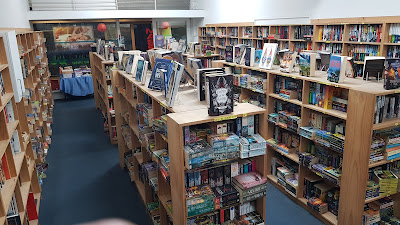 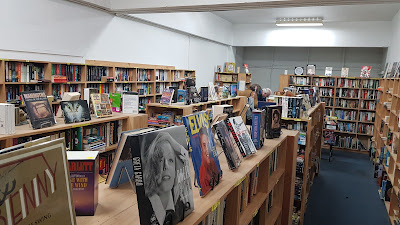 James Bond adventures are located on the left near the front of the store, along with Agatha Christie and Ngaio Marsh mysteries, and other popular vintage authors. 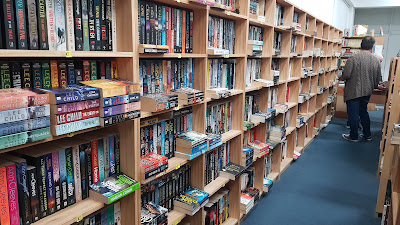 There were five Bond paperbacks on the shelf, as well as a 7th impression hardback of "The Spy Who Loved Me" published by Jonathan Cape in 1965.  I already had all the paperbacks and the Cape hardback, but the Cape still had its dustjacket which is not common.  I opened the inside cover and noticed that the jacket was taped to the inside of the cover which isn't ideal.  However for AU$40 I knew it was still a reasonable price. 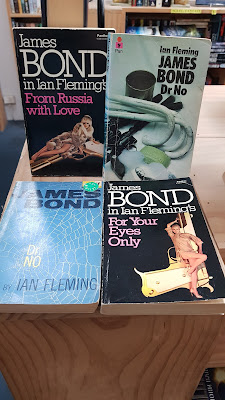 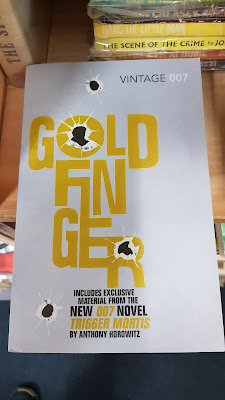 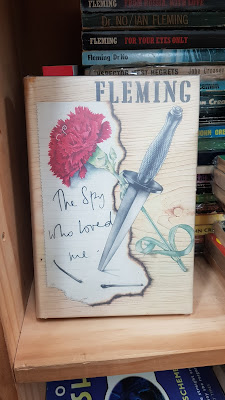 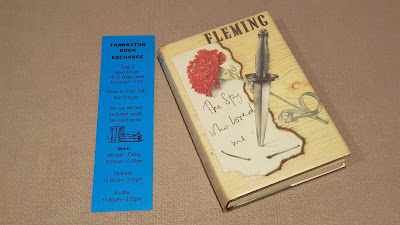 Before I left I asked Rob about his brother's second-hand book store, the Pakenham Book Exchange, which was closed on my last visit and he explained it was still temporarily closed.  There had been a fire in an accompanying shop in the arcade and the owner was still waiting on repairs to be carried out.  His brother had thrown out hundreds of books because of water damage caused by the response to the fire.  I hope the book store reopens soon.

Email ThisBlogThis!Share to TwitterShare to FacebookShare to Pinterest
Labels: Chapter House Books, Frankston Book Exchange, The Spy Who Loved Me