"No Time To Die" One-Sheet Posters

I recently received these two "No Time To Die" Australian one-sheets.  The posters appear to have never been displayed.
The first was designed for the postponed April 2020 release date, which was already the second (or third ?) abandoned release date due to the global Covid-19 pandemic. 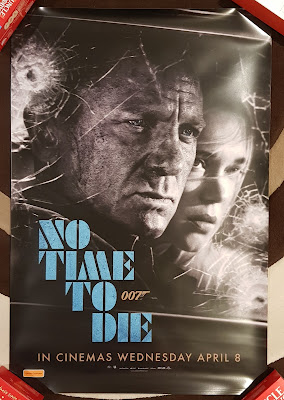 The second one-sheet was used for what was the final release date in November 2021. 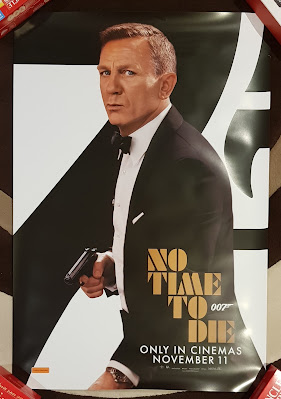 With the benefit of time since my last viewing I think that "No Time To Die" was both a bold and worthy conclusion to the Daniel Craig era.  Part progressive, part retrospective, and the book-end to an almost complete universe outside of the previous James Bond timeline.  "No Time To Die" has proven to be a very controversial addition to the Bond canon among Bond fans, and film fans in general, yet it has also re-invigorated a franchise that this year celebrates it's 60th anniversary.  And the most interesting question everyone asks is "Where to next ?".  James Bond will return.
Posted by Bazeer Flumore at 9:53 PM

Email ThisBlogThis!Share to TwitterShare to FacebookShare to Pinterest
Labels: No Time To Die, One Sheet Poster