This morning I attended the Malvern Vintage & Modern Toy Fair.  Lots of action figures, lots of Star Wars, lots of toy cars... but unfortunately not much James Bond.  This is all I could find: 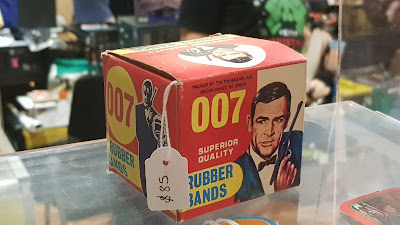 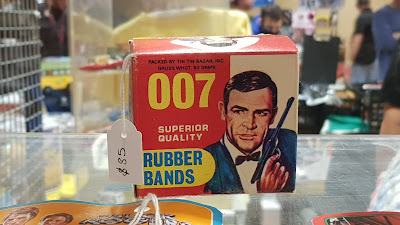 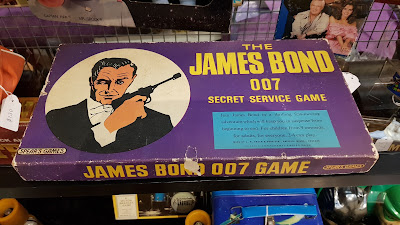 Sadly nothing grabbed my fancy.
Afterwards I visited Lobos Collectables in Thornbury where I noticed this "Diamonds Are Forever" lobby card.  Not sure if it's from 1971 but I thought it was good value for $15.  It was a difficult decision but I decided against buying it. 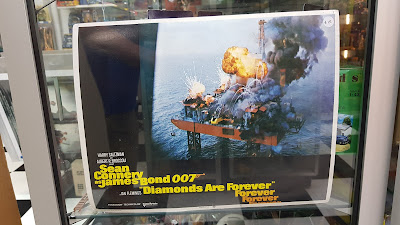 The real reason I visited Thornbury was to visit Howard Bolton Bookseller next suburb along in Northcote.  It was my first visit in about a year.

As soon as I opened the front door Howard was behind his counter cheerfully greeting me.  And his store looked great. 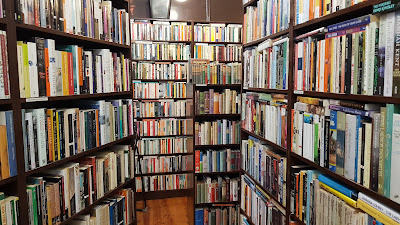 As usual he had some fine condition Bond paperbacks on his shelves. 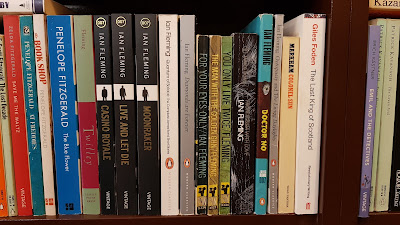 I decided to buy two paperbacks.  The Pan "You Only Live Twice" is a paperback 1st and the Triad Panther "Colonel Sun" was in great condition.  Both books look unread.  They will go into my box of paperback doubles. 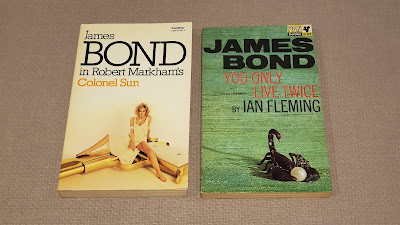 I noticed as I was leaving there was a box set of Penguin Ian Fleming titles.  I didn't take a photo but it was this set (which I already have).  I don't see this set available for sale on shelves very often. 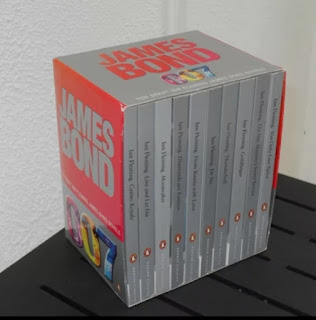 Finally I returned to Thornbury to visit Fully Booked. 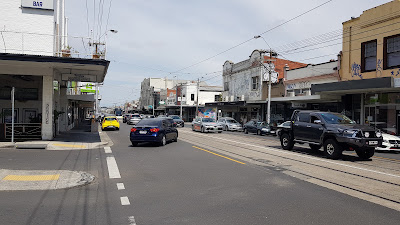 I was ready to be met Rallou and her husband Tadhg behind the counter however I forgot Full Booked isn't open on Sundays !  I managed to grab these photos anyway: 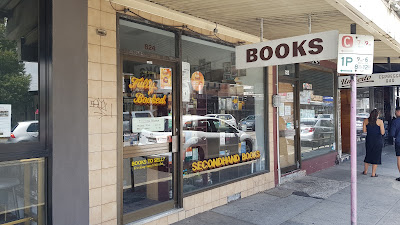 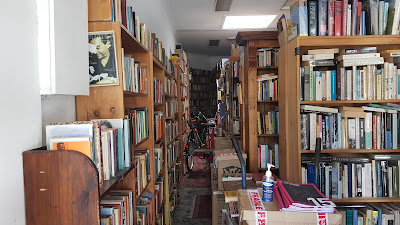 I will return to Fully Booked some time in the near future, on a day that does not start with the word "Sun".
Posted by Bazeer Flumore at 9:33 PM