In 2019, Arcturus Publishing Group in the UK released a set of five Ian Fleming - James Bond titles for the Canadian market.  I managed to purchase these five books last year however the set also came with a slipcase which had evaded me.  A few weeks ago a friend of mine in New Zealand, John F, messaged saying he'd acquired a spare set of these books still in its slipcase and asked if I wanted to buy it from him.  The set arrived in the post a couple of weeks ago. 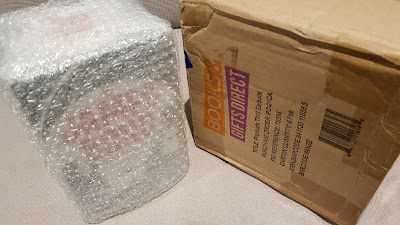 I'm still unclear on the logic behind the five titles included in the set as Ian Fleming's James Bond novels were published annually.  The original publication dates of these five novels are: 1953 ("Casino Royale"), 1954 ("Live And Let Die"), 1957 ("From Russia, With Love"), 1959 ("Goldfinger") and 1961 ("Thunderball") so as you can see they're pretty random titles.  Perhaps they were deemed the most iconic Bond titles, or perhaps the favourite five of the person who was asked to select them.  Who knows ? 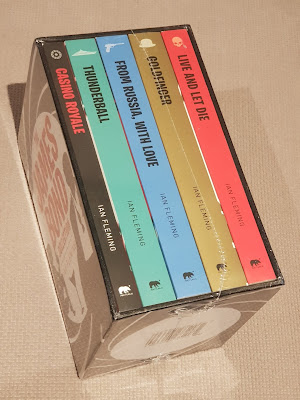 But it's the slipcase I was really after, and it looks pretty cool.  Among the images there's even the silhouette of Daniel Craig from the "Casino Royale" film poster of 2006. 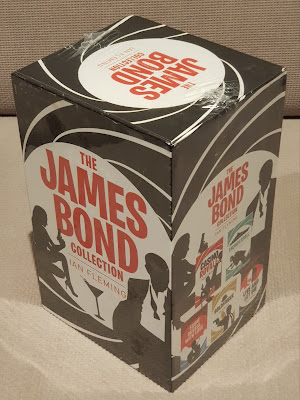 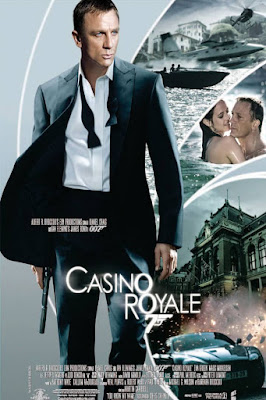 Here's a couple more photos of the boxset: 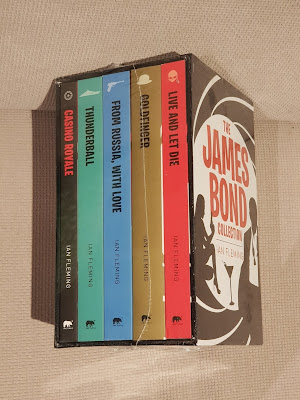 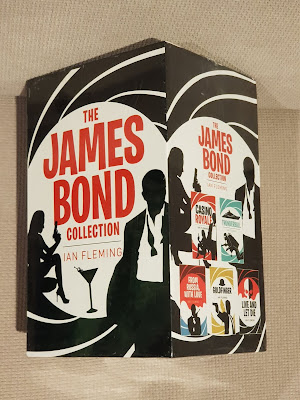 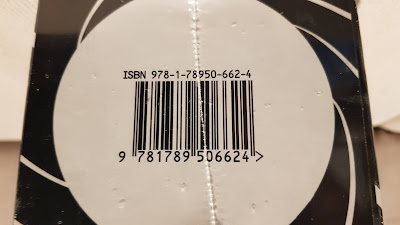