Today we enjoyed a James Bond / Dan Brown guided tour of Istanbul.  We were met in the lobby of our hotel at 9AM before being led out onto the streets.  Our tour guide named Hero spoke perfect English and shared the typical relaxed attitude as the rest of the citizens of Istanbul.

We first visited the underground Cistern which was used in "From Russia With Love" when Kerim Bey took Bond to the periscope under Smersh's Istanbul headquarters.  It was an amazing experience.  So quiet and cool, and the lighting on the columns was very effective. 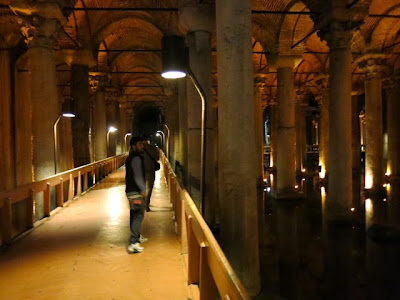 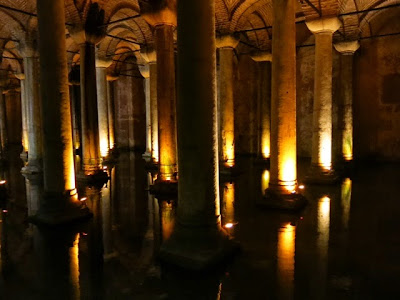 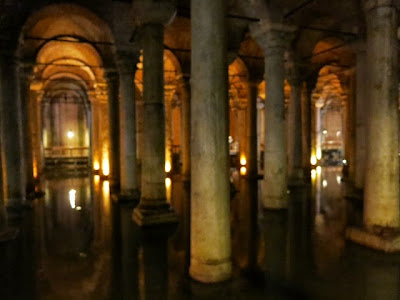 Next we visited the Grand Bazaar and after 30 minutes of walking past the stores of scarves, souvenirs and carpets suddenly we were in the old jewellery Han climbing steep stairs, ducking through low roofed arches before finding ourselves on the roof of the Bazaar.  It wasn't the actual tiled part of the roof used by Bond in "Skyfall" (there had been a recent robbery near that area) but it was still a magical place and provided a great vantage point over the whole of the city. 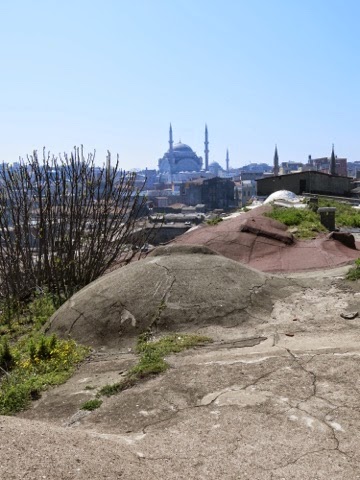 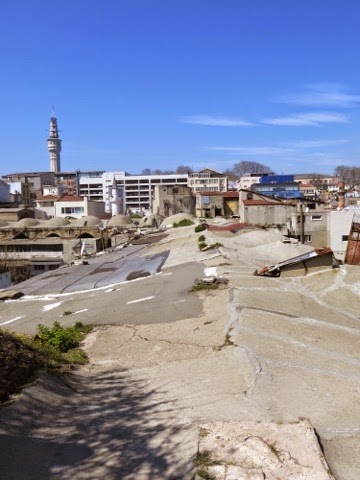 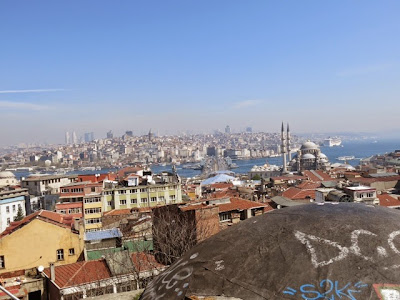 After reluctantly leaving the roof we then visited sites used in the Dan Brown novels.  And the street shown below was used in the film "Taken 2". 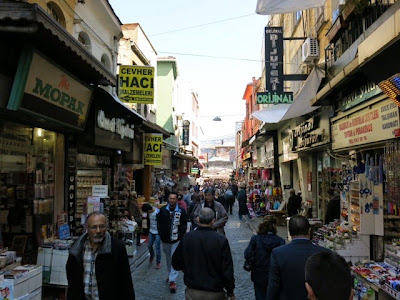 During the rest of the day we visited a mosque, a famous cemetery, the Spice Bazaar, Taksim Square, the Asian side of Istanbul via ferry and Maiden's Tower. 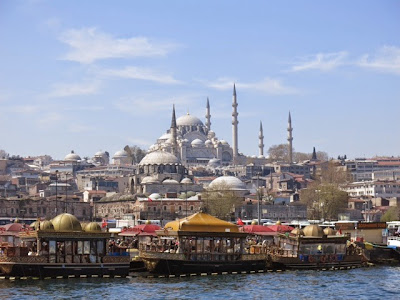 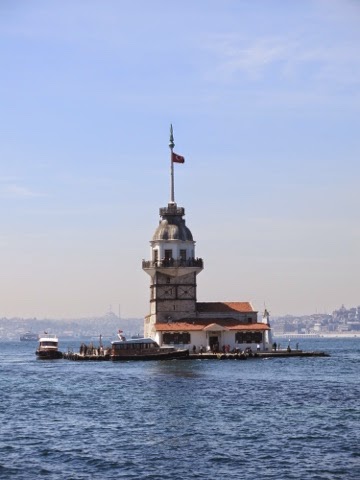 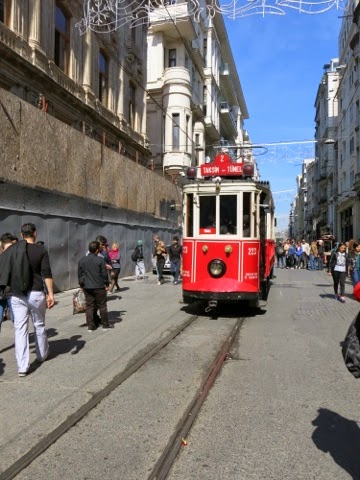 And then after I told Hero I collected Bond books he took us on a detour to some second hand book stores he knew.

The first was an underground book store that looked like it was operated by uni students.  No luck here. 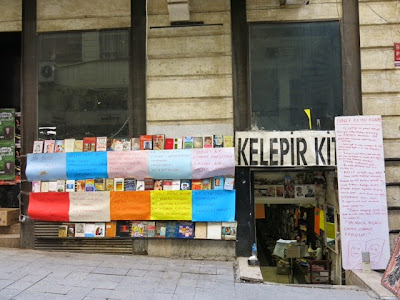 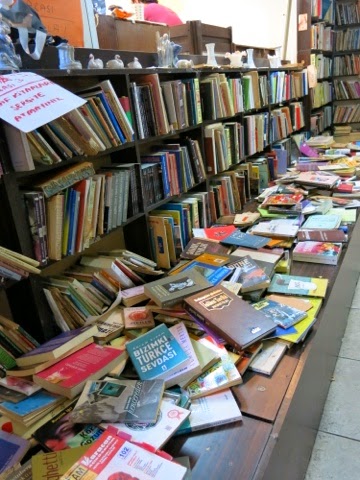 Then we walked to a building that used to sell exotic flowers.  Just around the corner were many small stores selling second hand books.  It was here I had some luck finding some 80's Turkish language Bonds. 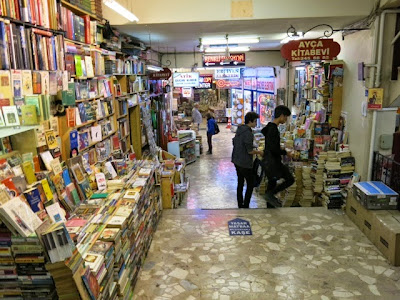 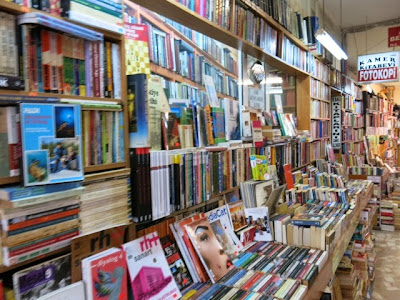 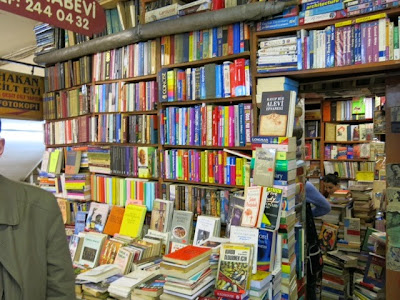 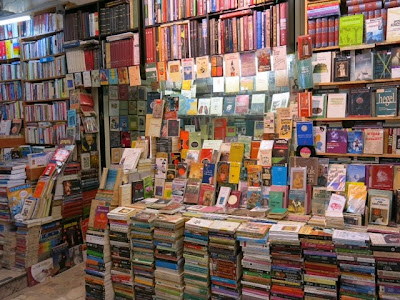 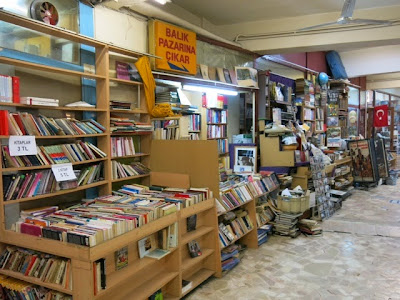 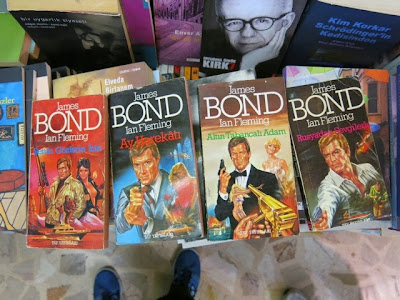 I ended up buying three of these.  I already have another 8 in this series. 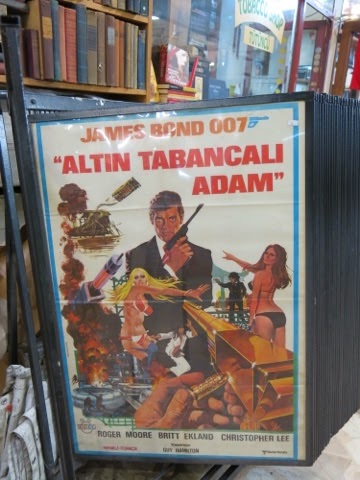 I also noticed this Turkish film poster but the price was too expensive.

So in summary we saw heaps of sights and probably walked at least 10km.  Both my wife and Mona also had a great day and felt the Bond connection with the tour was minor which made it more enjoyable for them.

Now I have to say if you want to see all the Bond filming locations in Istanbul and learn heaps of details about them... this isn't the tour for you.  However as a tour of Istanbul with the added bonus of visiting some locations seen in Bond films this is the one.

If you're planning on visiting Istanbul in the near future and you're after a relaxed guided tour for the day involving lots of walking I'd definitely recommend Hero as your guide.  His email address is kahraman_kevs at hotmail.com.  Our tour lasted from 9AM to 4:30PM for just the three of us.
Posted by Bazeer Flumore at 7:40 AM