After catching a train from Lyon our first stop in Switzerland was the capital, Bern.  We spent two nights in this beautiful city, and as an added bonus our hotel was located in the historic old town.  Cobble stone streets, tall uniform sandstone buildings, magnificent churches and fountains were everywhere and the camera certainly got a workout.

Having planned ahead a little, there were two important locations I had to visit in Bern; both James Bond related.

The first was a doorway used for an external scene in "On Her Majesty's Secret Service".  In the scene Bond (Lazenby) walked into the building through this doorway before breaking into a safe in Gumbolt's office.  There was also a shot of this doorway when Gumbolt exited and re-entered the building for his lunch break.  The location can be found opposite the Bern Railway Station at Bollwerk 15. 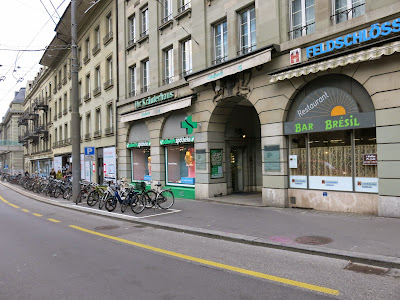 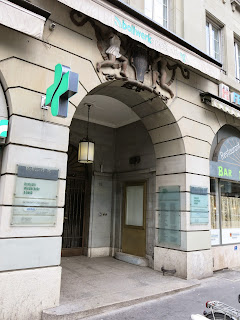 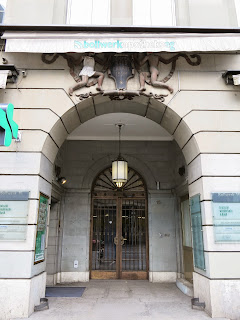 The second location was also from "On Her Majesty's Secret Service", this time the Bear Pit (or Bärengraben) briefly seen in the film before the camera pans up to a moving car (carrying Bond) travelling over the bridge visible in the background.  As it's May the bears are currently being housed in a zoo elsewhere so the pit was empty.  I was actually glad though as while I'm sure they're well cared for I'm still not sure about keeping bears in a concrete pit. 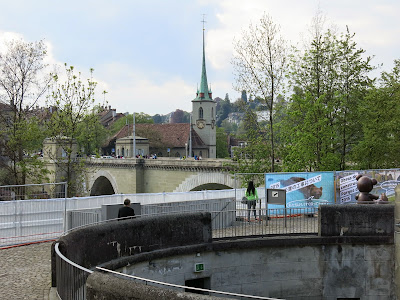 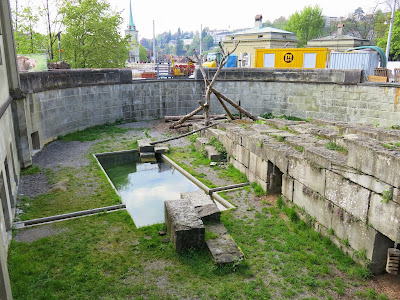 Having found the two Bond film locations, next on my list were the book stores.  I managed to find some second hand book stores... 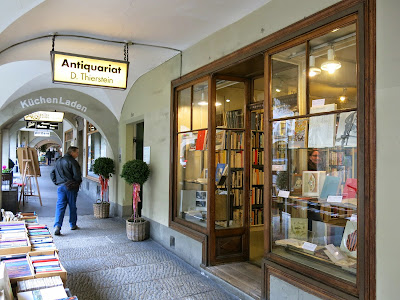 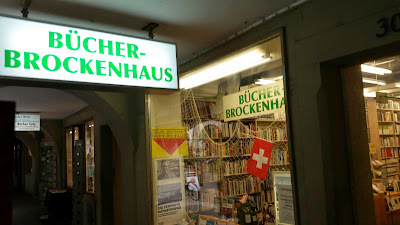 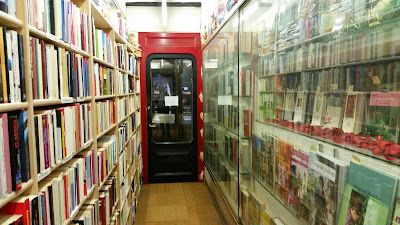 ... but it was the new book stores where I had the most luck.  First was a store in the main railway station where I purchased this German copy of "Colonel Sun".  The artist Michael Gillette has already had 14 covers released in the German Ian Fleming series, a few of which differ from the English language series.  He was then asked to continue the same series of cover designs for "Colonel Sun" followed by several John Gardner books, with more on the way.  I have to say they look fantastic.  The spines are numbered and uniform.  If I had the money I would definitely purchase them all however at this present moment in time I could only buy this one token copy. 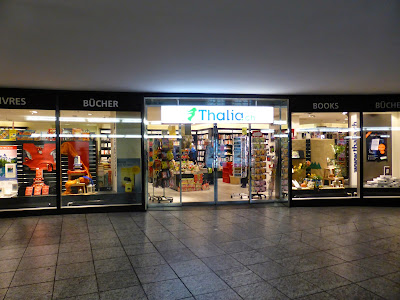 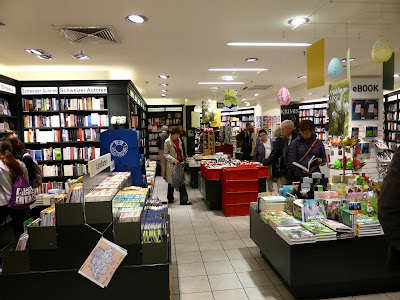 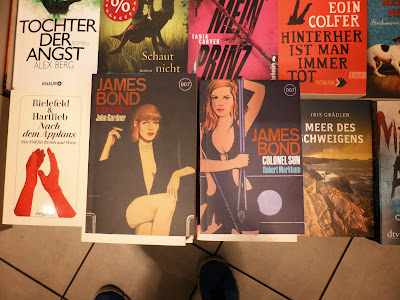 The second book store I found was Stauffacher.  This store was huge and as Switzerland is multilingual it contained German, French and English language books.  The staff were very friendly and helped me in my search for Bond novels.  I ended up purchasing the German copy of "Solo" by William Boyd shown below, the third different edition of this book I've purchased this holiday. 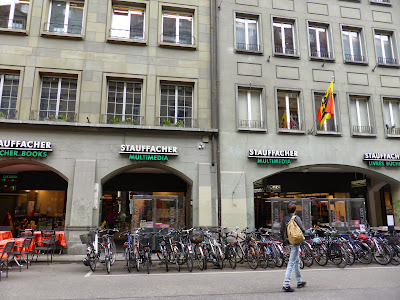 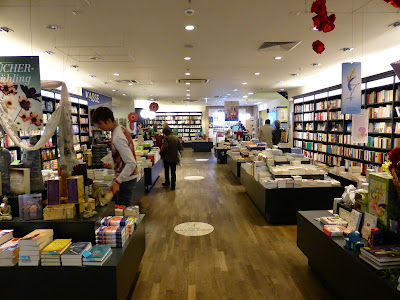 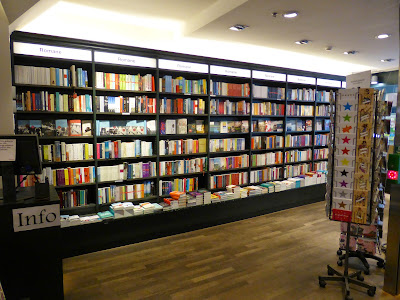 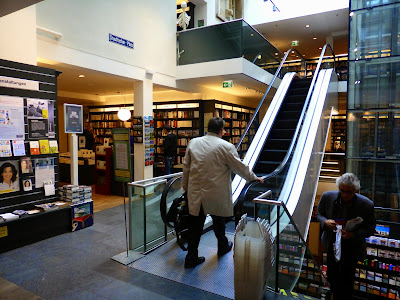 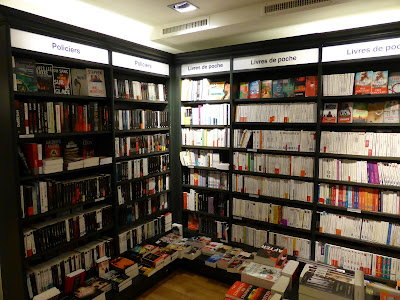 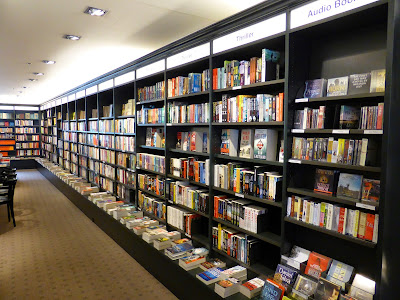 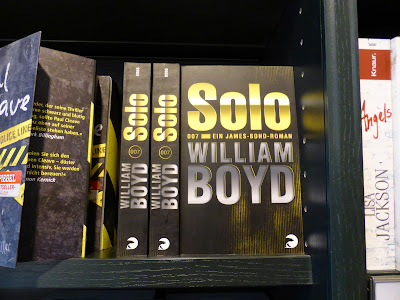 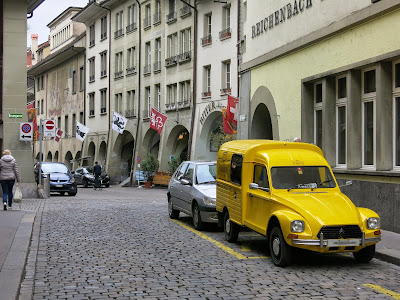 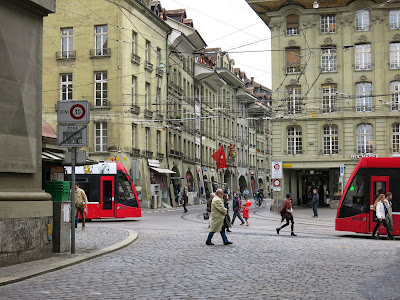 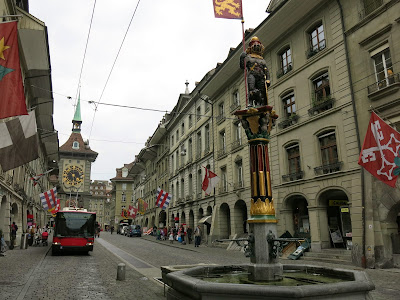 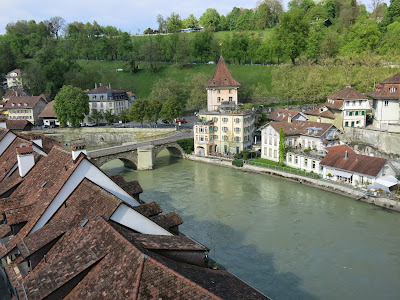 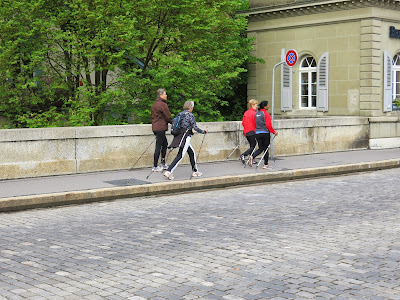 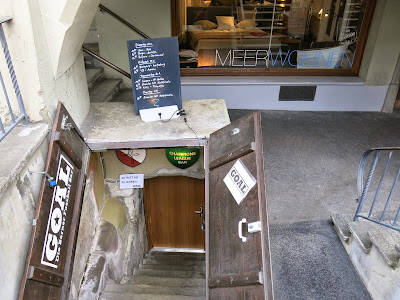 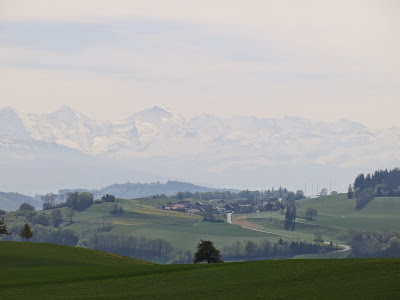 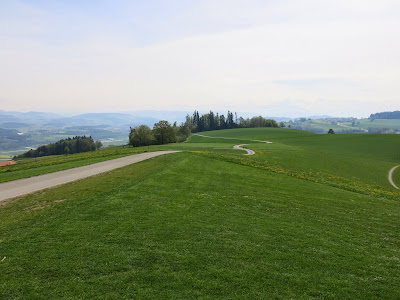 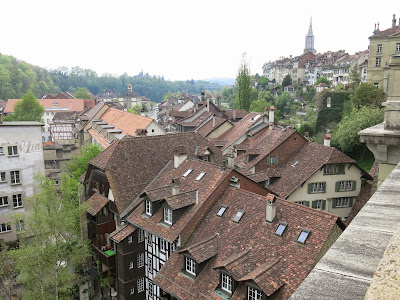