Today my wife and I attended the annual Book Fair in Yarragon, as we have for the past three years.  This year we were also accompanied by her parents for the hour-and-a-half drive to the small country town situated on the Princes Highway. 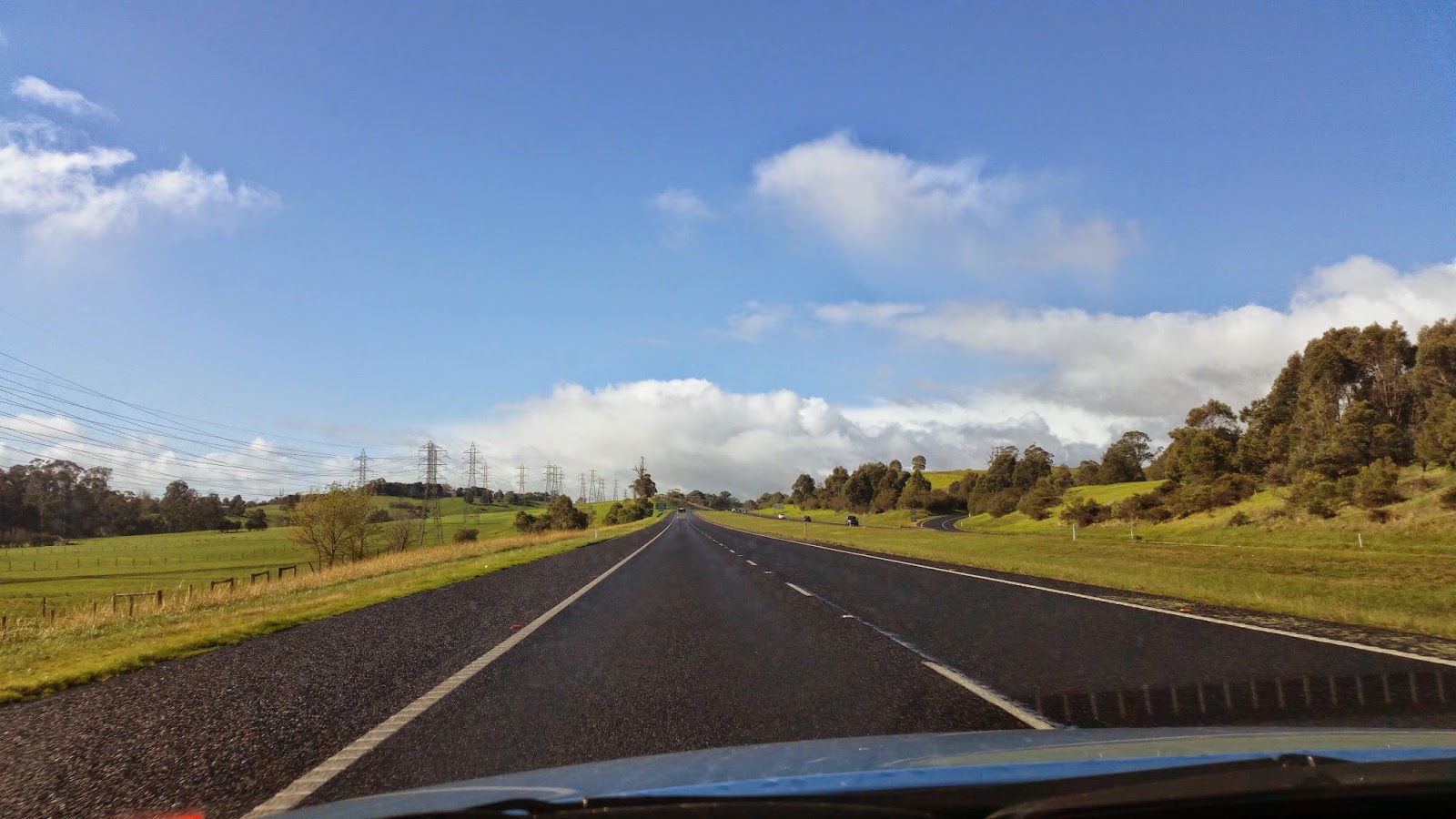 When we arrived it wasn't hard to notice the fair was on, so after an early lunch at a bakery cafe on the main street we made our way by foot to the hall. 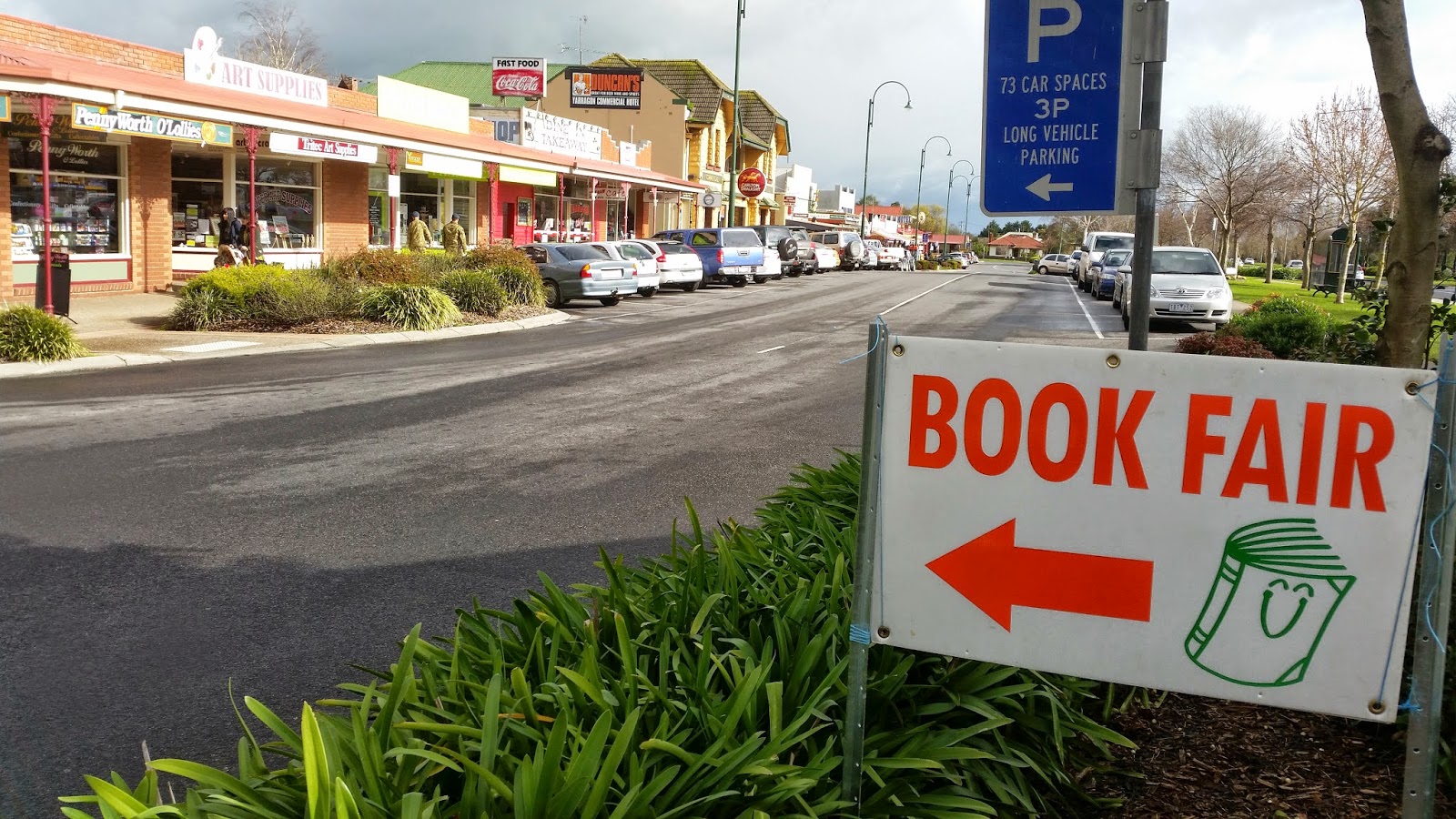 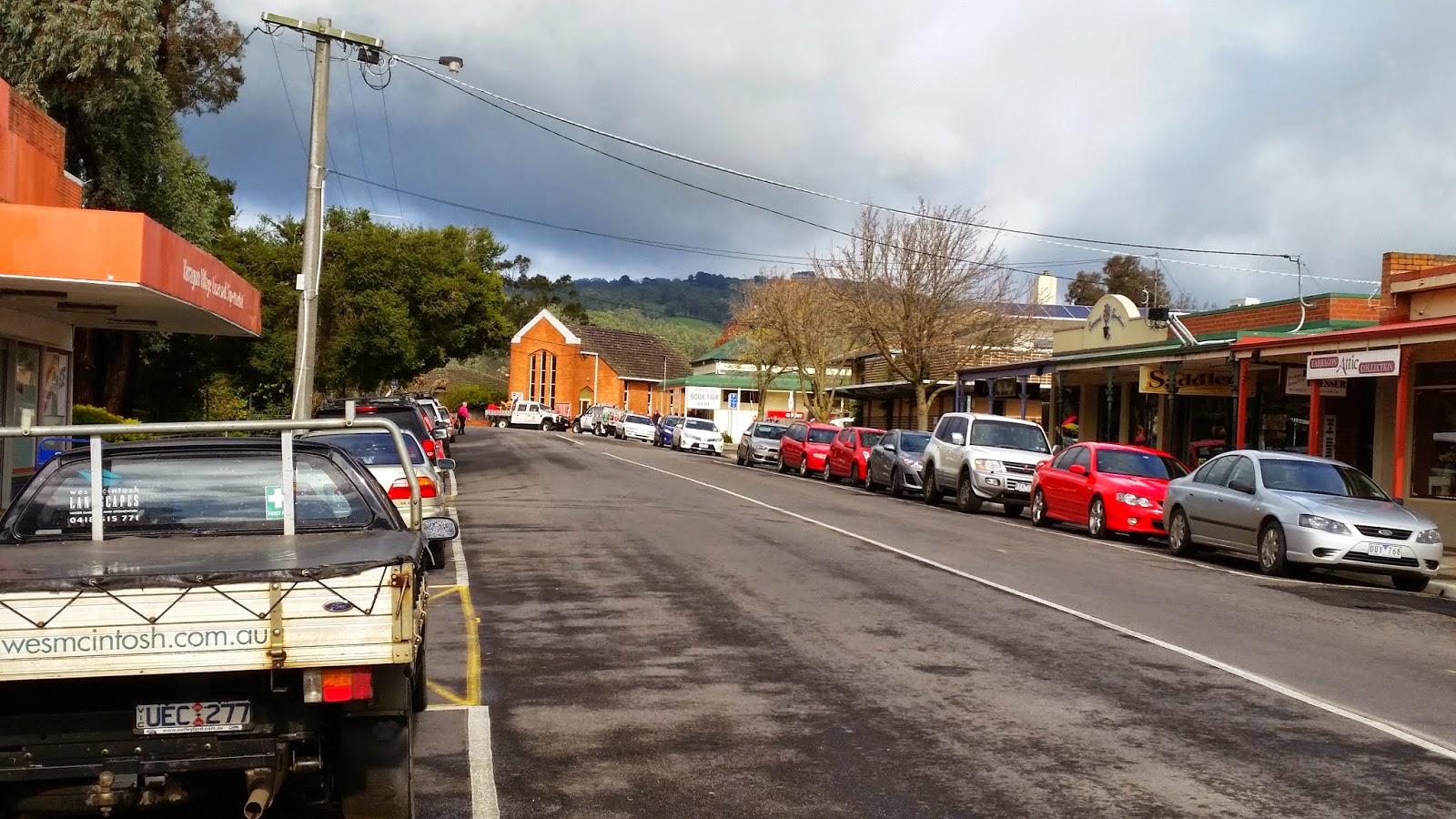 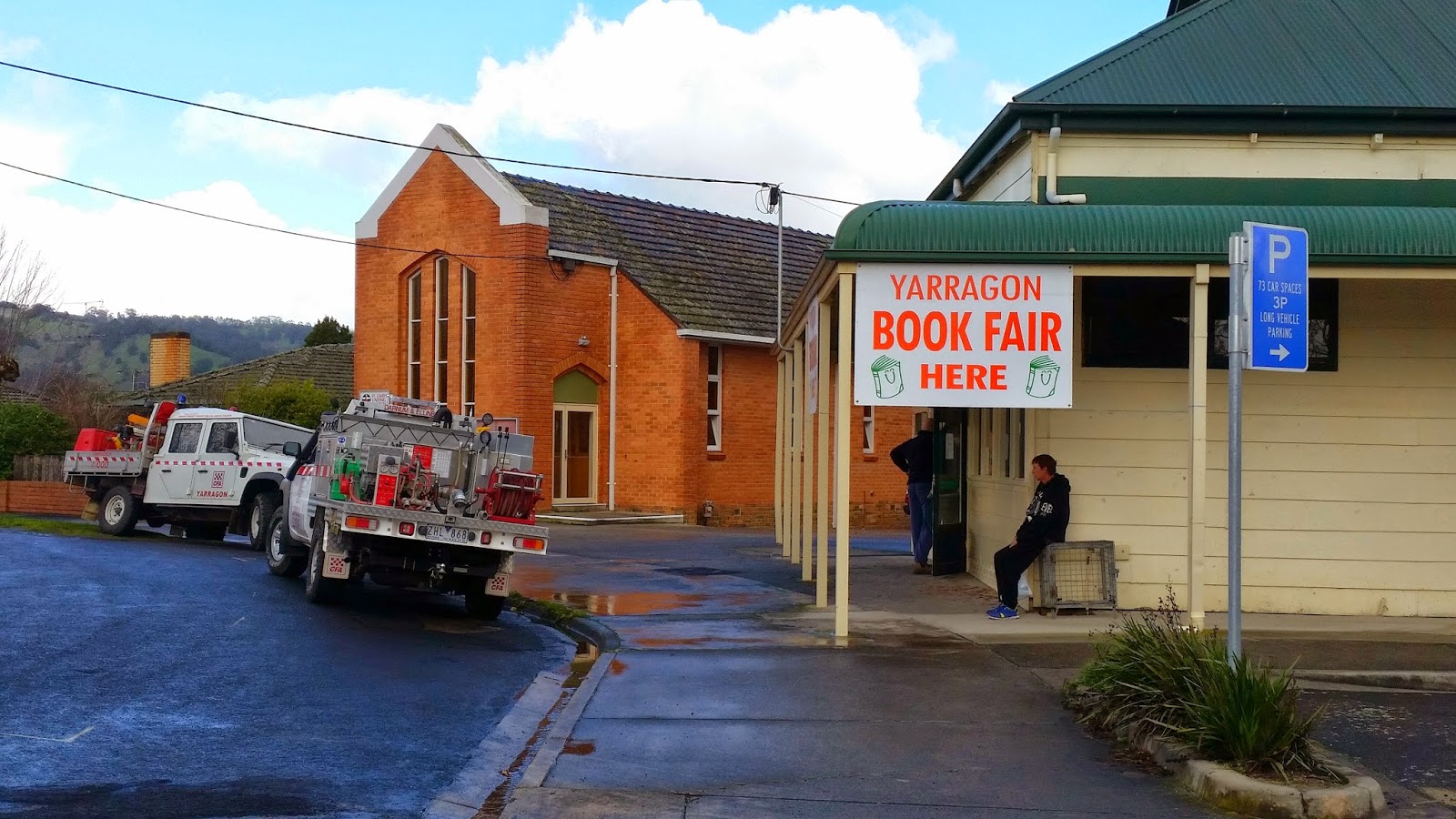 Inside as usual there were hundreds of books for sale with prices from $1 to $4 each.  All books were second-hand or remainders and the majority were in great condition. 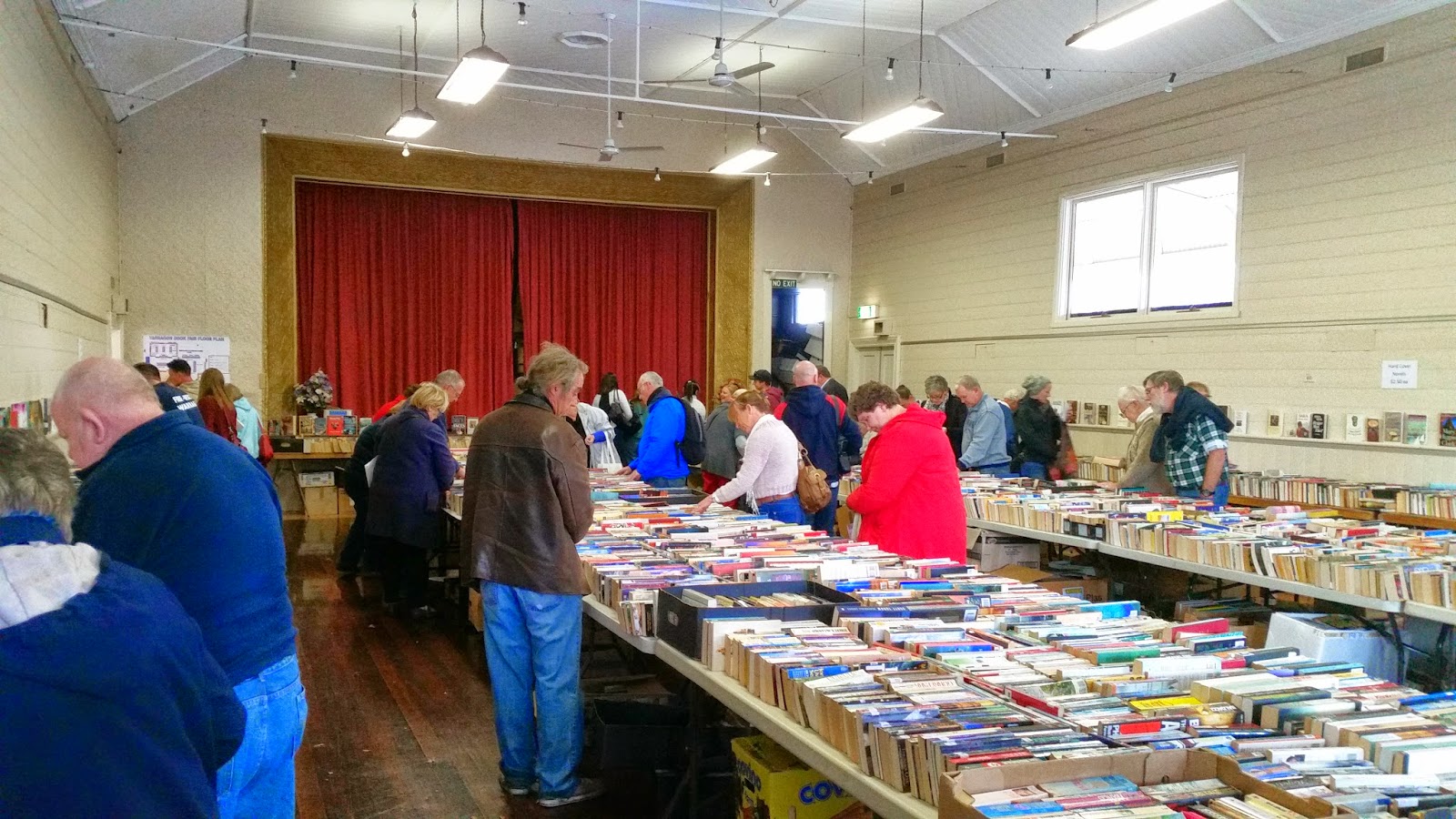 Unfortunately we found no Bond paperbacks or hardbacks in the main hall, however while in the adjoining building containing almost as many books my wife noticed two copies (shown below) of Sebastian Faulk's "Devil May Care". 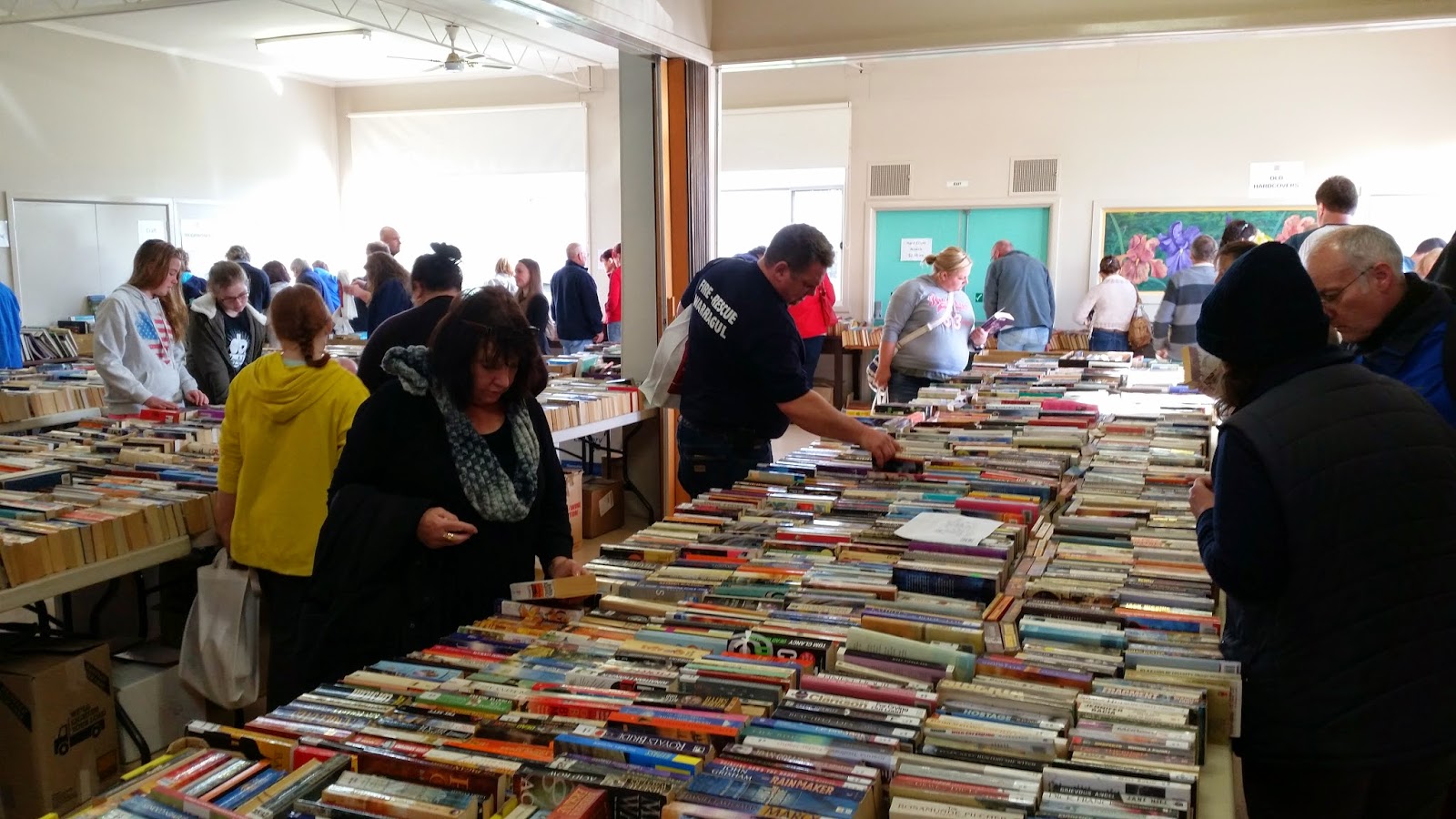 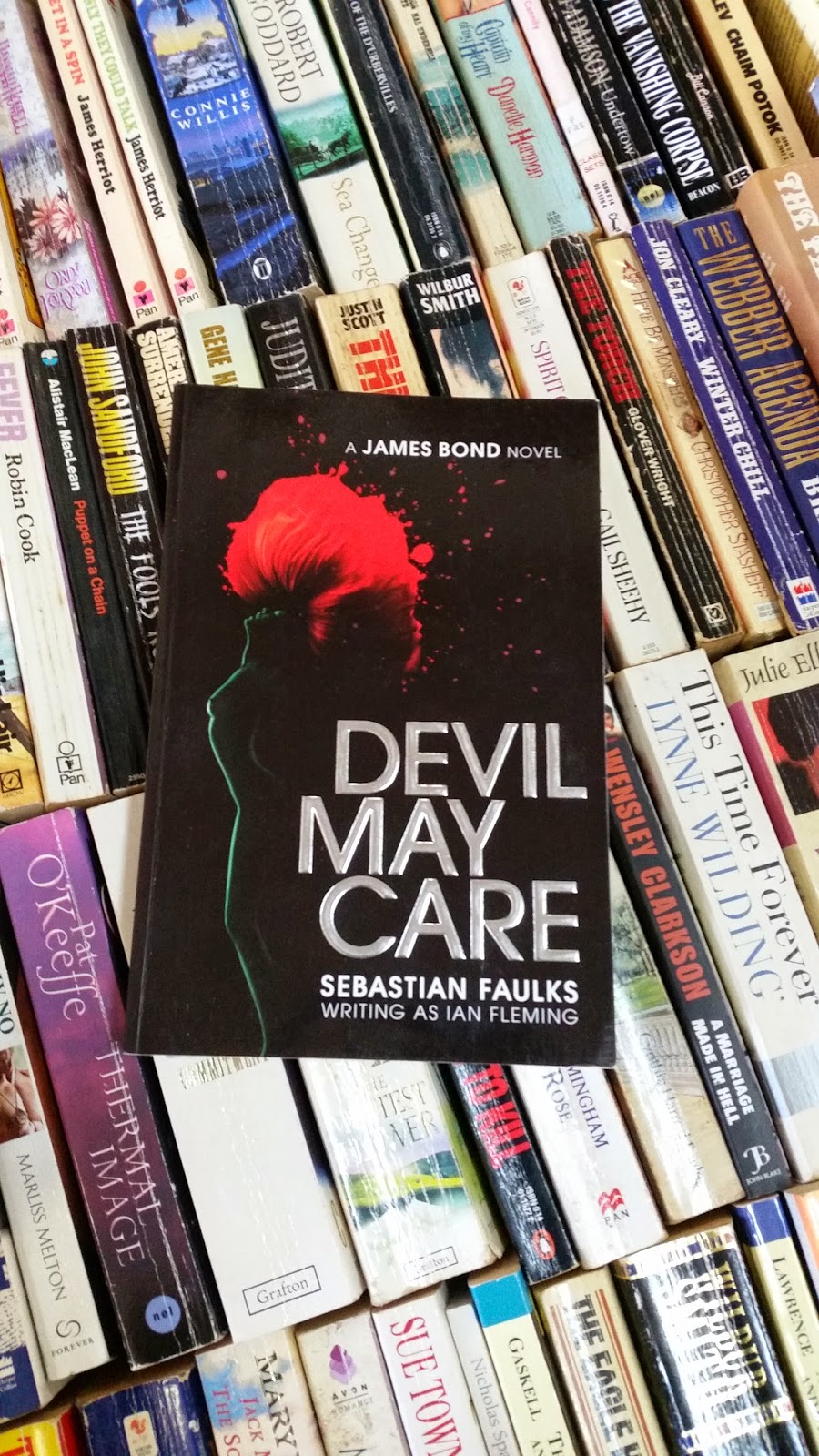 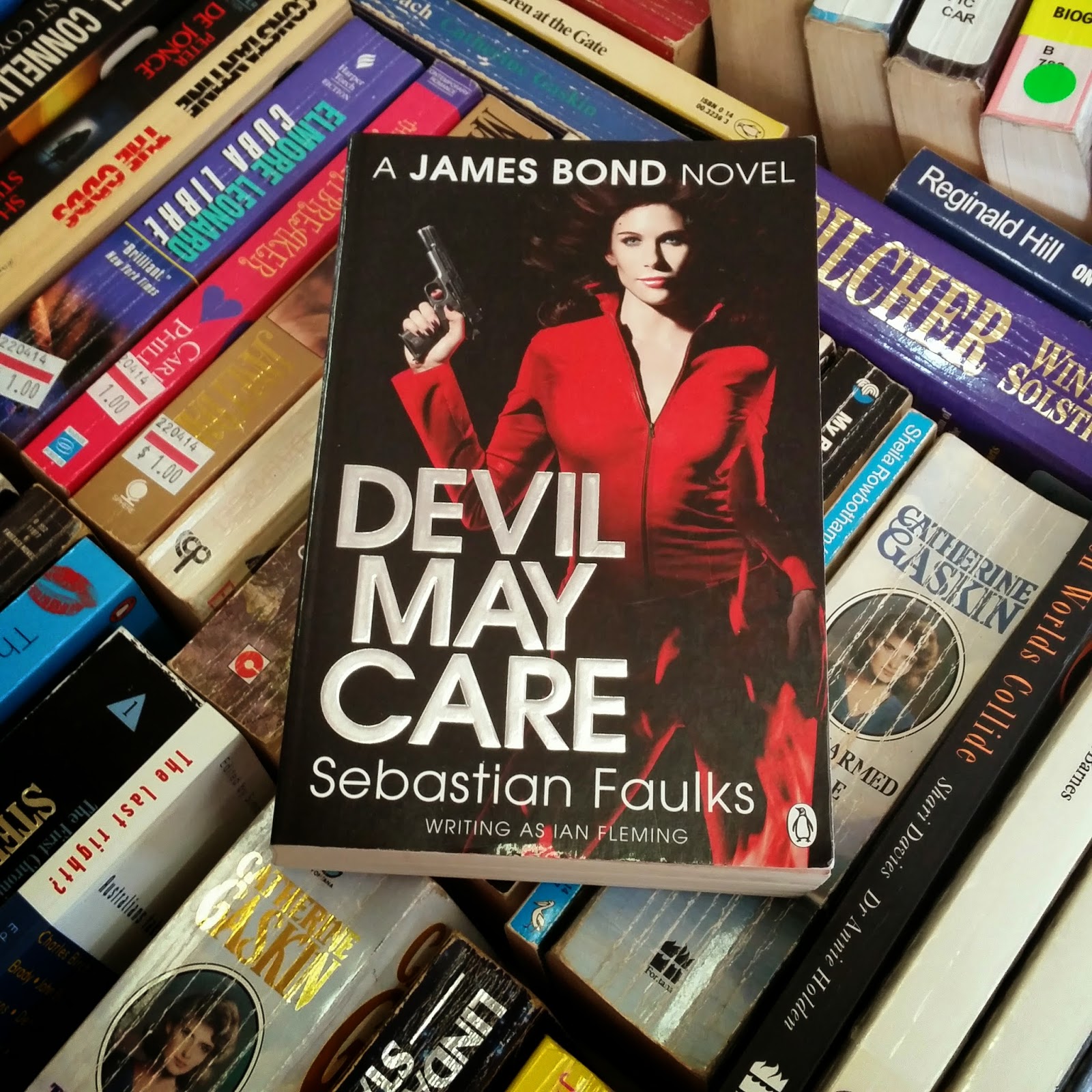 We also discovered what happened to all those copies of Dan Brown's novels that were highly popular back in the noughties! 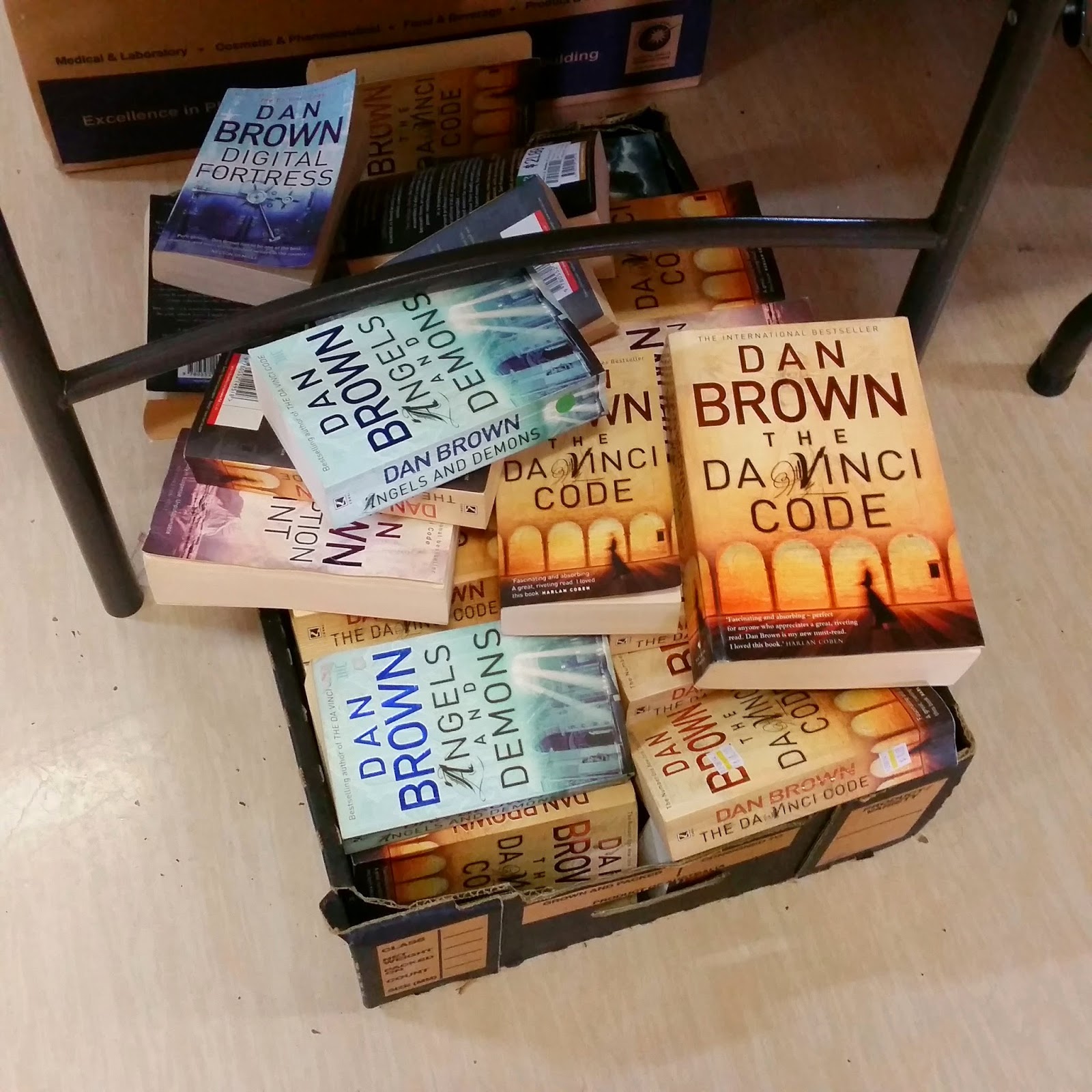 After spending over an hour in the book fair we found no Bond's to purchase, however in total we bought 11 reading books at $1 each.

Then it was time to visit Peter at the Yarragon Book Shop.  We walked past the old steam train as we made our way to his store... 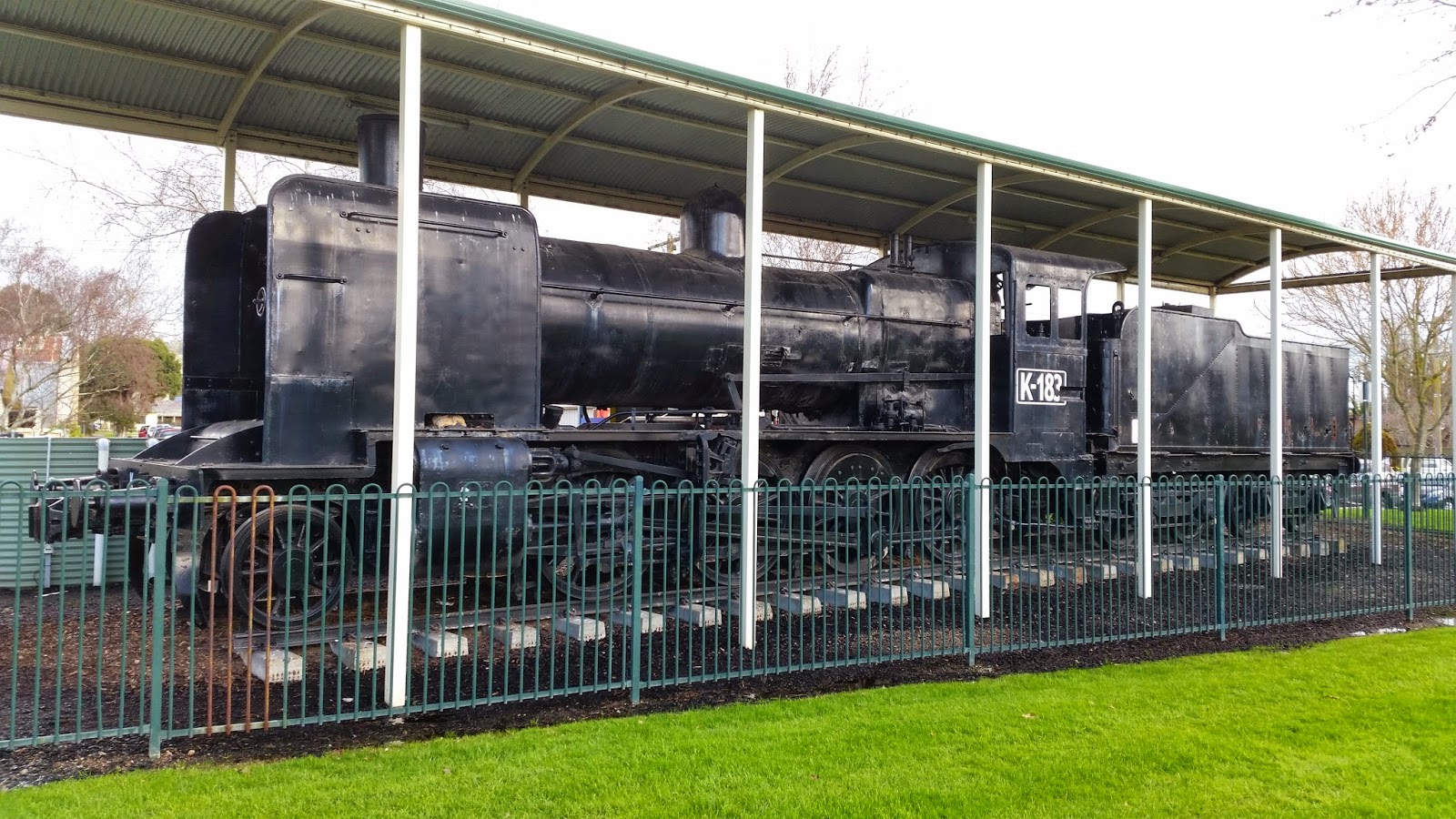 ... and then to our dismay we discovered it was gone.  Yarragon Book Shop is no more. 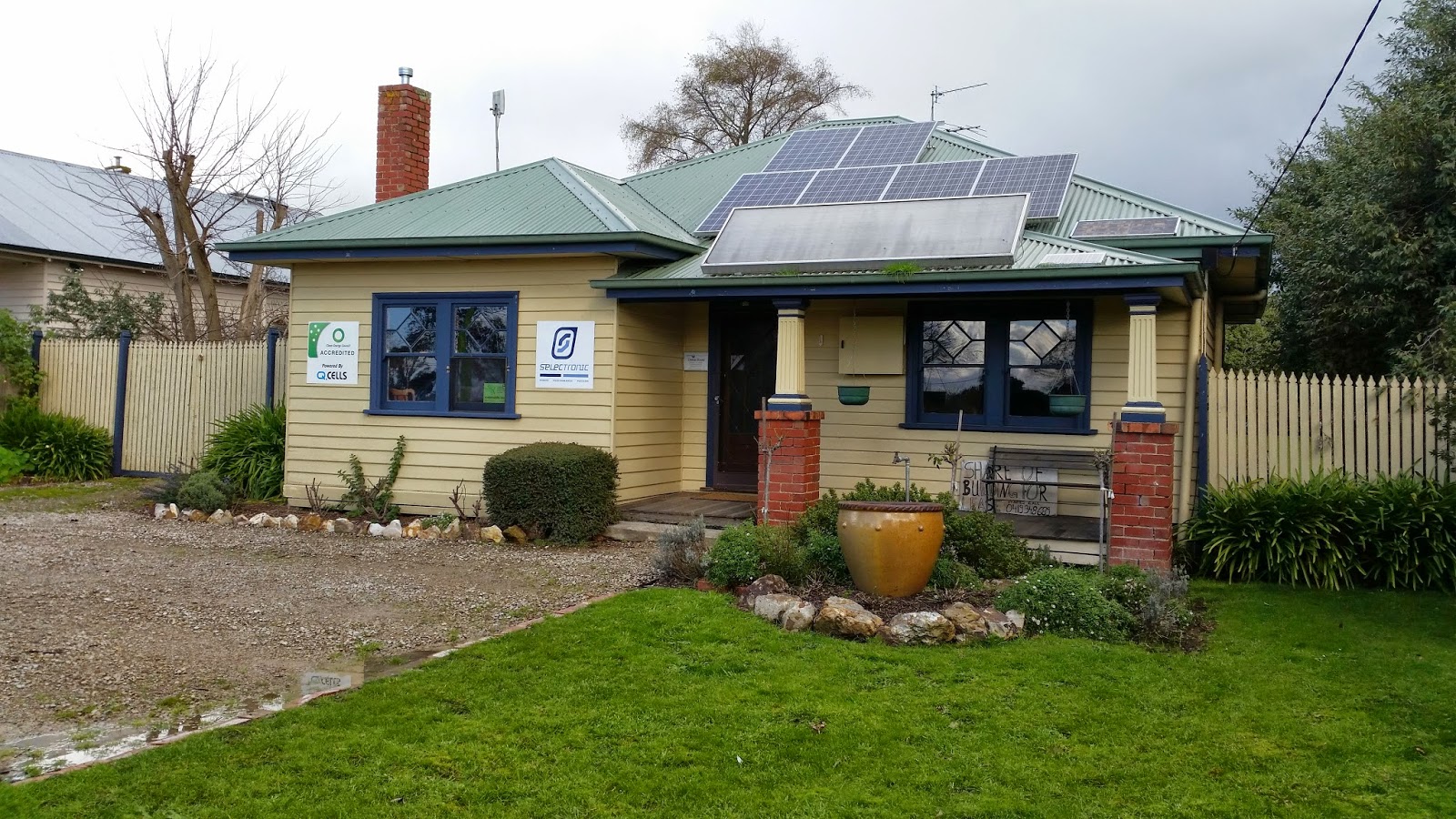 Here's a photo of the store just a year ago.  And this is the blog entry I wrote at the time. 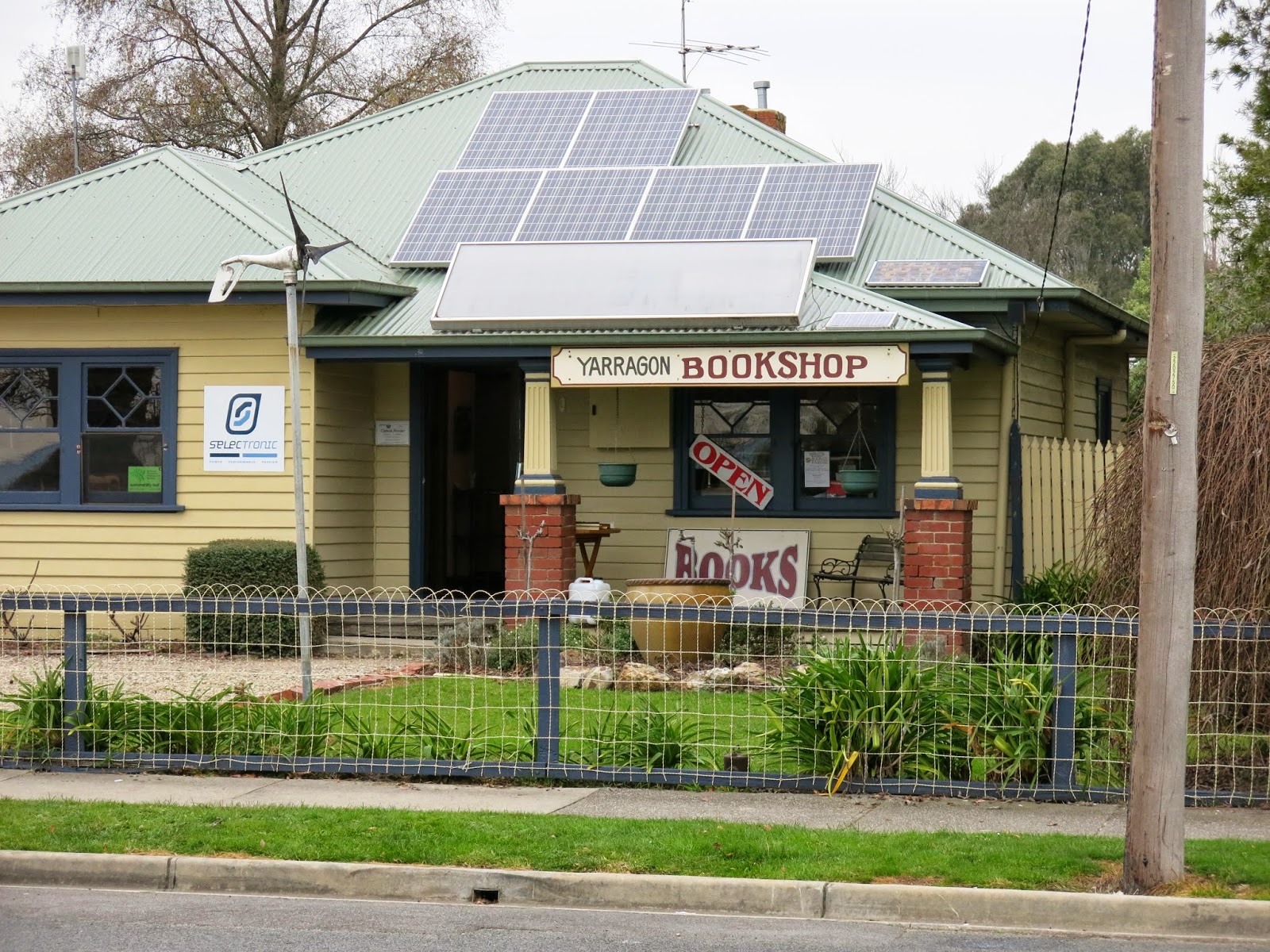 We made our way back to the car and on our journey home stopped at the Red Door Book Shop in Warragul. 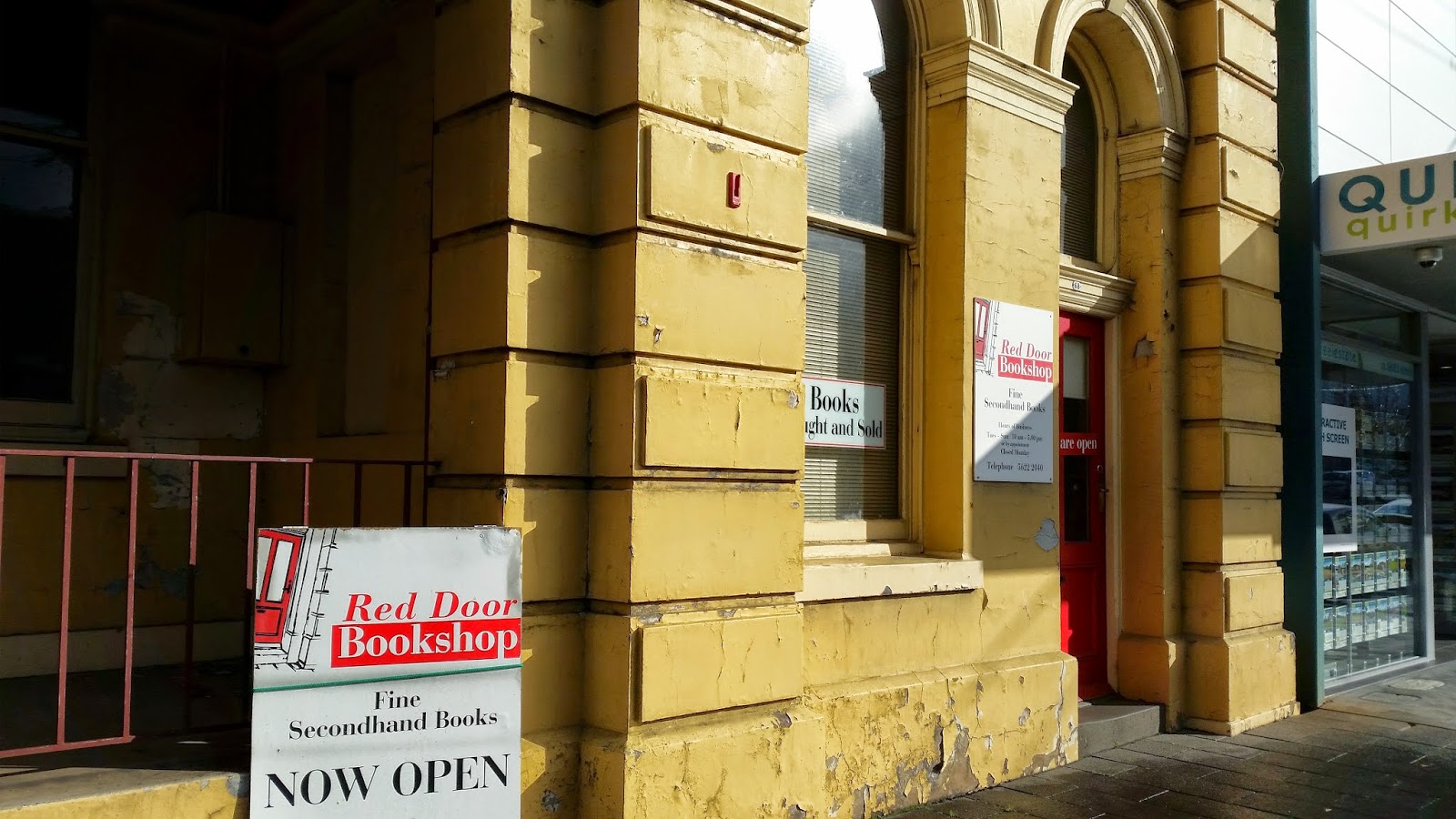 Wayne was behind his counter covering a dust jacket with plastic film as I entered the store.  He imediately asked if he could help and when I mentioned Bond he smiled as he recognised me and asked how the PizGloria website was going.  His store is so well organised and well stocked and he is also very knowledgeable about books.  We talked about the Yarragon book fair, Yarragon Book Shop, books and Bond and then he apologised because he didn't think his Bond stock had changed since last visit.  I had a look anyway and snapped these photos: 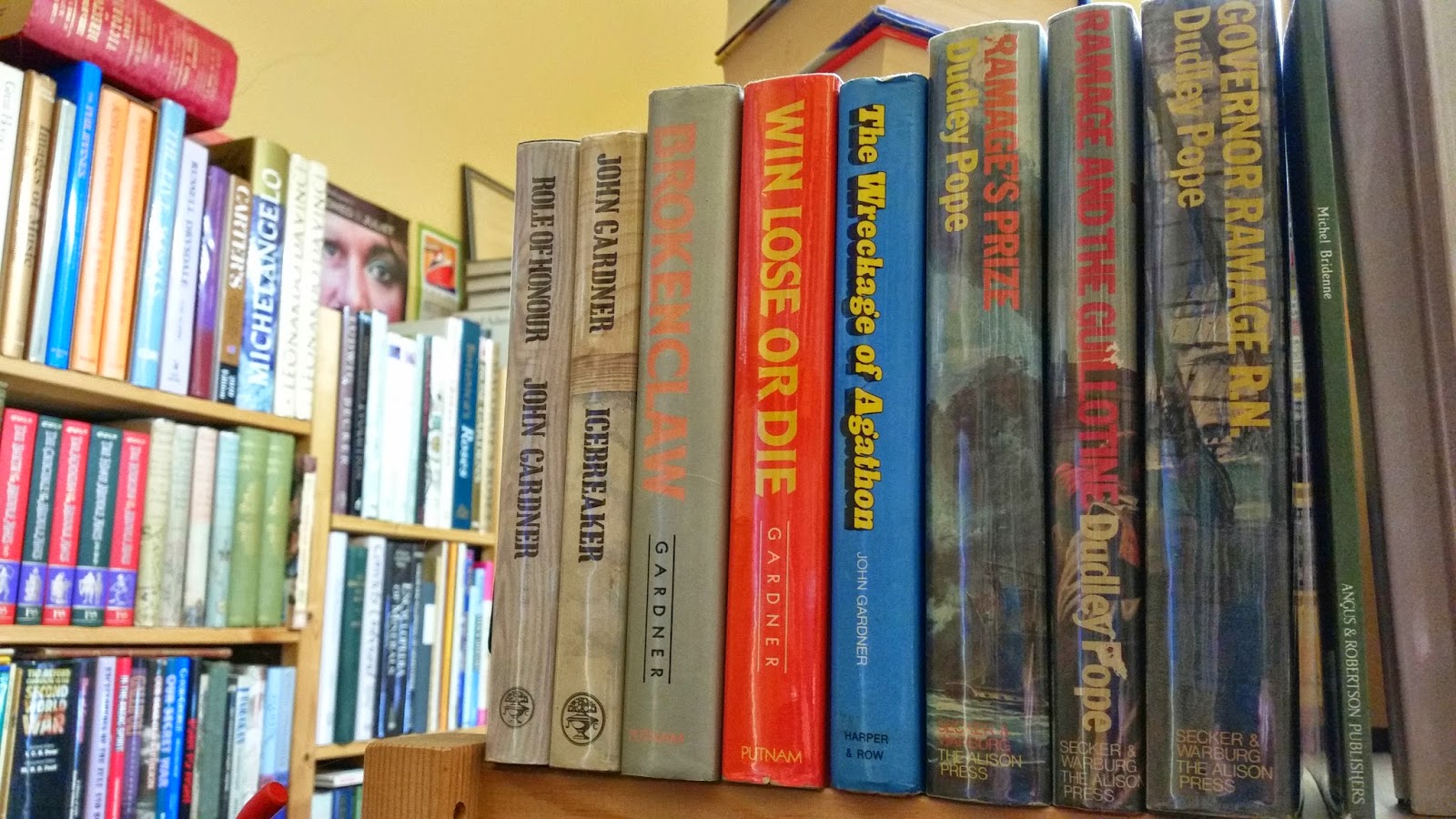 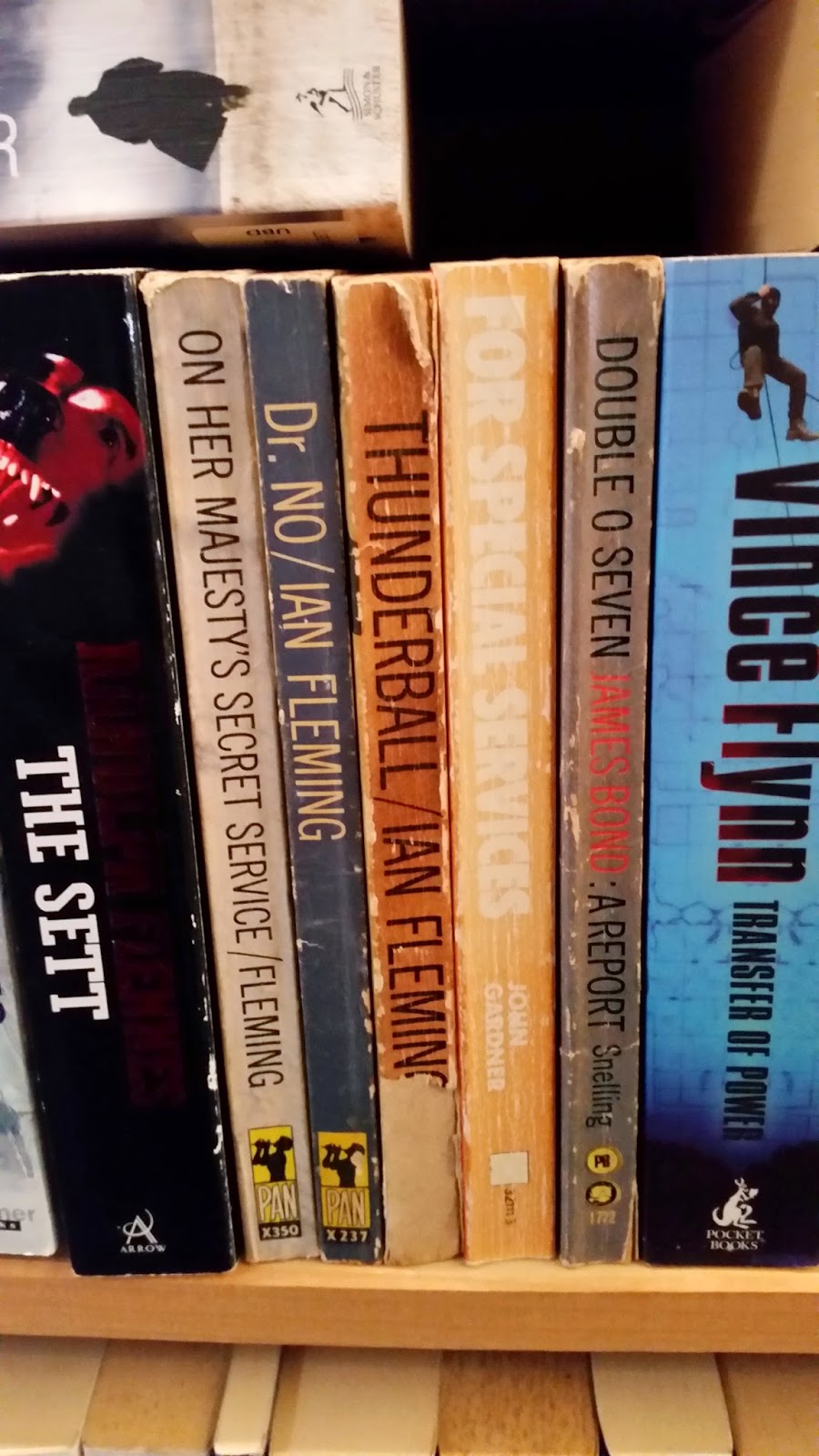 He was right, no new Bond books in his store, but it was great to briefly catch up with Wayne again.  I bid him farewell and told him I'd be back again next year.

And if you're travelling along Princes Highway past Warragul don't forget to visit this great second-hand book store.  It's just on the left as you enter the town with the tall red door, has a big selection of titles all reasonably priced, and a friendly Wayne behind the counter.
Posted by Bazeer Flumore at 10:01 PM