Early in September 2013 my wife and I visited Vancouver as part of our self proclaimed "world tour".  There we visited many of the second-hand book stores that exist in the Canadian city and took plenty of photos.  But, as others would also attest, updating a blog while on holiday is not an easy task and before I knew it we were in New York on the next leg of our trip.

Reminiscing tonight about our holiday while flicking through some photos I remembered I hadn't added all of the Vancouver books stores to this blog yet, so here they finally are. 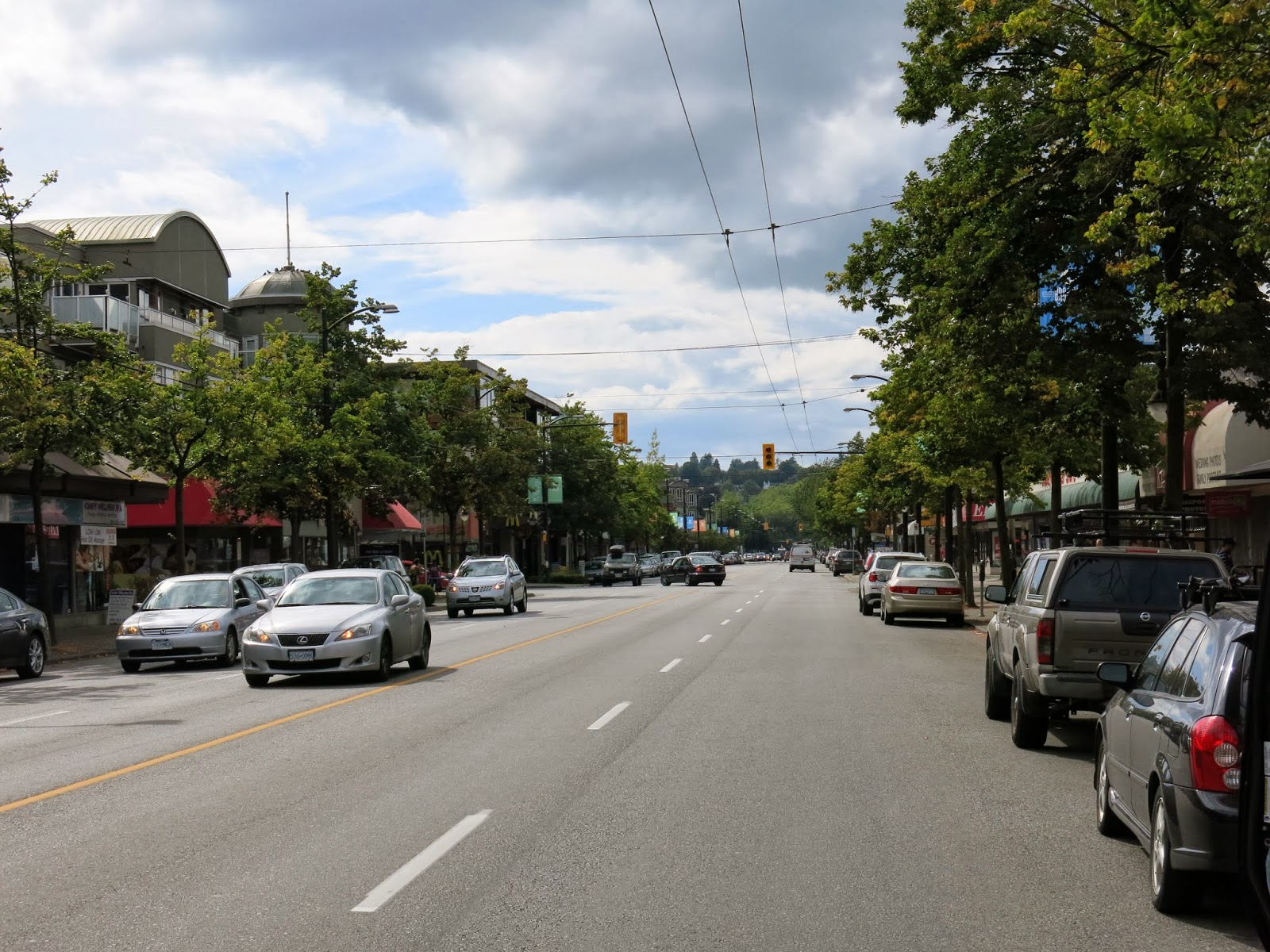 and seeing this shop awning displaying the words Pulp Fiction Books.  Unfortunately the sign was all that was left of this store... or so I thought. 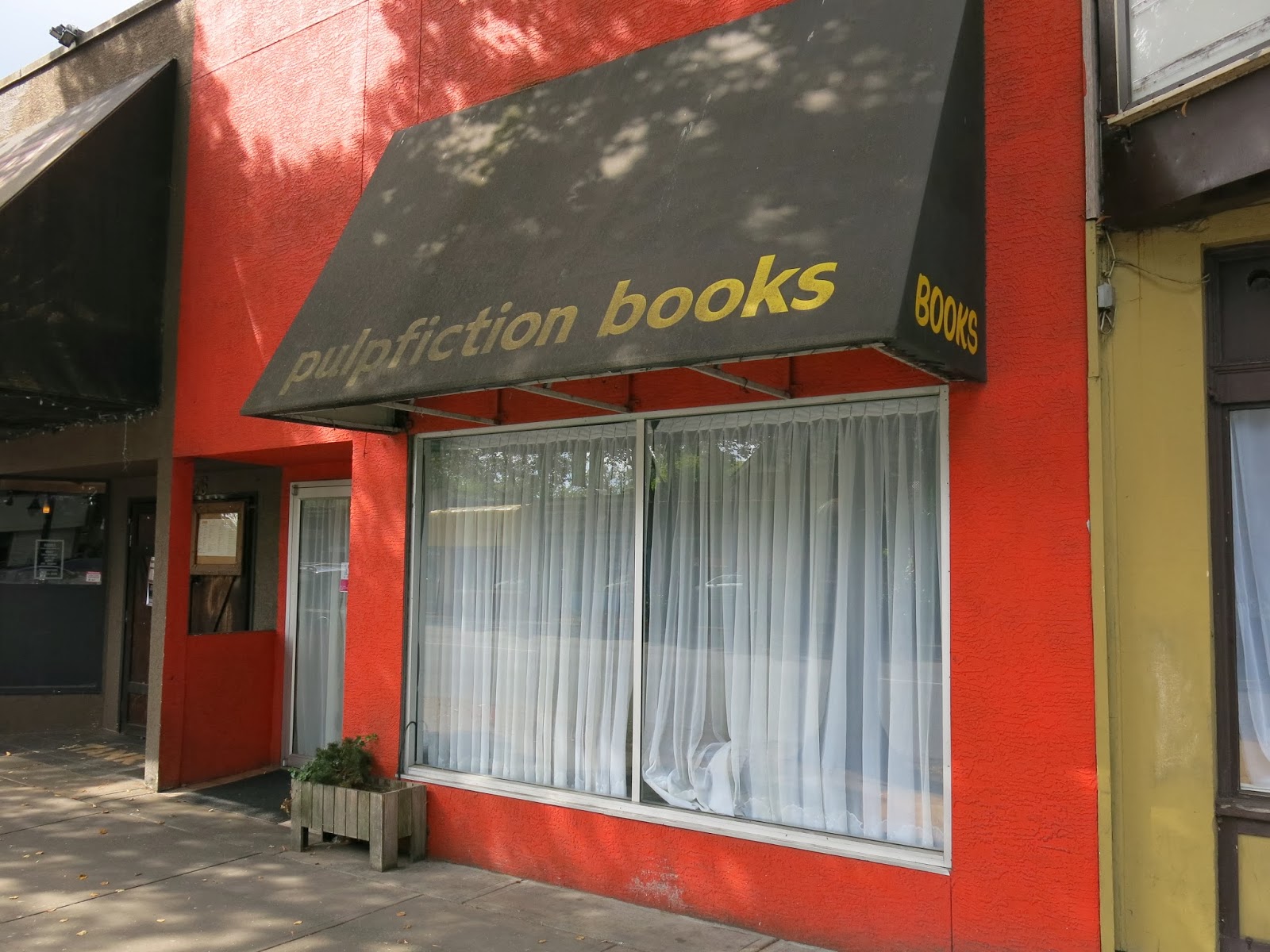 Because a couple of days later I returned to West Broadway and found the new location of one of their two Vancouver stores.  Pulp Fiction Books is very much open.  They have a huge collection of "pulp" which also included a few Bonds.  The staff were very friendly too.  Here's a link to their website. 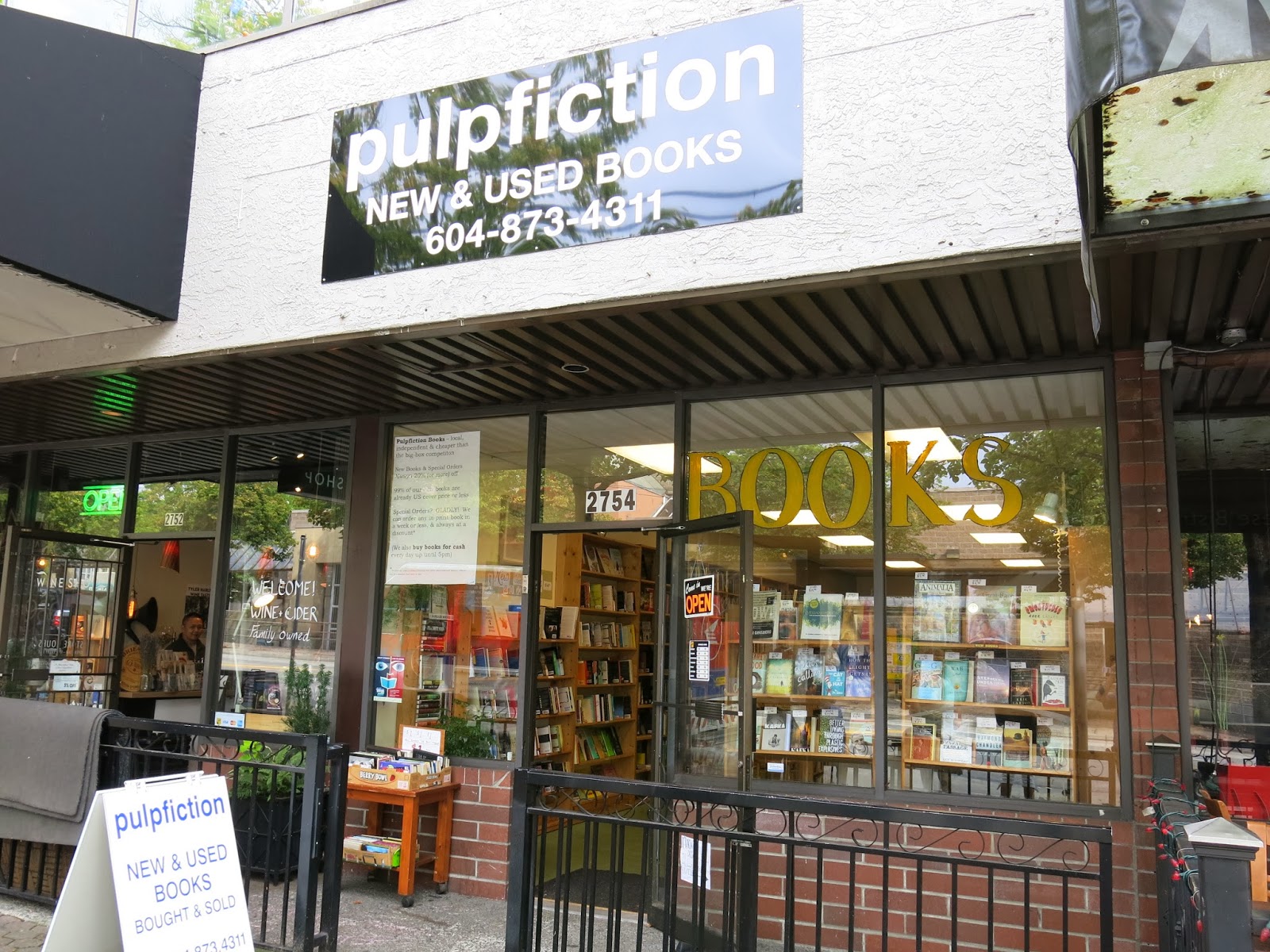 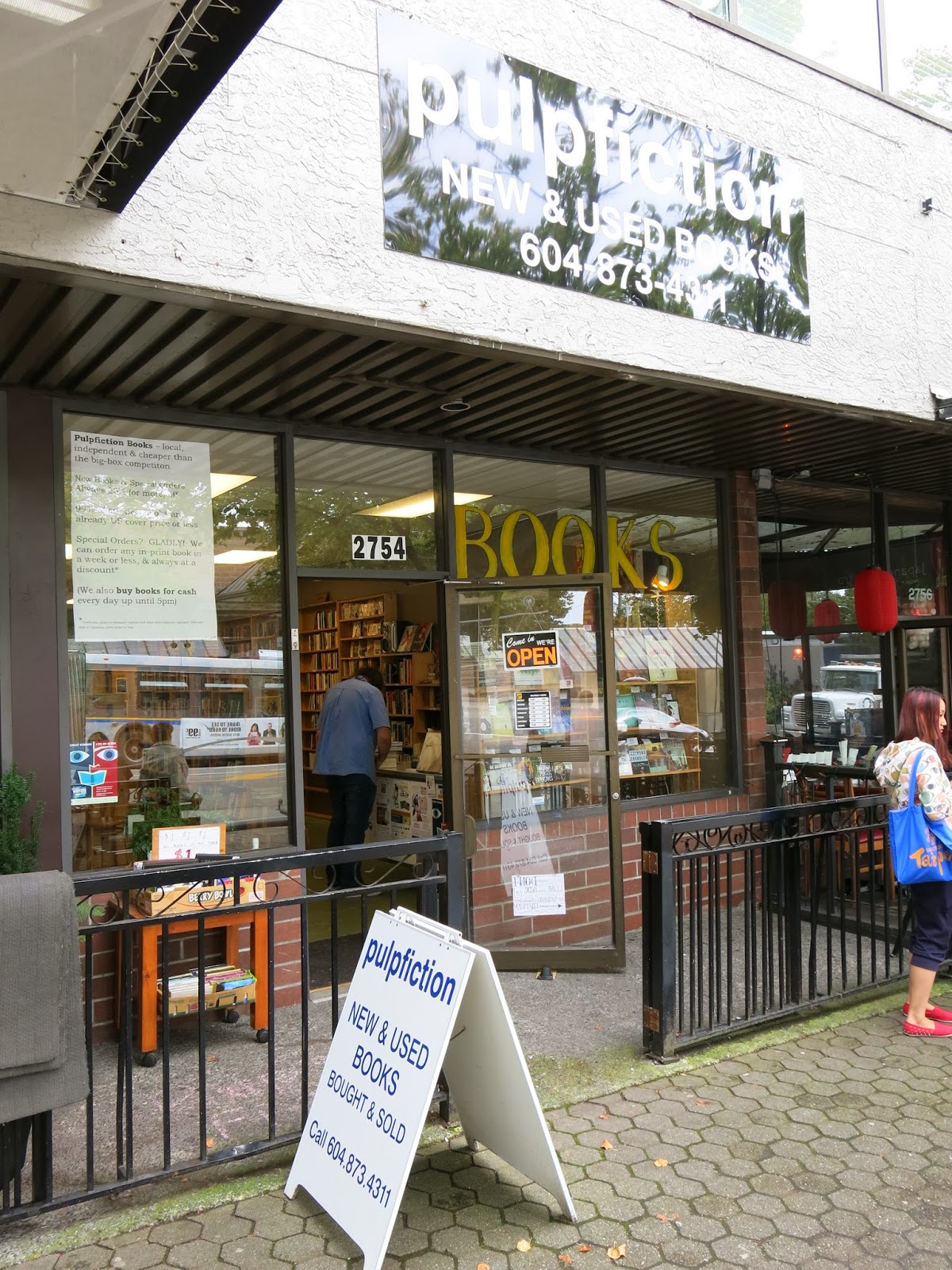 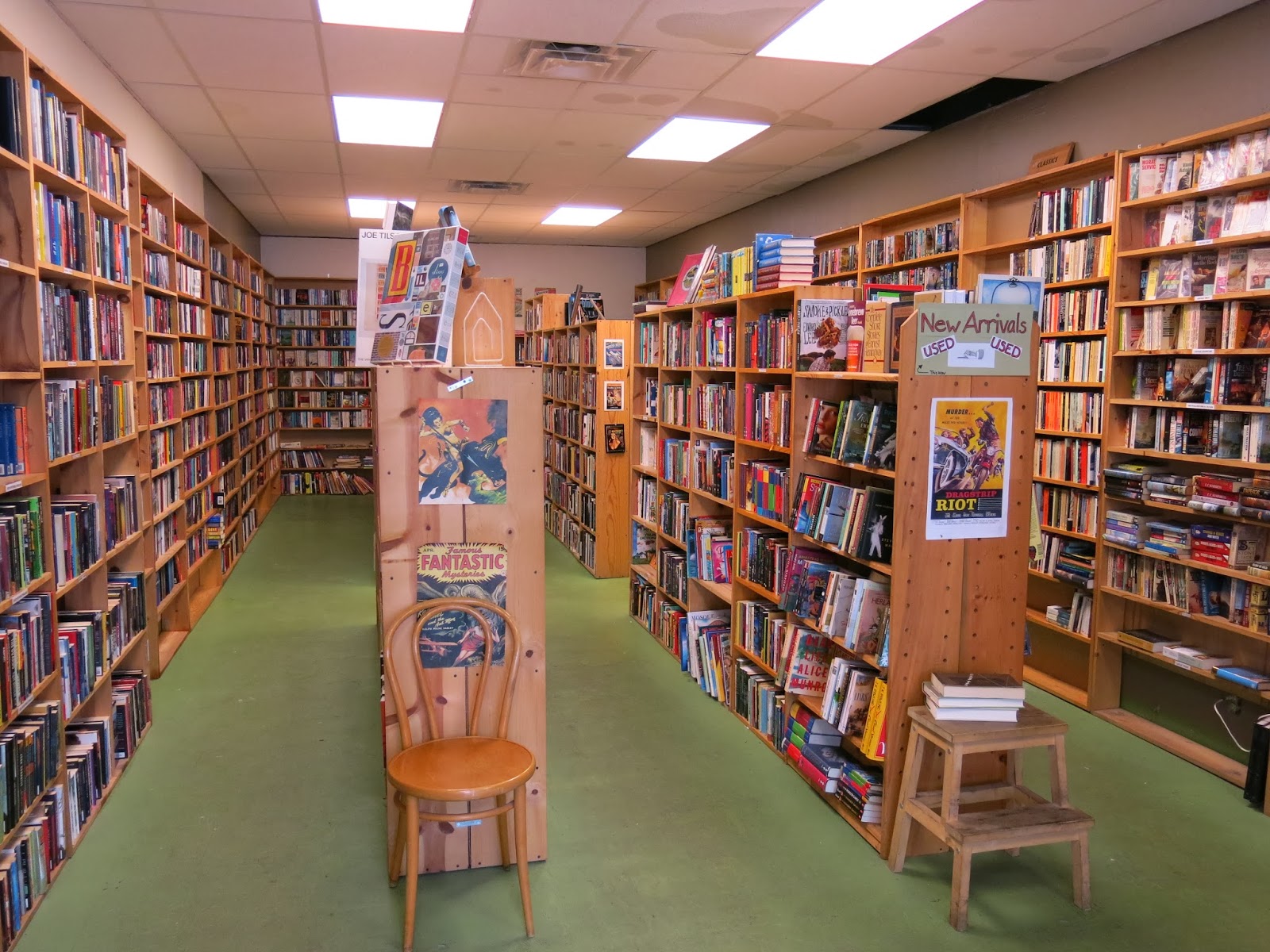 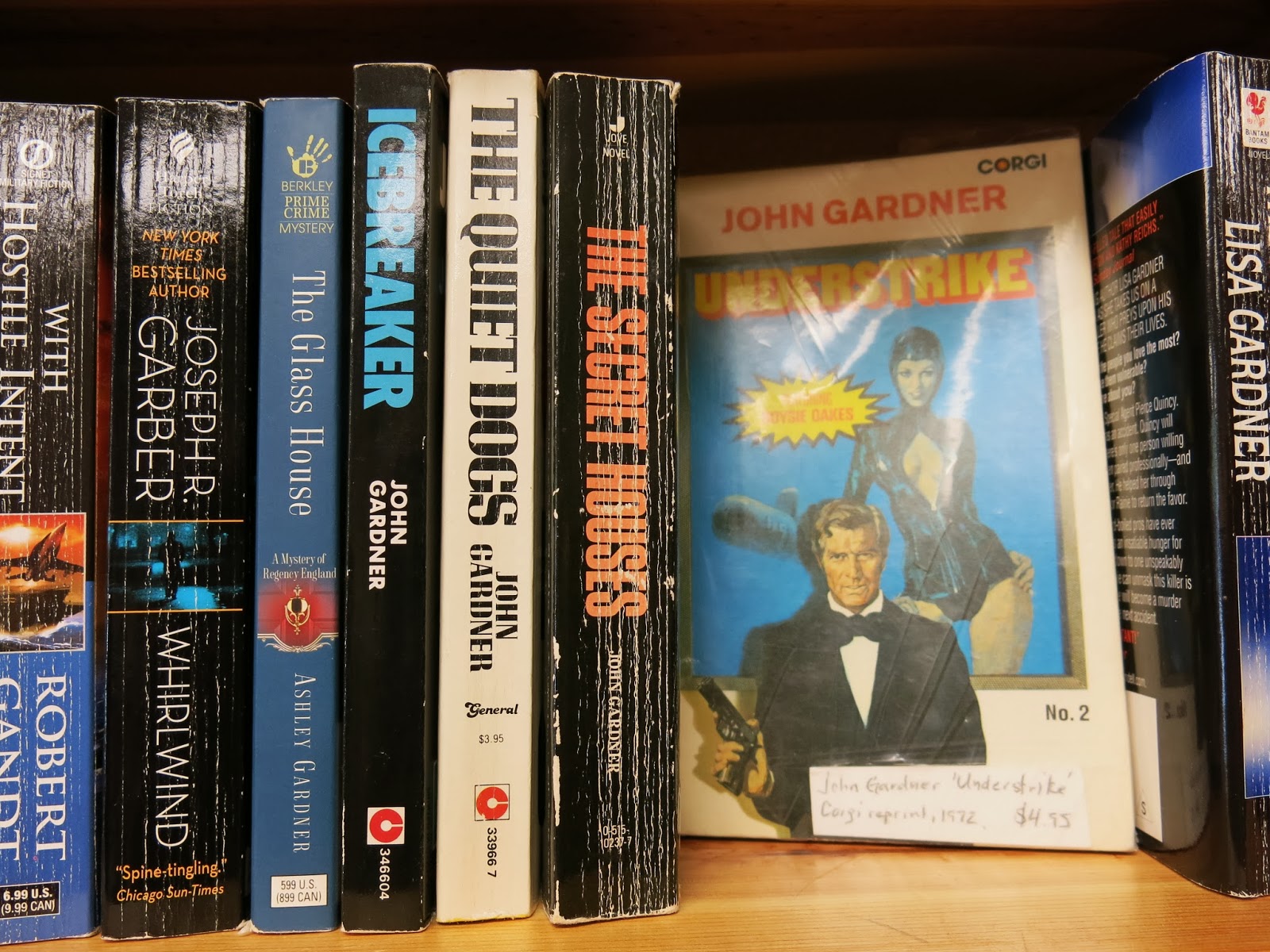 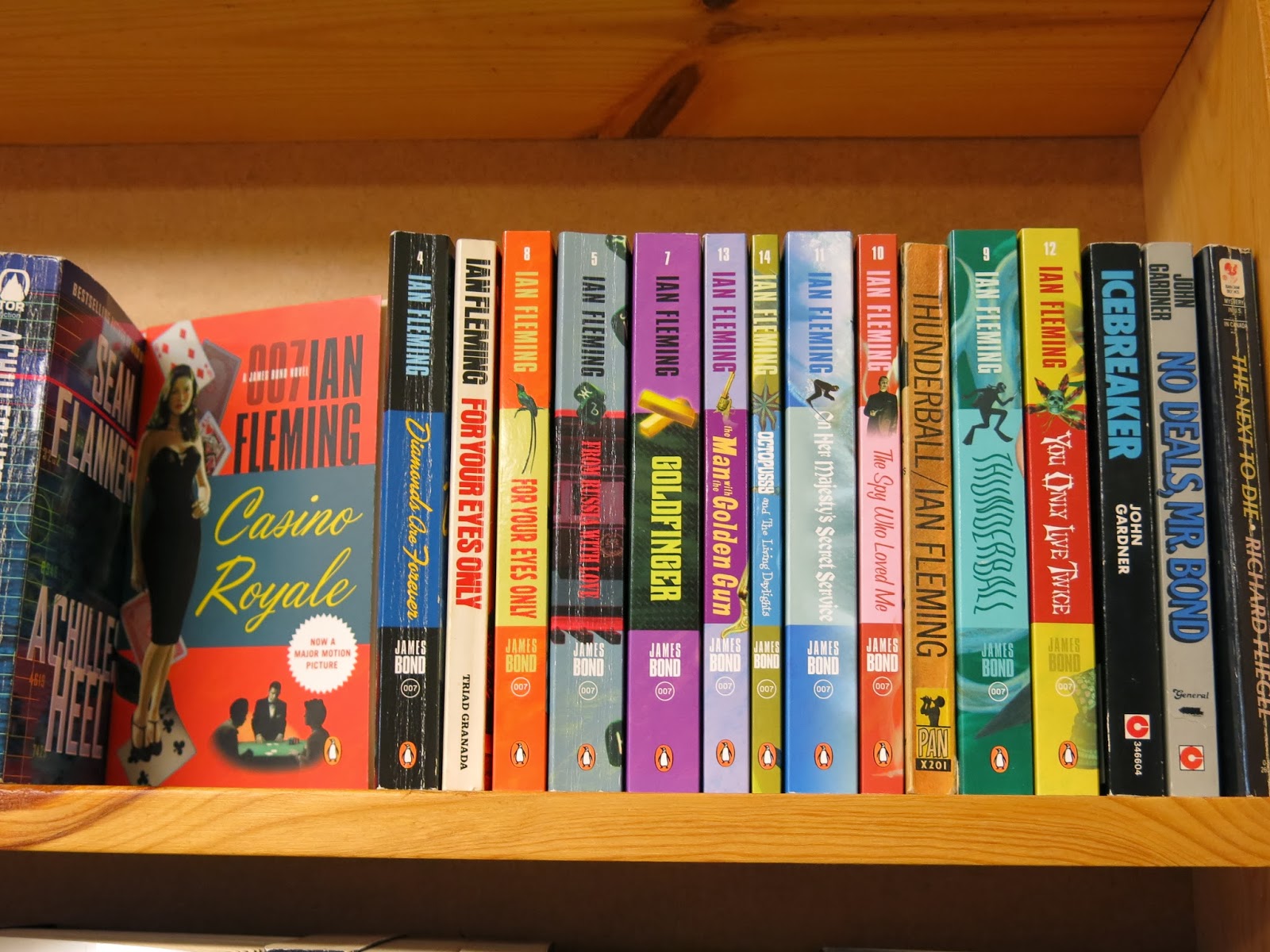 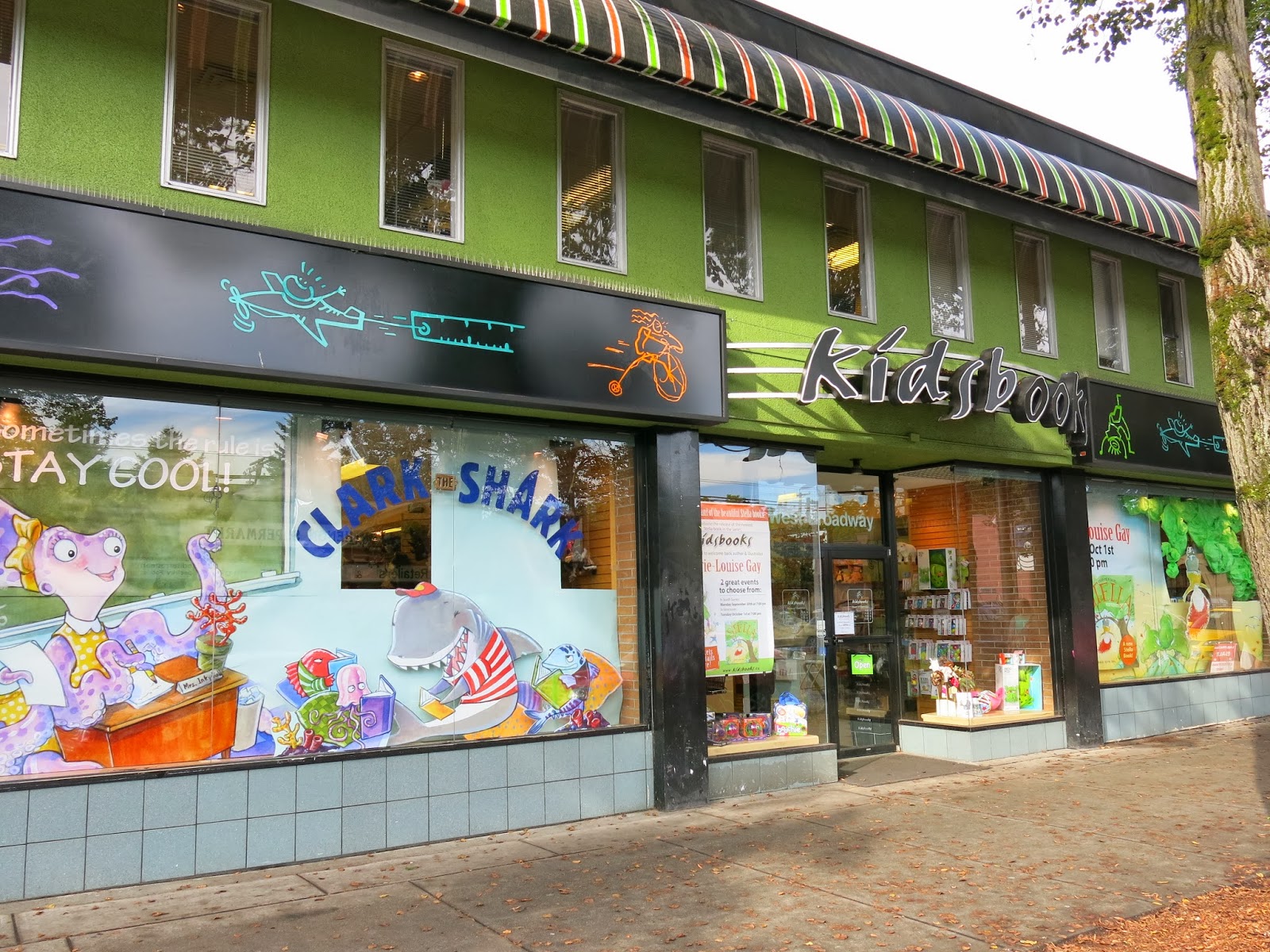 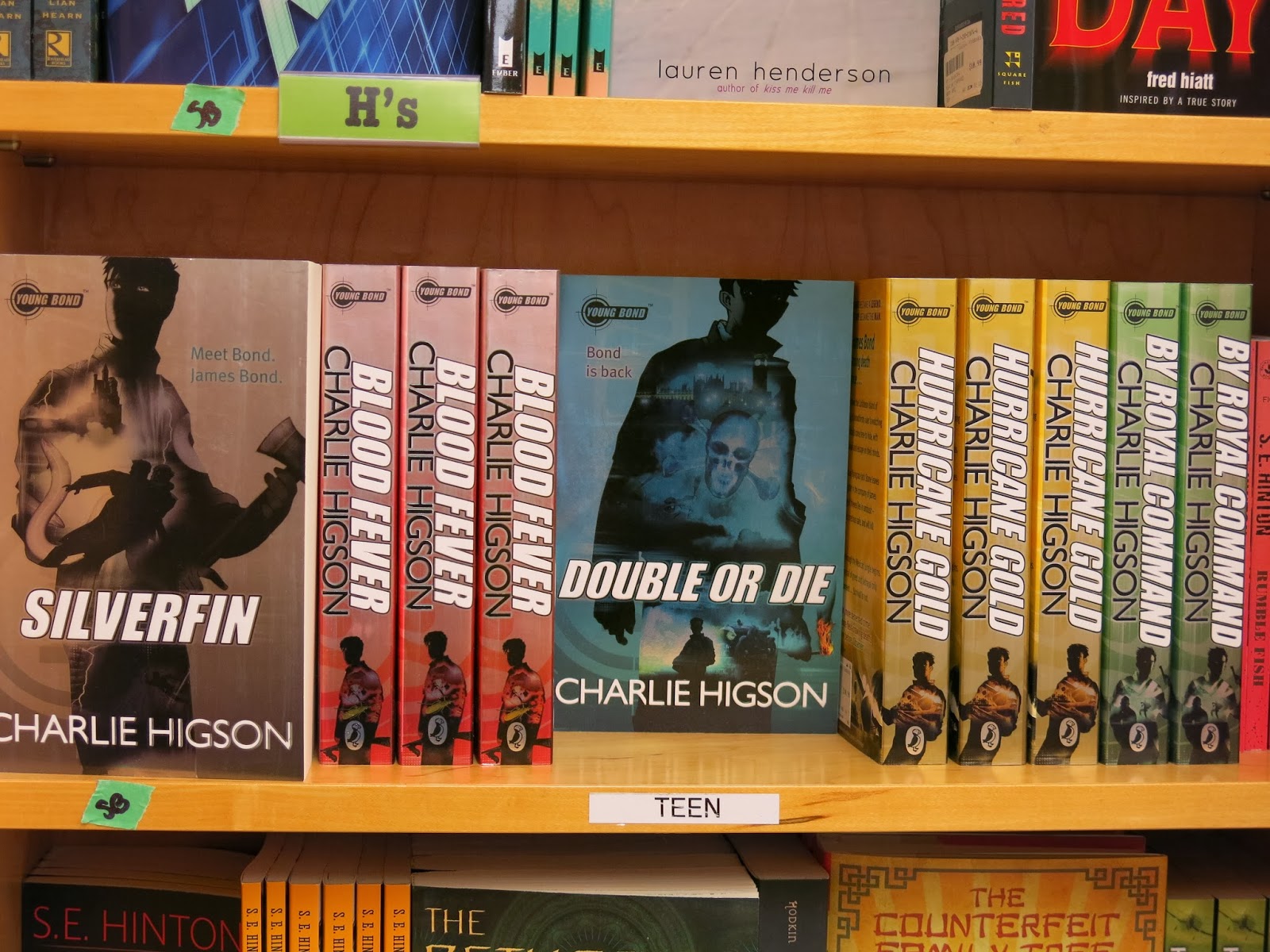 Brigid's Books was a nice, clean little store.  As can be seen they had a couple of Bonds.  The unfortunate thing was the store was about to close.  Hopefully it has since opened elsewhere in Vancouver. 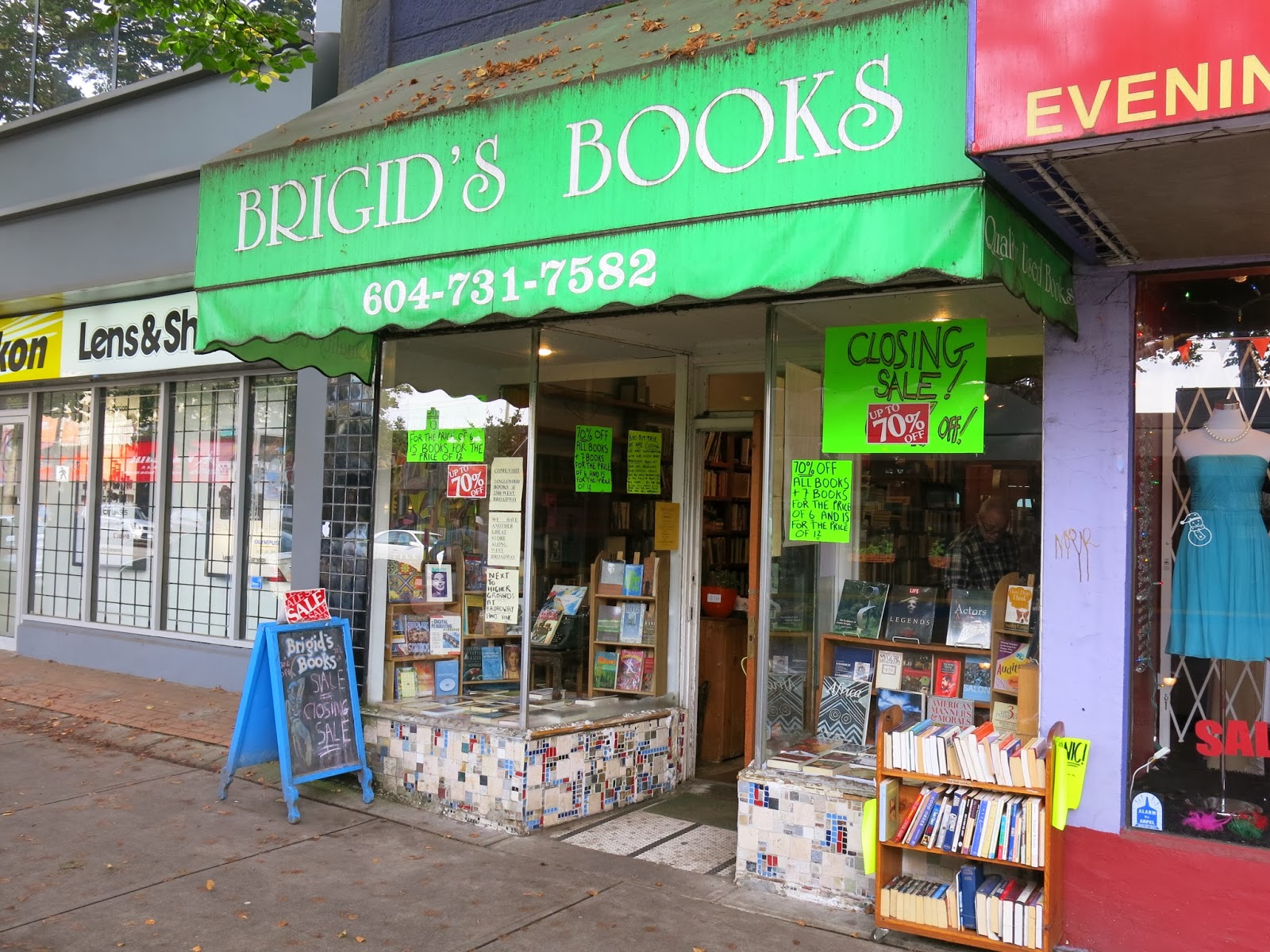 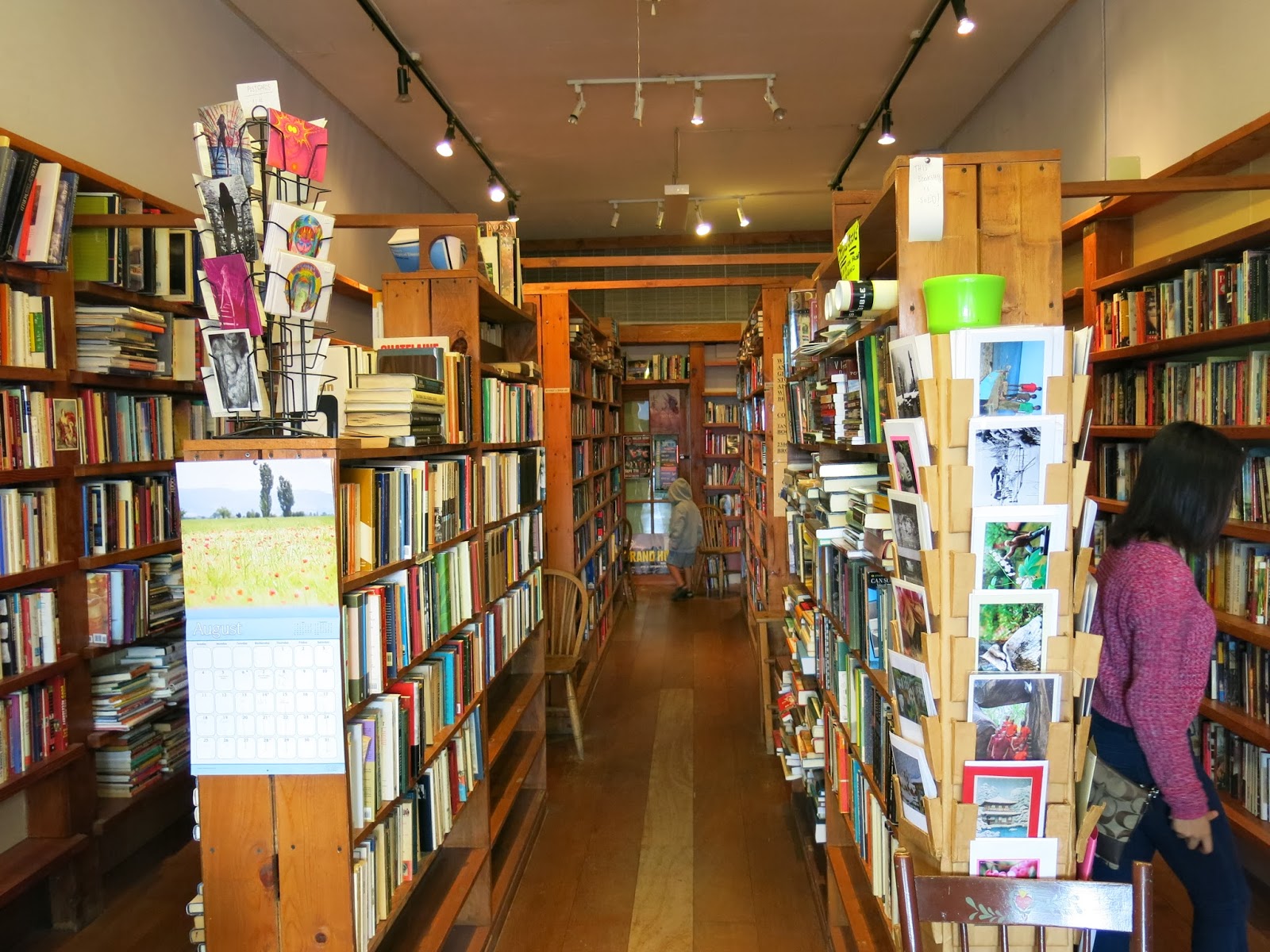 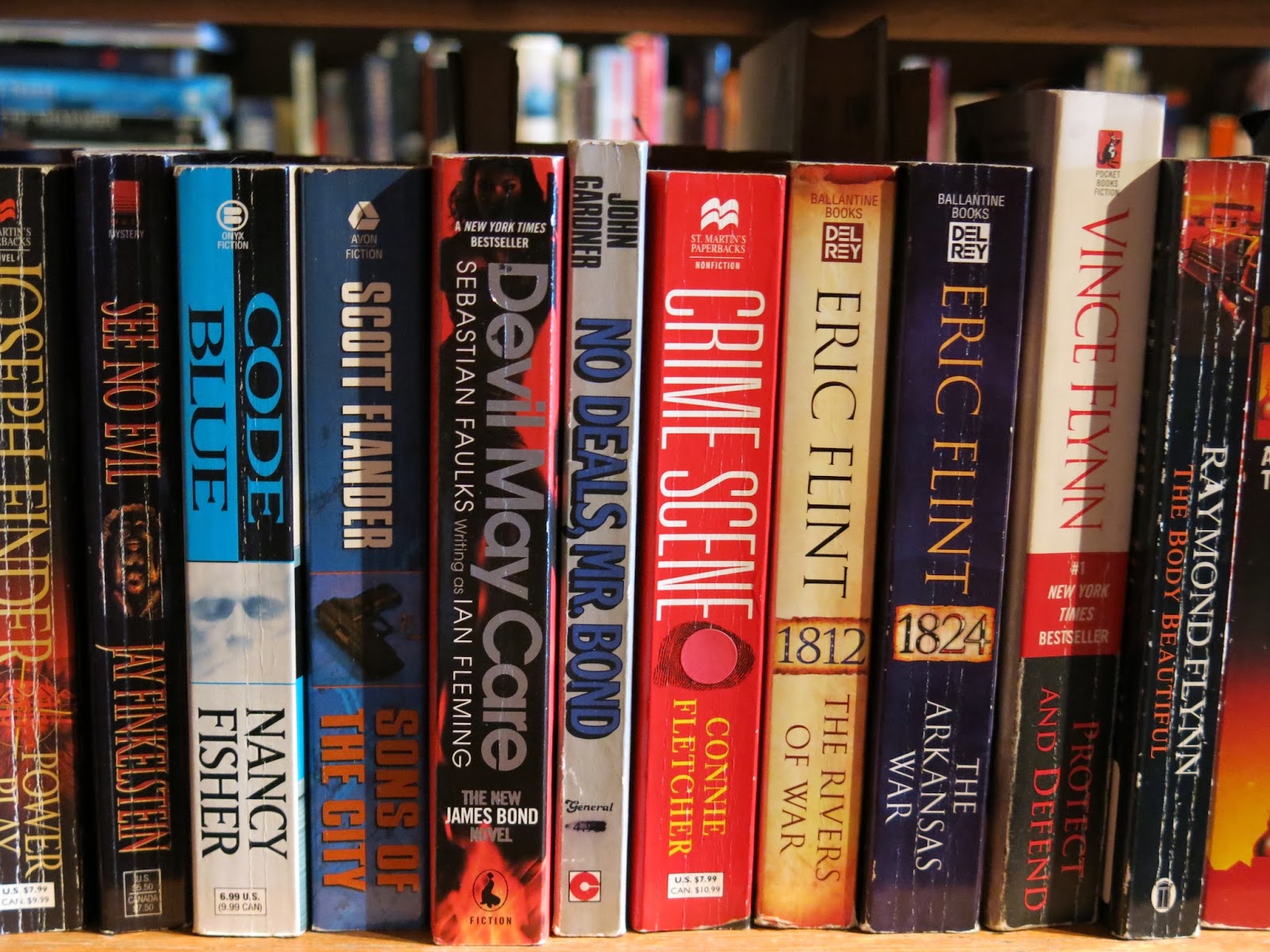 Still walking along West Broadway, Tanglewood Books was a well organised second-hand store with a few Bonds on their shelves.  The owner was an interesting person to chat too as well. 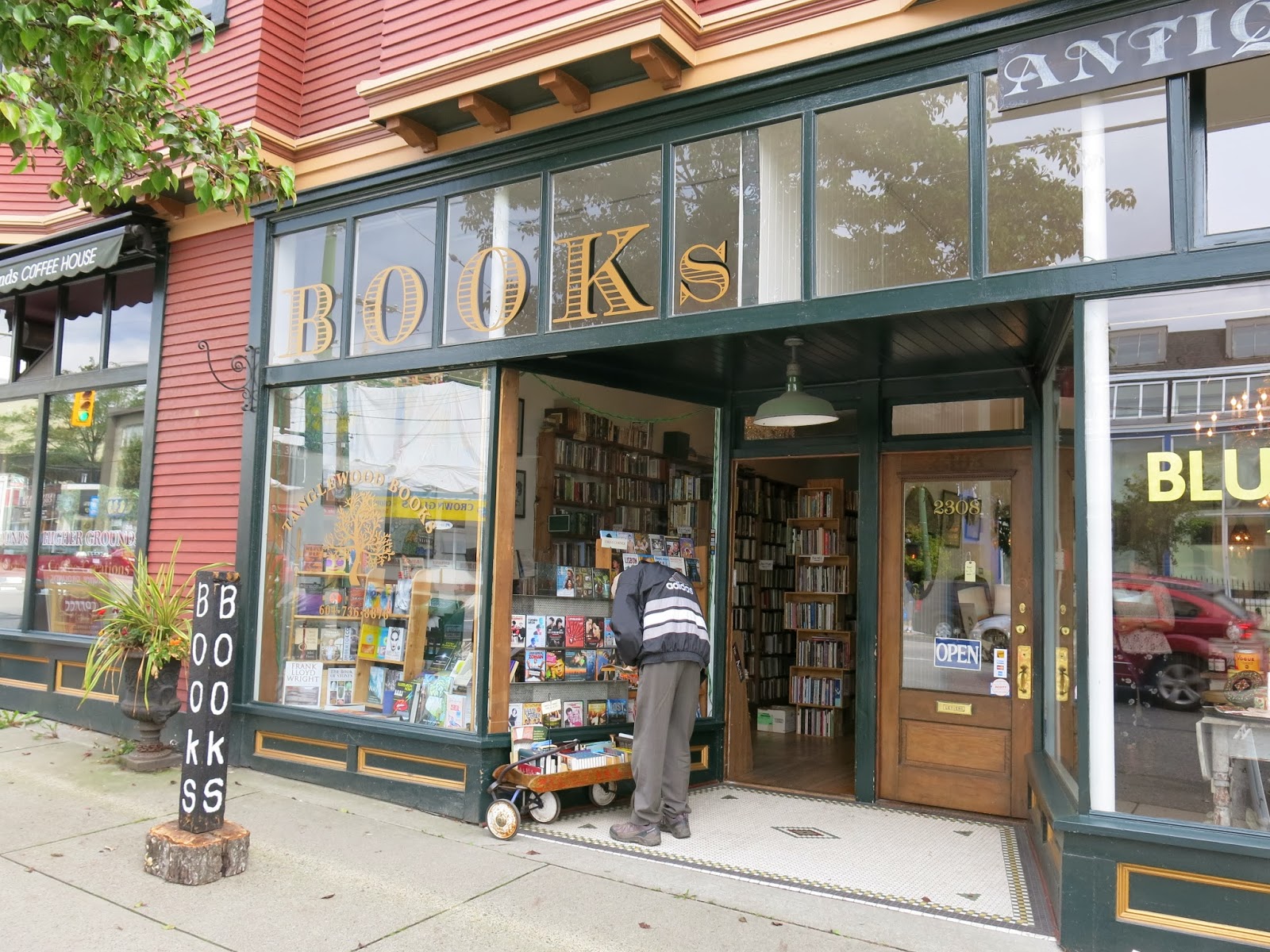 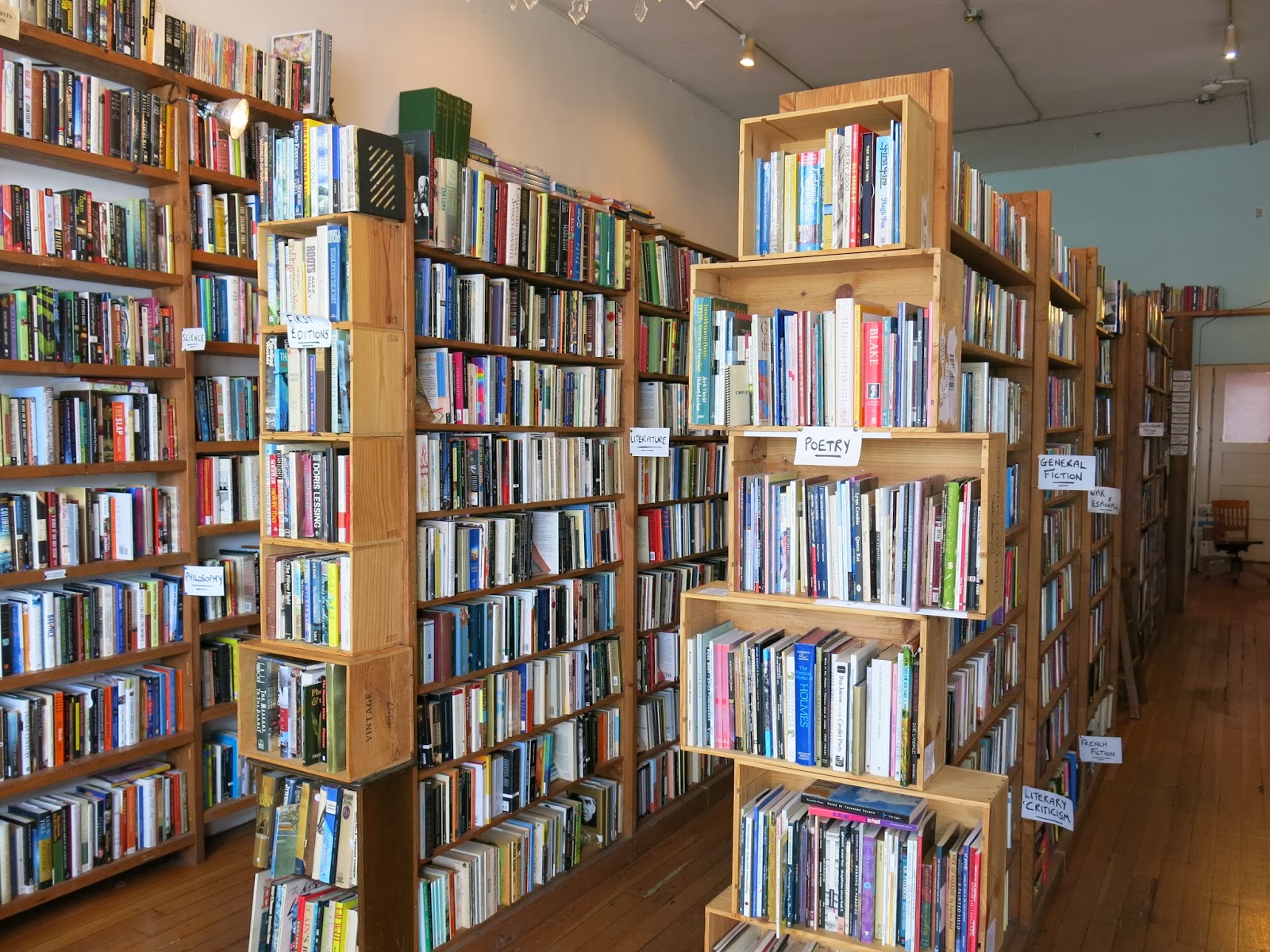 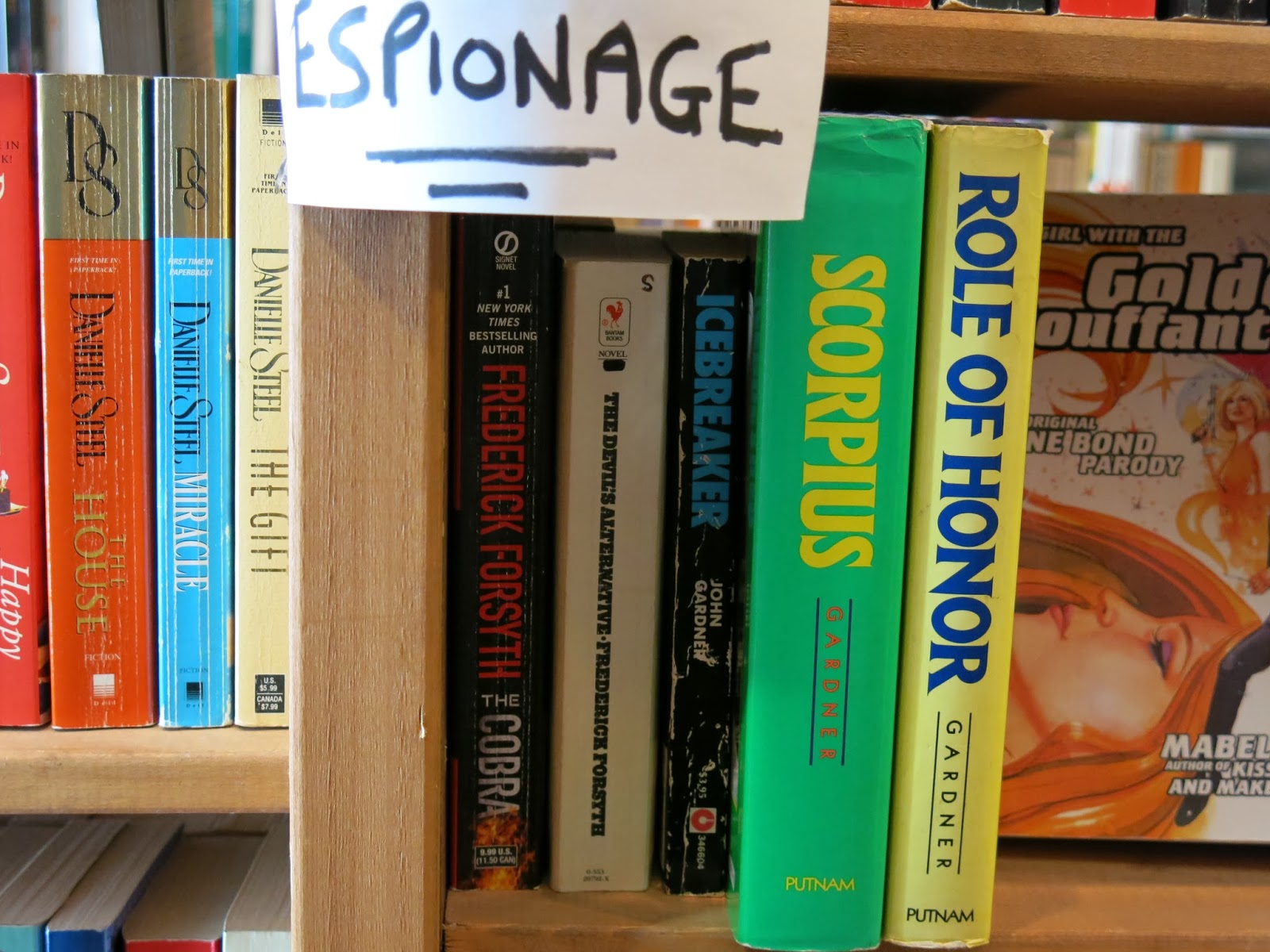 I noticed this charity bin for books while walking along the road.  I'd never seen anything like this before. 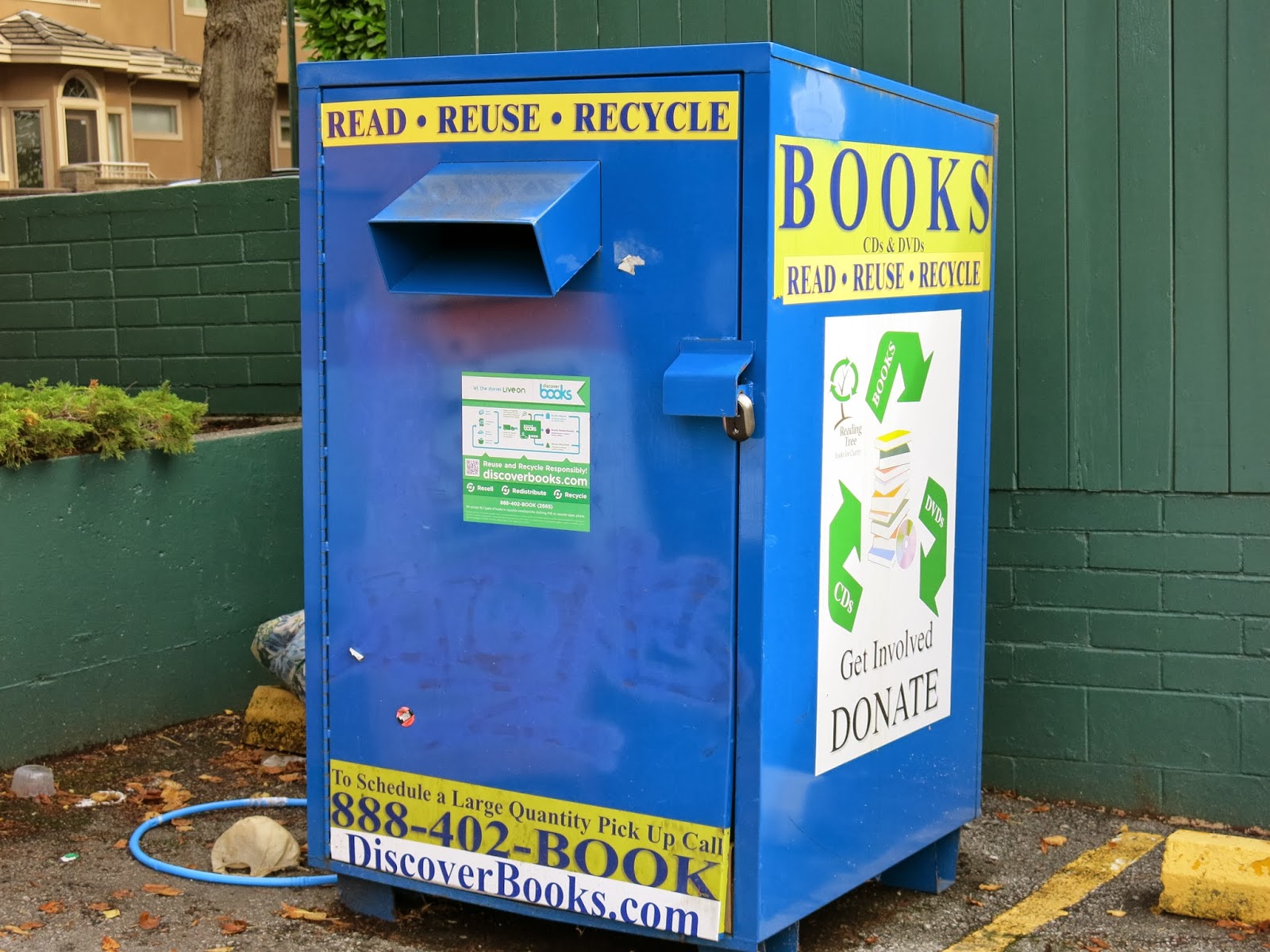 At night I took a photo of this Thrift Store.  The following day I found an International copy of Deaver's "Carte Blanche" published by Pocket Star for $3 on one shelf.  A great find as I didn't previously have one. 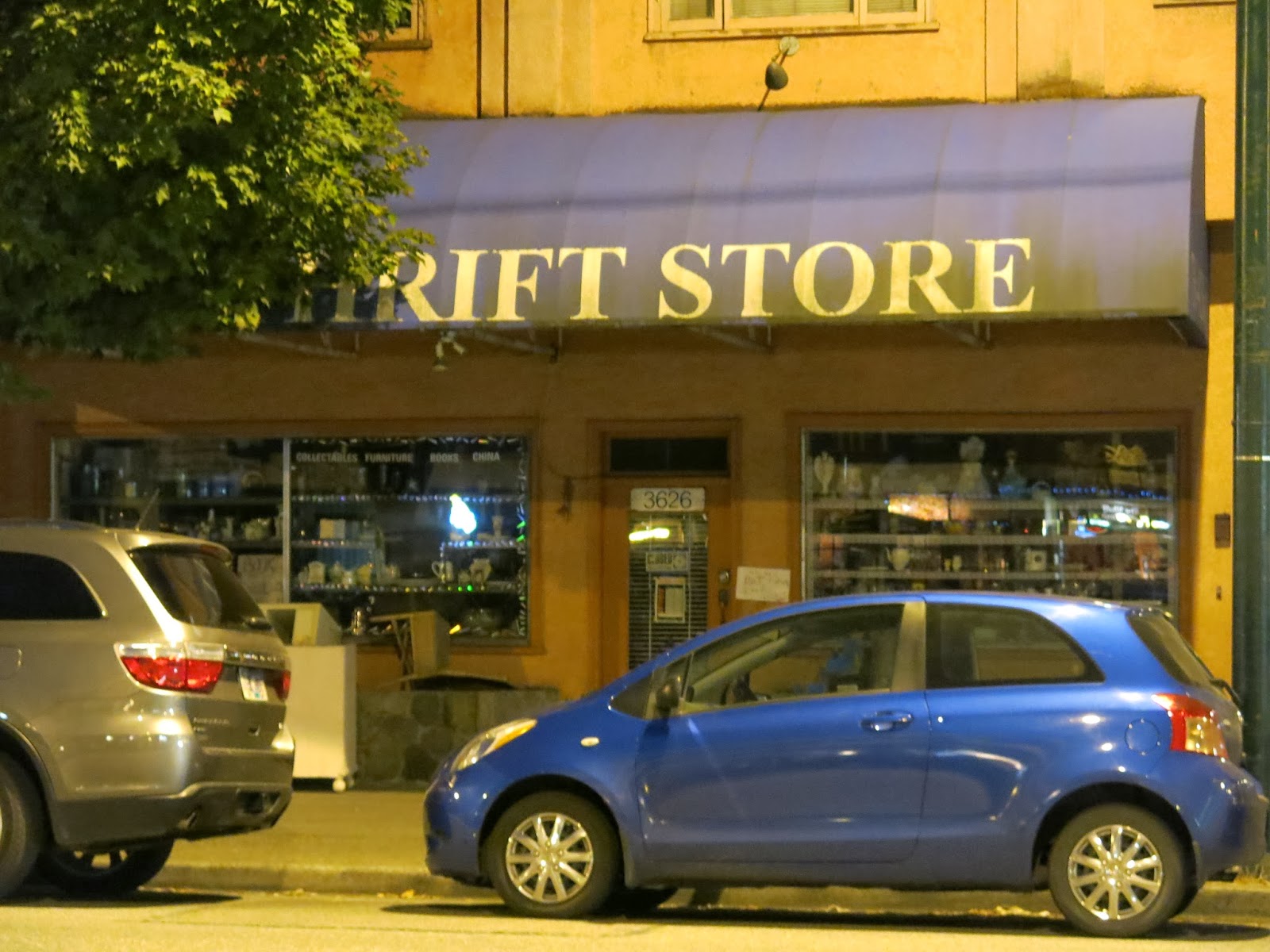 Finally, Carson Books was about an hour walk from where we were staying.  We'd usually take one of the very efficient public transport buses but on this day we decided to walk instead.  This store was really well organised with heaps of books.  They also had a box titled "007 James Bond + Other Brit Spies". I almost purchased the hardback copy of "James Bond: The Authorized Biography" by John Pearson in the photo however I was concerned about international luggage weight restrictions as this was the first country on our holiday.   Now I probably regret it as it was a nice copy. 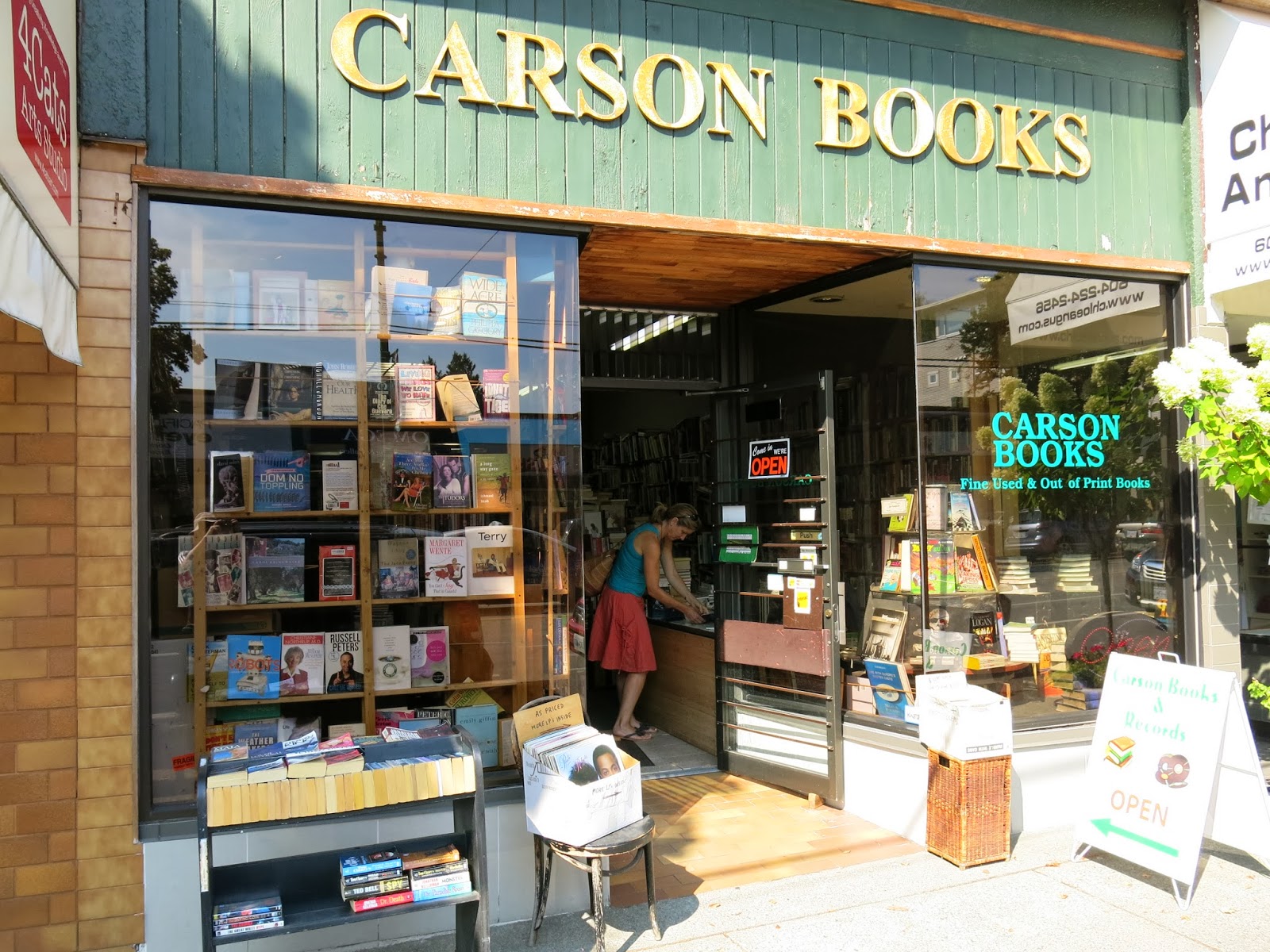 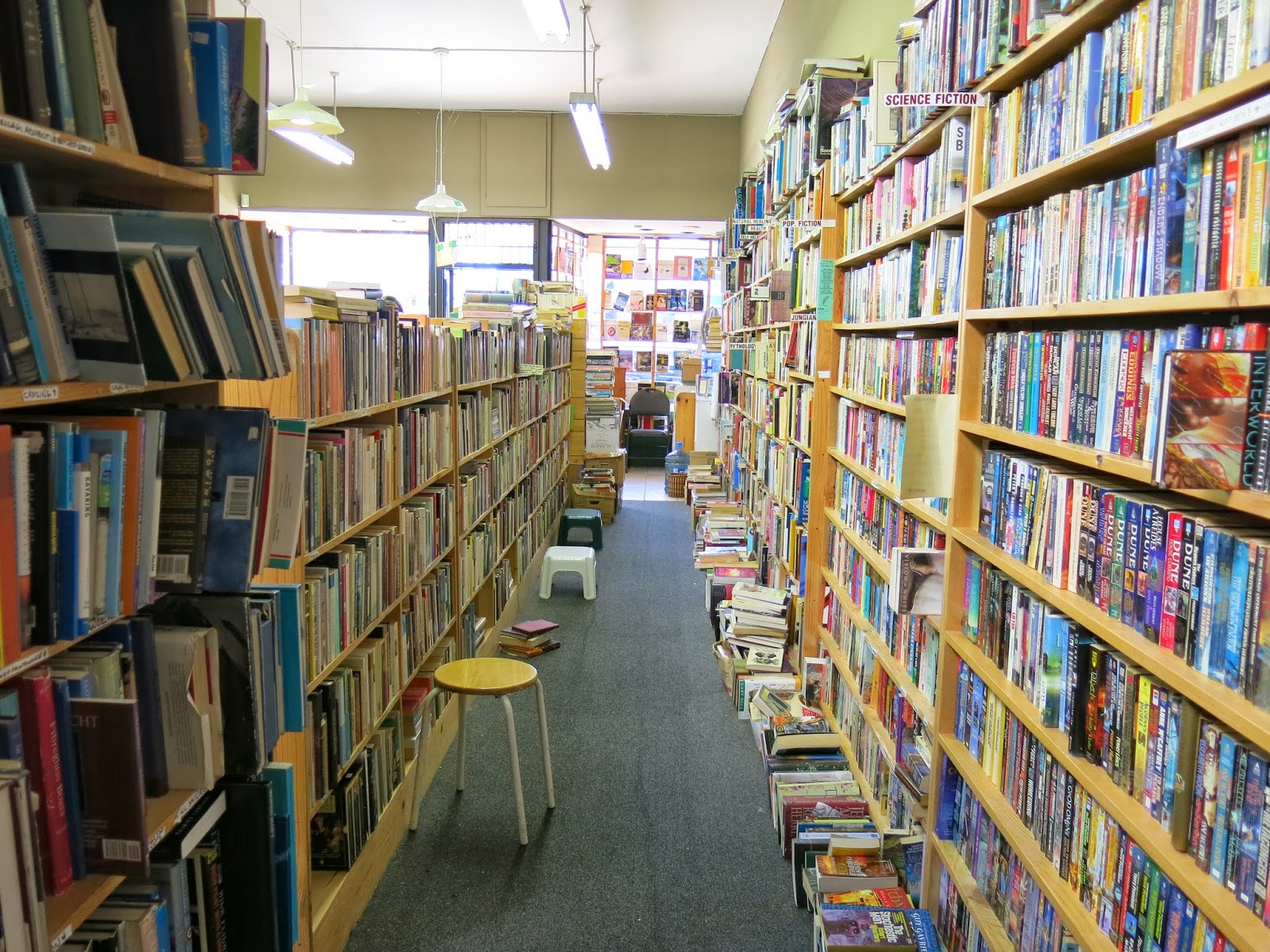 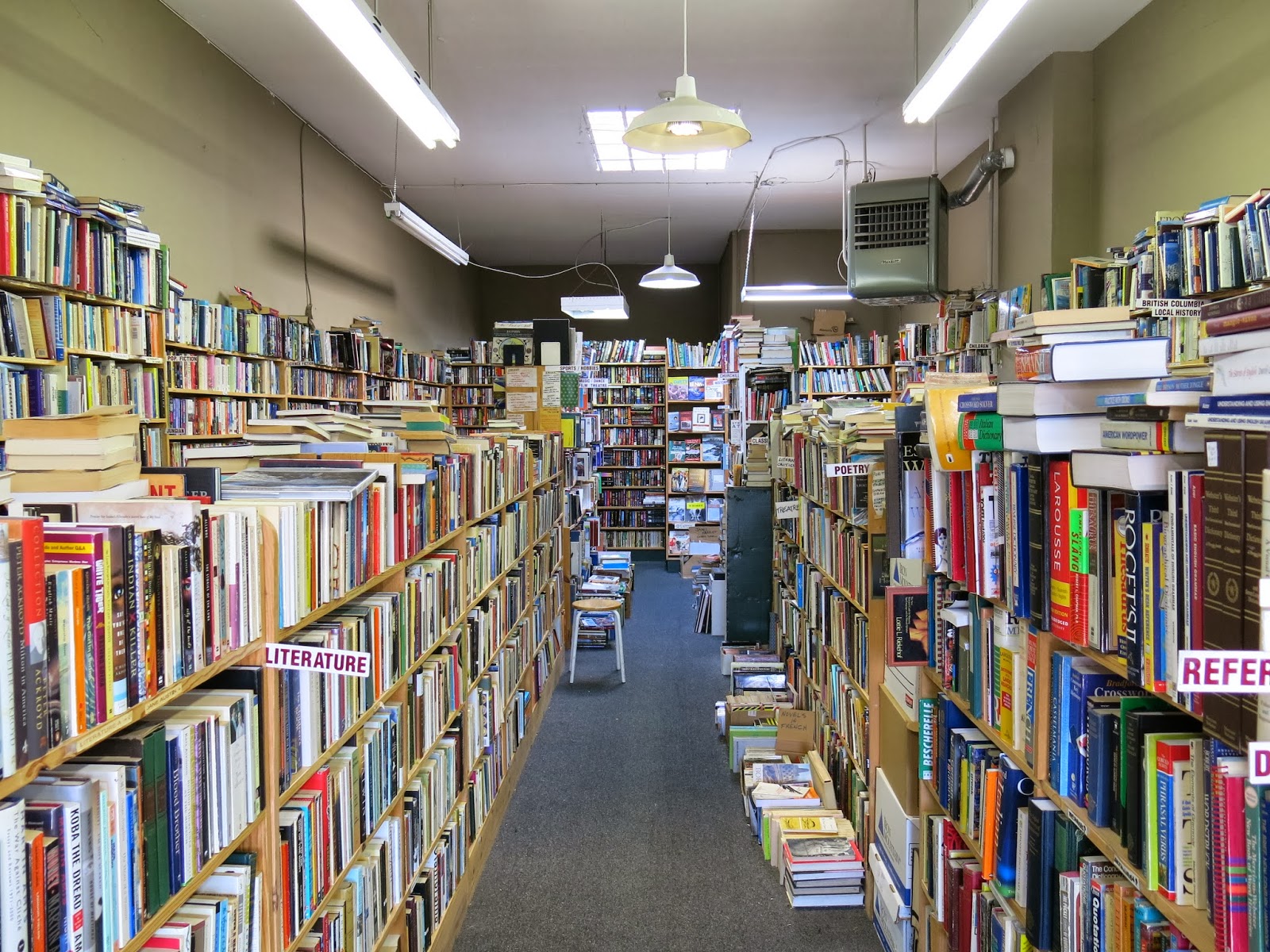 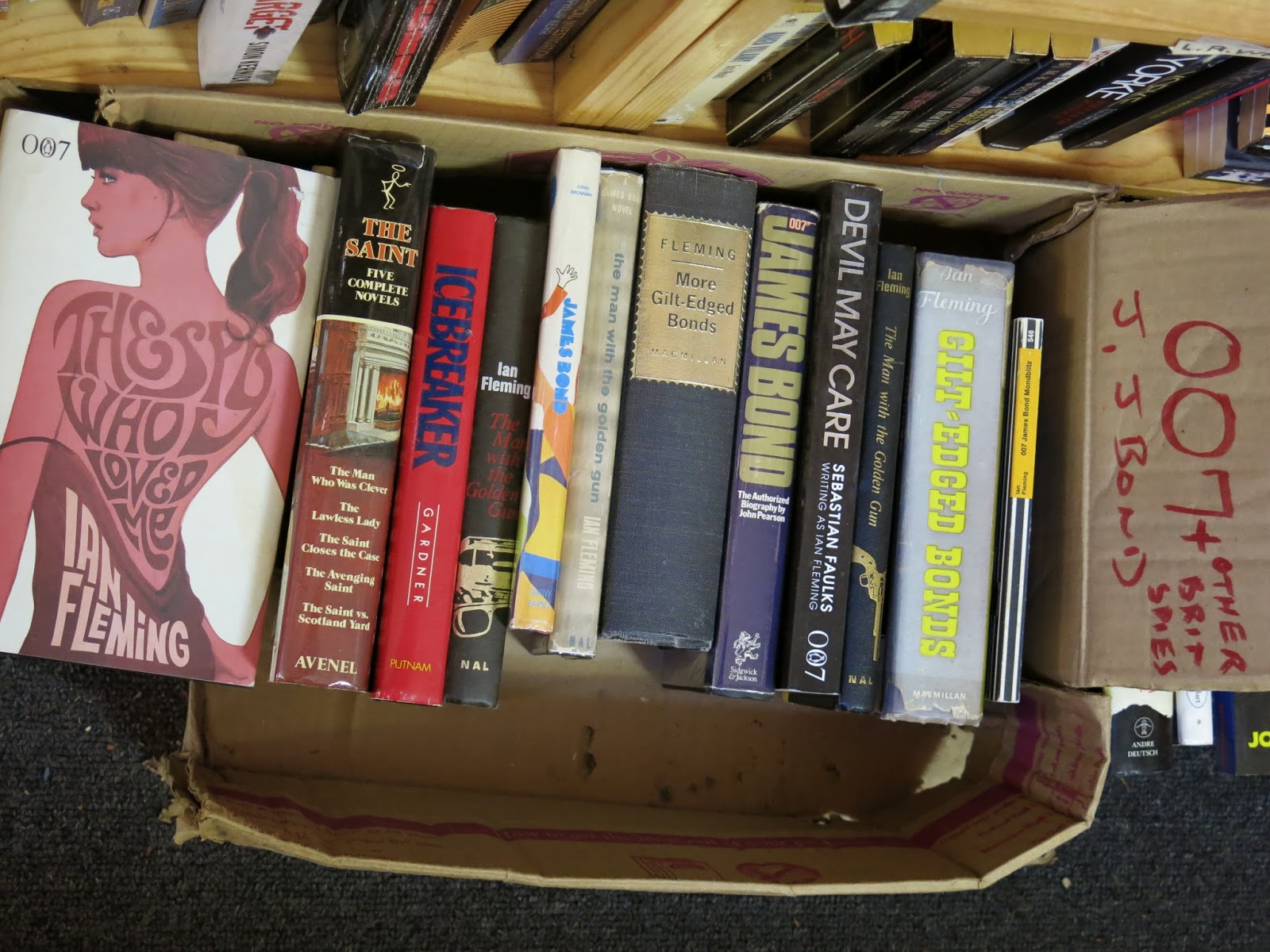 On our way back from Carson's we walked past "White Dwarf Books".  Specialising in science fiction and fantasy I still had to ask if they had any Bonds.  The answer was a polite "No".  Upon asking if I could take some photos the owner replied "Yes, but only if you take one of Juddy too". 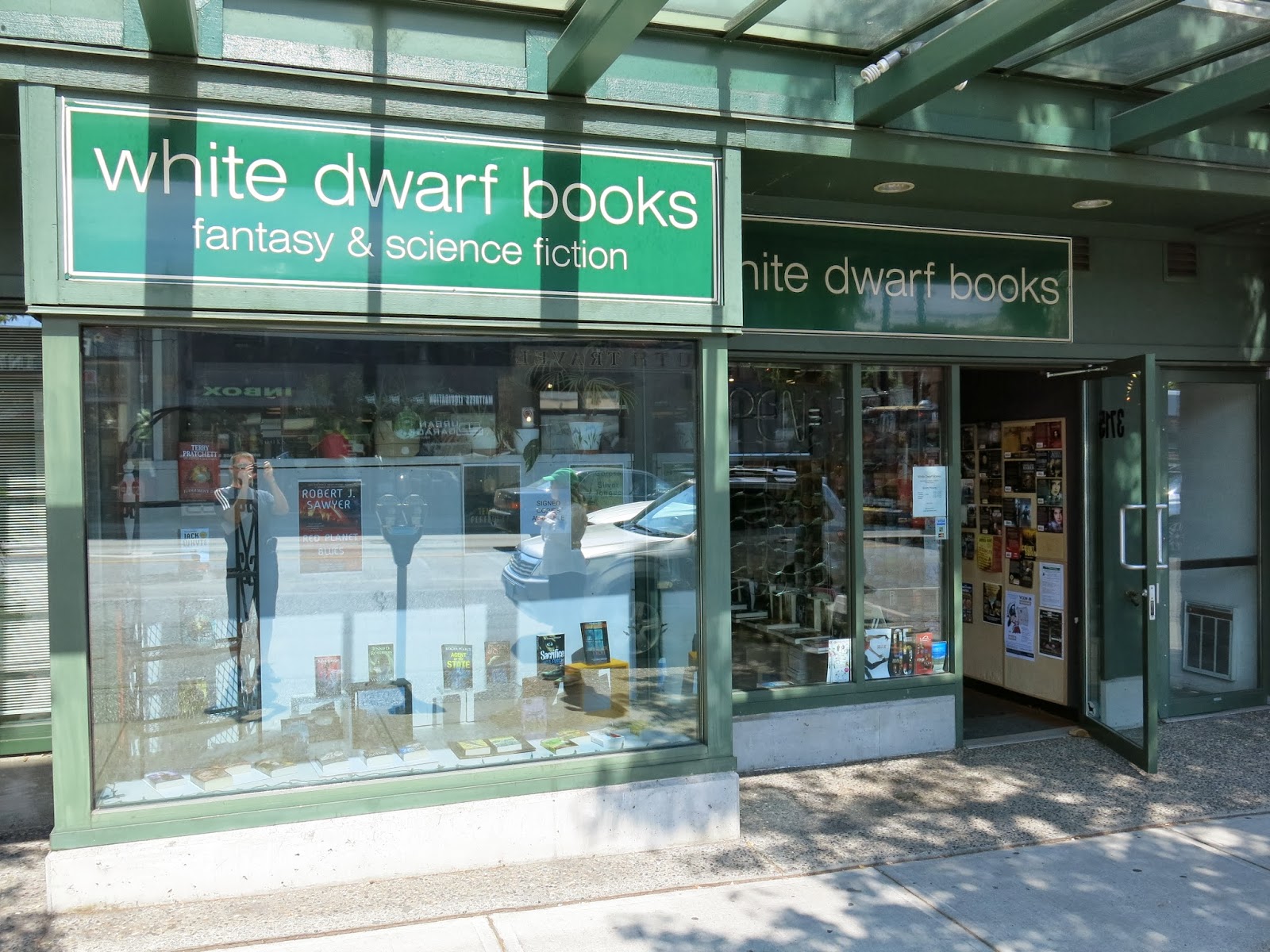 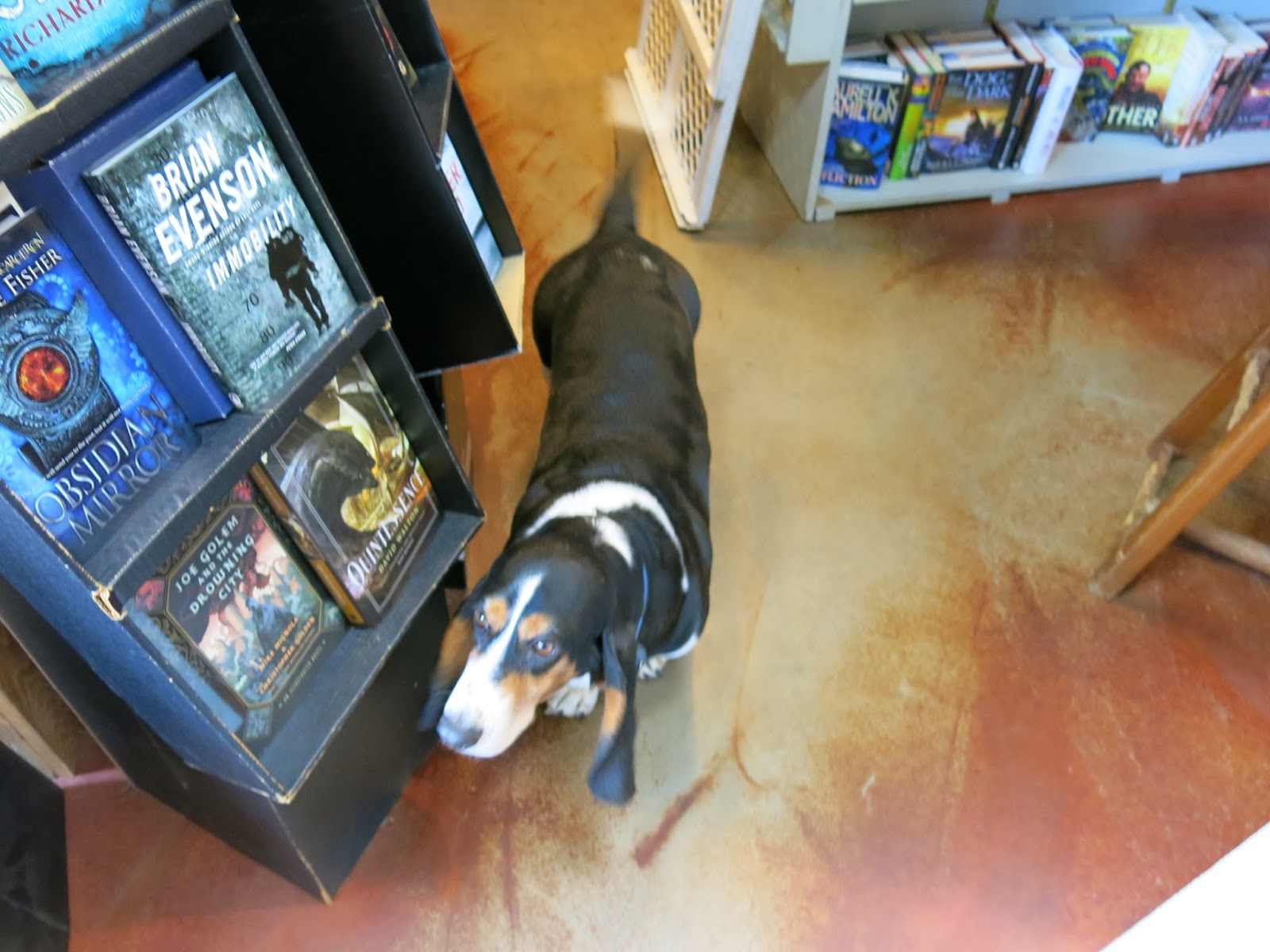 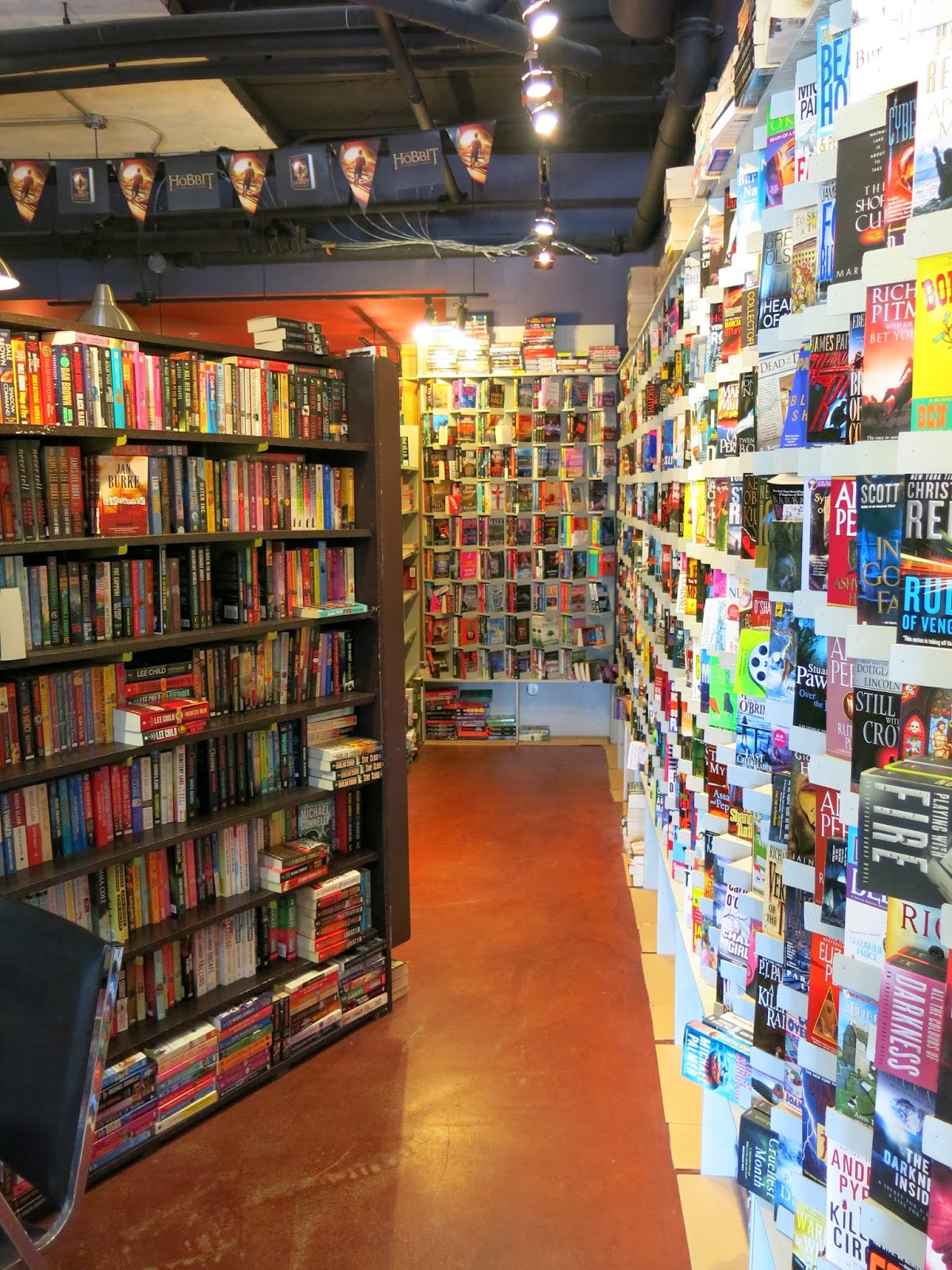 Overall I was surprised at the number of second-hand book stores in Vancouver, especially on West Broadway.  Shame I couldn't just walk up the street and visit them again tomorrow to check if they had any new Bond books.
Posted by Bazeer Flumore at 12:30 AM