Photos From A Toilet !

A friend of mine visited New Zealand two weeks ago and had dinner at the The Bunker Restaurant in Queenstown.  While there he visited the toilets.  Nothing unusual I suppose after a couple of drinks.  However while in the toilets he took some photos (yep, sounds dodgy), and even more strange, he took them for me !

Relax... this isn't "Borat". Strangely the walls in the toilet were covered by framed (repro) lobby cards from James Bond films.  Here's some of the selection of photos he took: 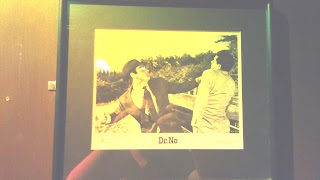 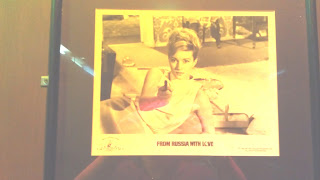 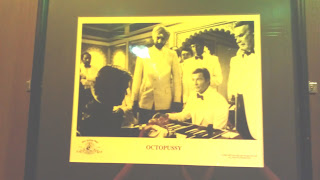 Also, while not Bond related, he also took this photo of a menu from another restaurant he visited.  "Head shot by shooter Callum Hughes" ??? 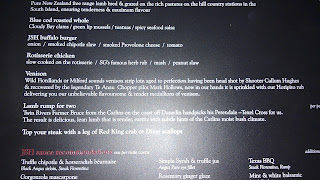