And as well as doing some touristy stuff while in Hobart I also managed to squeeze in some book hunting.  Unlike my visit in October last year this time I concentrated on just a few book stores that I thought might be lucky for me, especially because of time constraints. 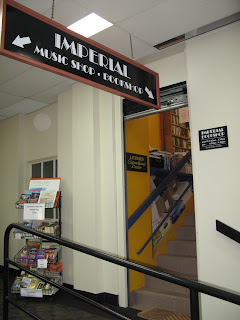 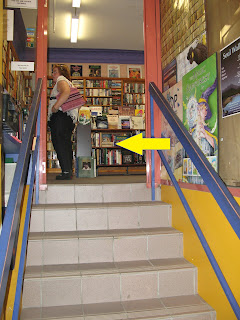 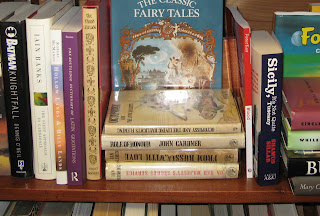 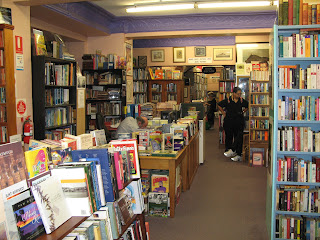 - Imperial Secondhand Bookshop (second hand) - first stop for me when visiting book stores in Hobart.  Unfortunately no paperbacks however they still had heaps of Jonathan Capes.  One of the owners also showed me a recently acquired hardback of "Dr No" with dust jacket, the second in the store.  The amazing thing about this store is as you enter there are four Capes just sitting on a shelf.  I doubt there are many other second hand book stores where the Bond hardbacks are so accessible. 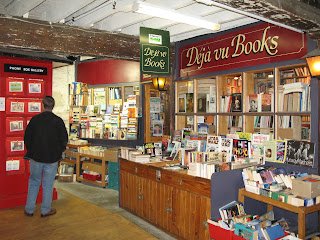 - Deja vu Books (second hand) - I looked through some of the paperback thrillers in the boxes out the front of the store and also asked one of the owners who explained they were out of stock of James Bond at the moment. 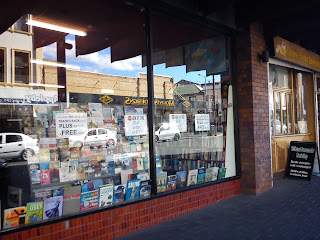 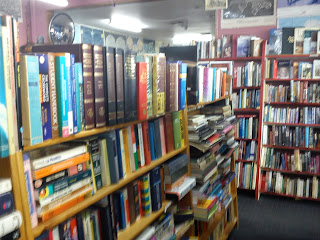 - Tolhurst's Downunder Bookshop (second hand ) - no Bond books unfortunately.  Last time I visited and mentioned James Bond the friendly owner handed me a slip of paper promoting the Fantastic Fiction website which he said he often used as a reference.  This time however I handed him one of my cards promoting Piz Gloria and hoped he would also mention my site now to any other fellow Bond collectors.  The owner was so generous he even rang another book store in Moonah for me and asked them if they had any Bonds.  No luck though: a couple of 60's Pans. 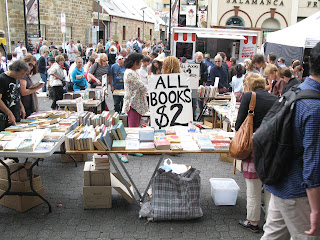 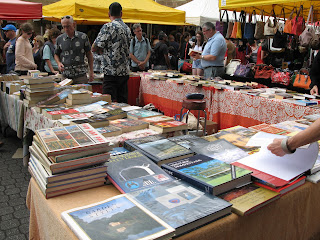 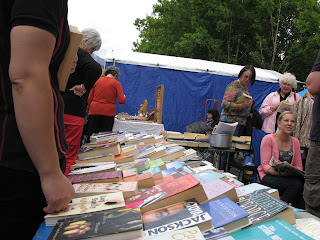 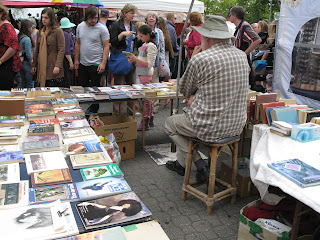 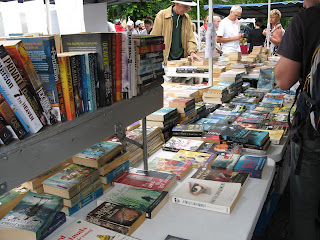 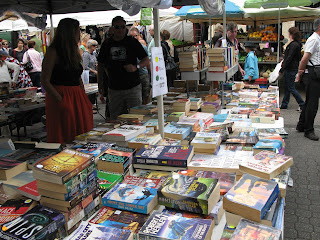 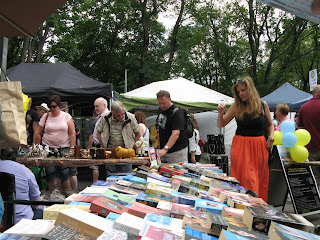 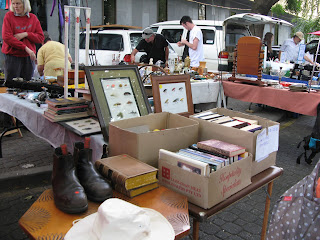 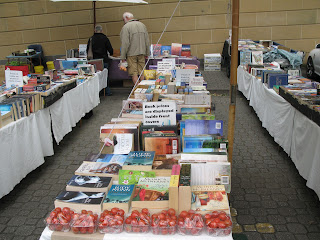 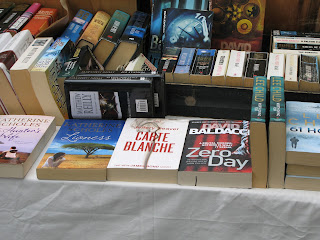 - Salamanca Market (second hand) - heaps of stalls selling second hand books but unfortunately I only spotted one Bond paperback, the copy of "Carte Blanche" shown above. 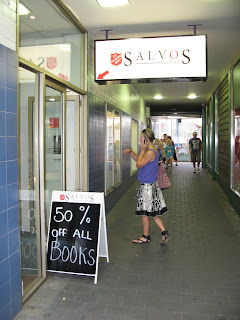 And finally... while searching for a place to buy lunch in Hobart one day my wife and I came across this sign outside a Salvation Army Charity Store down one thin alley way.  But because we were both hungry we decided to fill our stomachs first before returning and checking the books out.  We forgot to return!  Next time I suppose...
Posted by Bazeer Flumore at 11:53 PM