Back To Some Book Hunting

Last Sunday afternoon my wife and her sister went to see "Les Miserables" at Her Majesty's Theatre in the City.  So I dropped them off outside the theatre and then went off to do some book hunting. 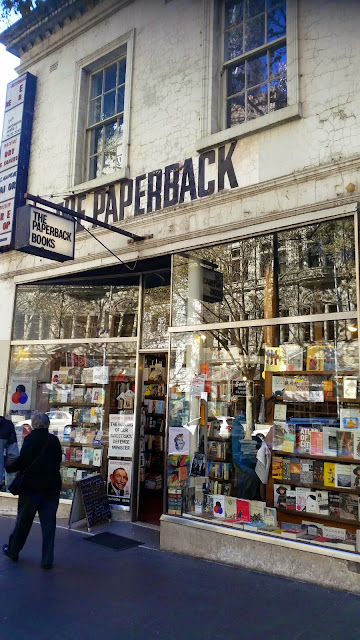 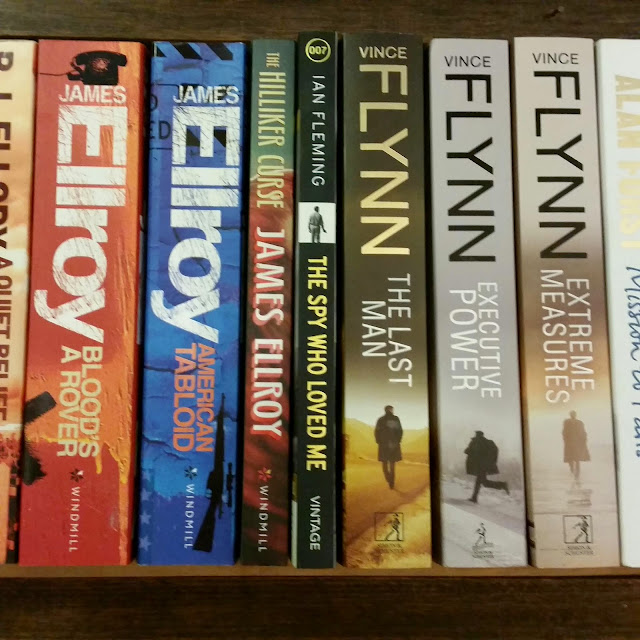 - The Paperback Books (new) - This store was just near the theatre.  They had a new copy of "The Spy Who Loved Me" published by Vintage Books. 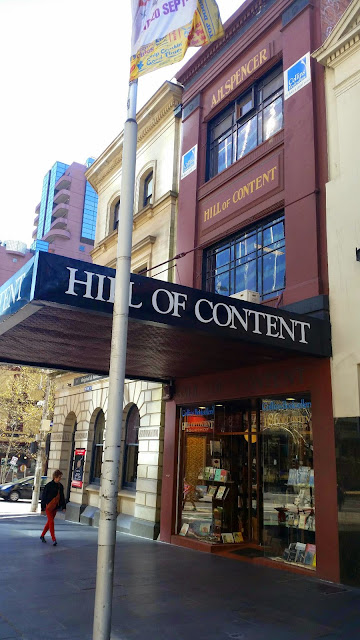 - Hill Of Content (new) - Just a few doors down from The Paperback Books.  I knew I would be unlikely to find any books on the shelves to add to my collection but it's always good to keep abreast of the latest releases. 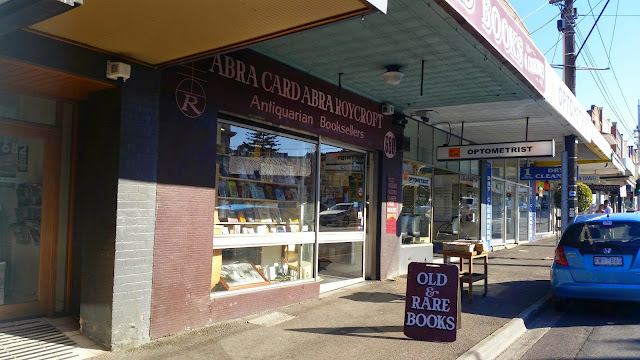 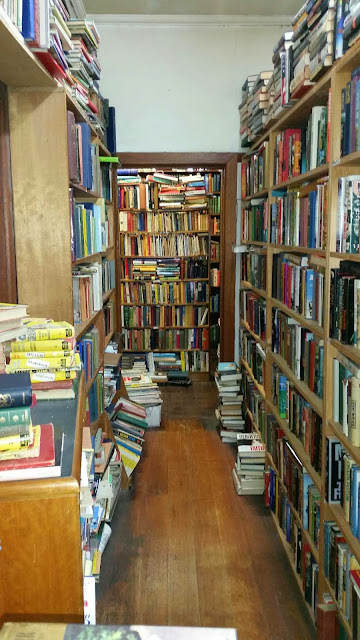 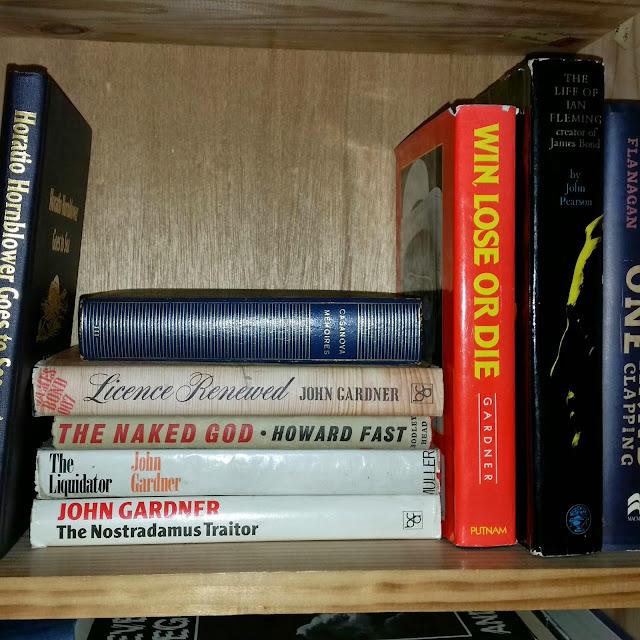 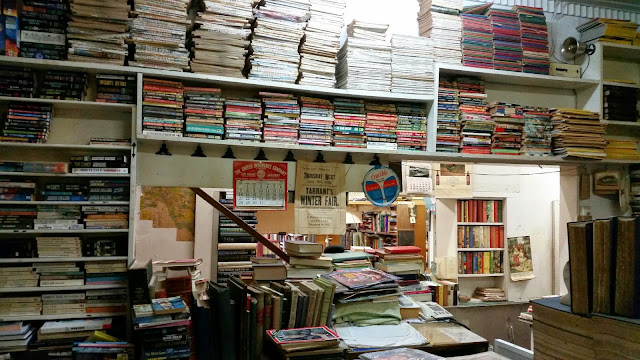 - Abra Card Abra Roycroft Antiquarian Booksellers (second hand) - a short drive from the City to Kew.  They had less Bond hardbacks upstairs than normal however after speaking to Marion behind the counter it turns out the owner had just released a September book catalogue which listed seven Fleming, one Markham and four Gardners - all published by Jonathan Cape.  Marion checked out the back and there were still some Gardners available but I had them all. I did manage to pick up a nice Pan "Thunderball" movie tie-in. 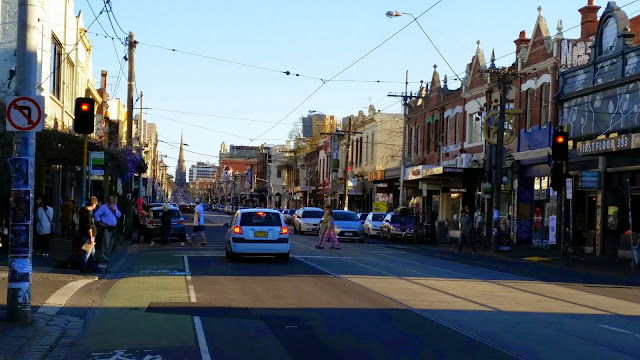 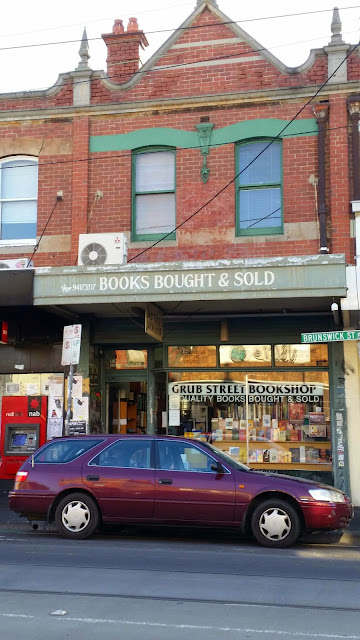 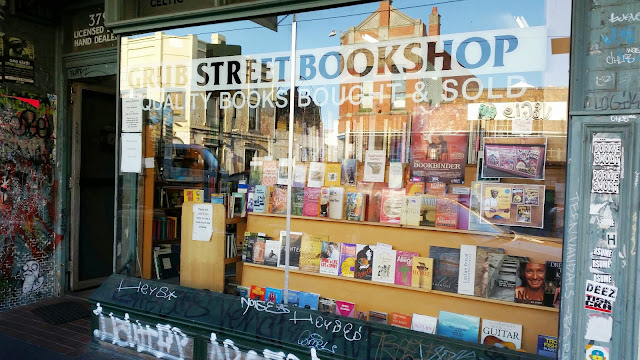 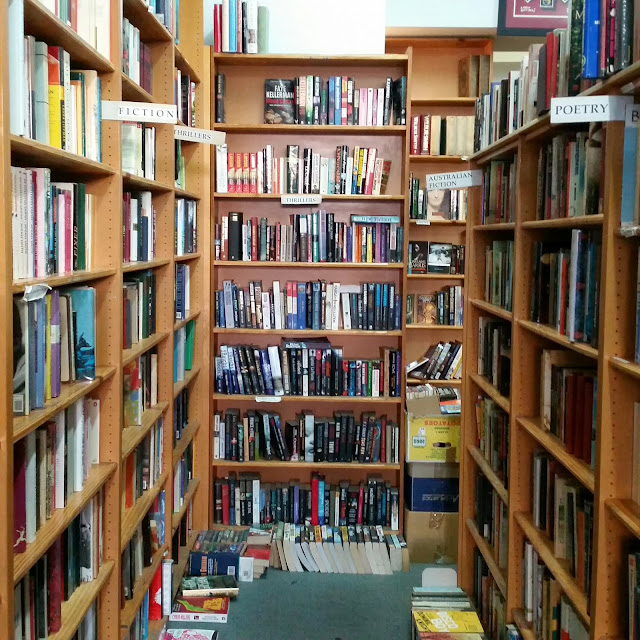 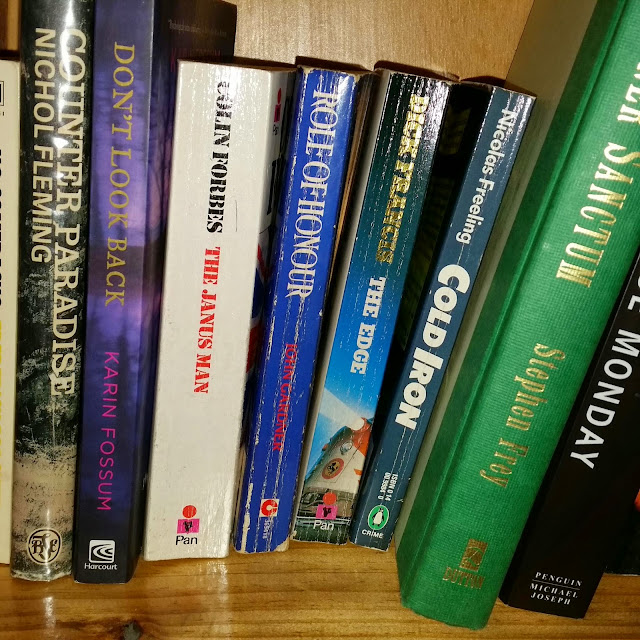 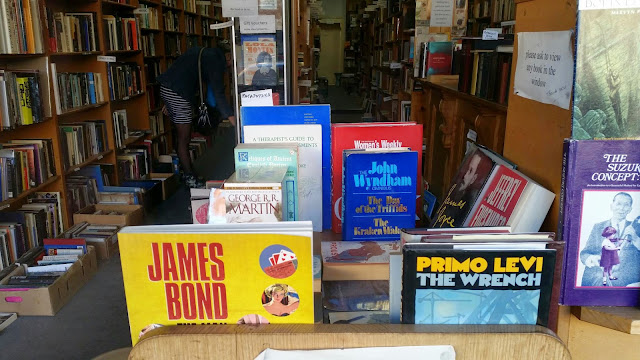 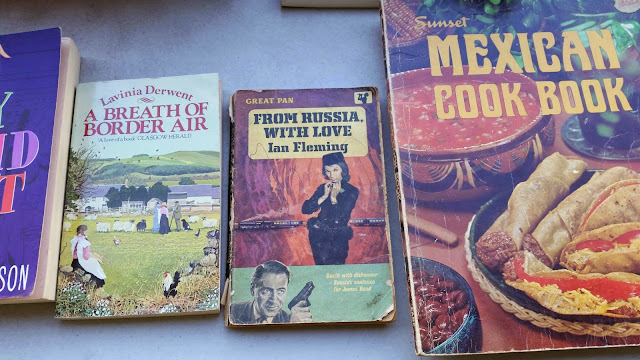 - Grub Street Bookshop (second hand) - They had a Gardner "Role Of Honour" and an early Pan "From Russia With Love".  They also had several Bond related books.  None for me though. 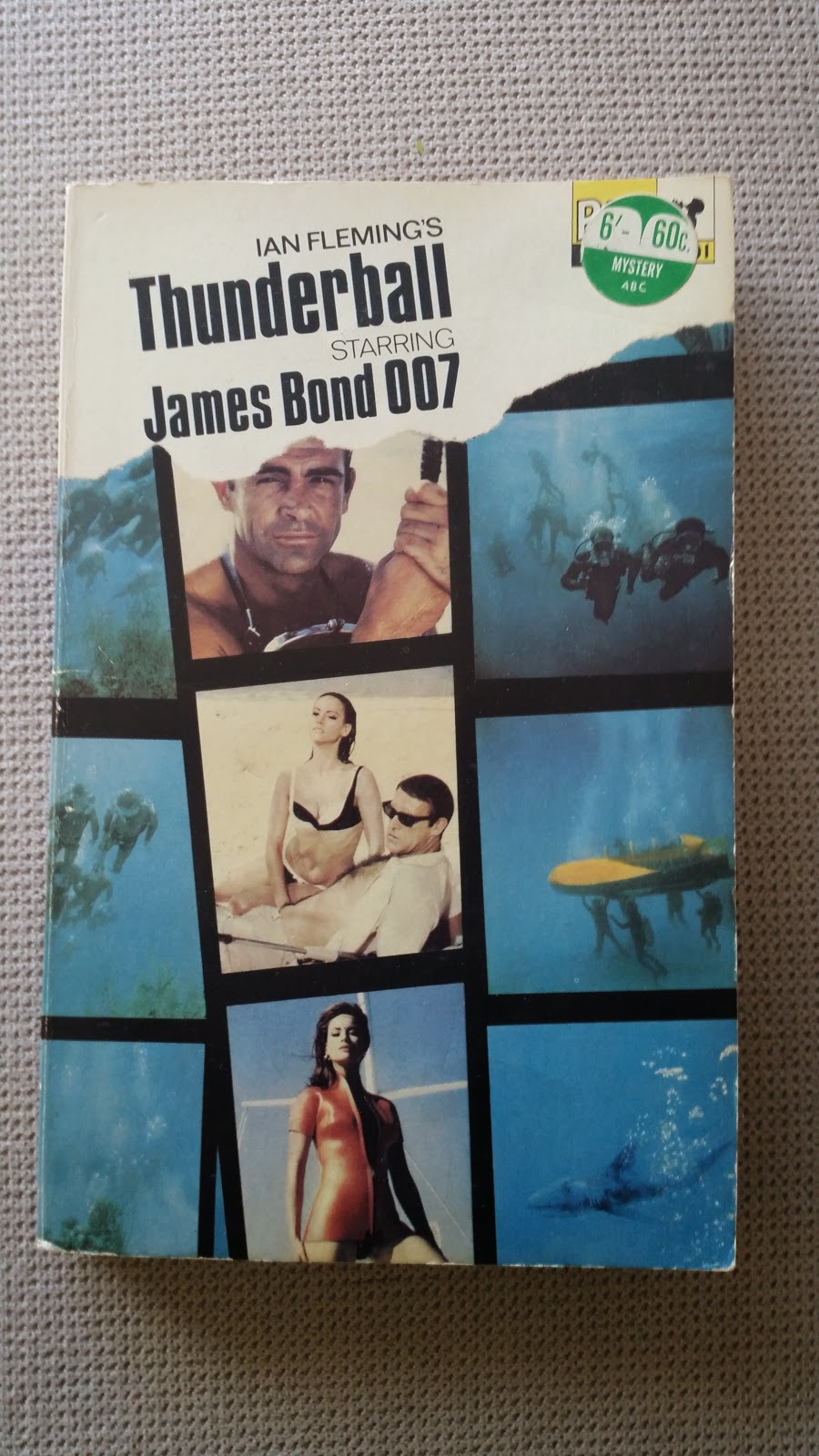 Overall my book hunting resulted in the purchase of a nice copy of a 1965 Pan "Thunderball" but no new Bonds for my collection.

And if you're interested here's some other photos I took while on my hunt: 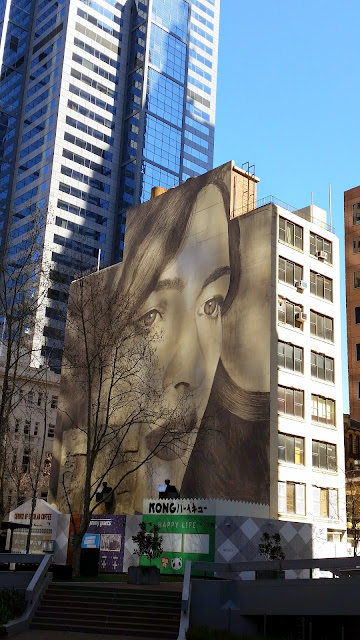 Large portrait on the side of a building in the City. 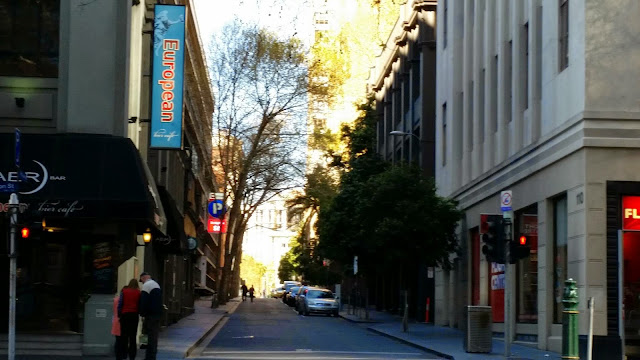 View of Little Collins Street toward the Old Treasury building. 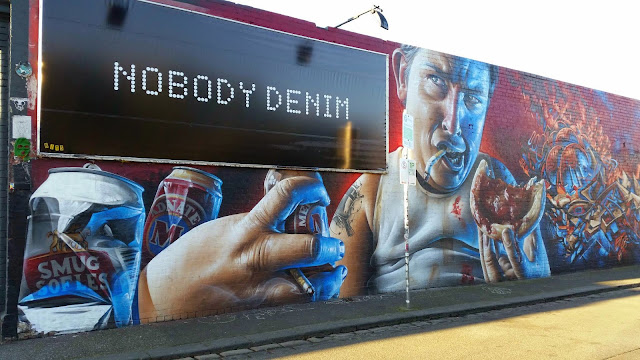 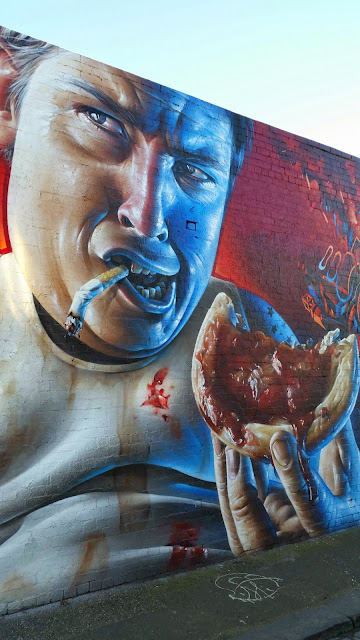 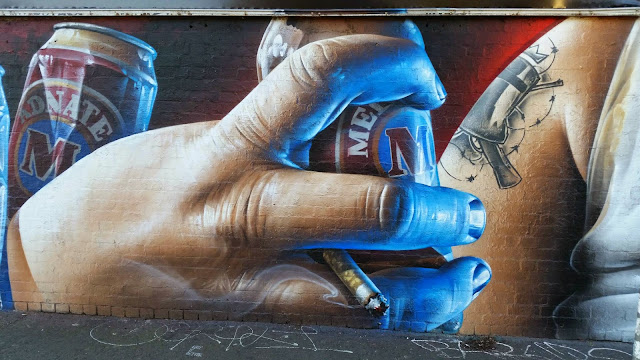 Pie eating / beer swilling mural in Fitzroy.
Posted by Bazeer Flumore at 12:05 AM No comments:

Unfortunately news has just broken about the passing of Richard Kiel who played the villain "Jaws" in two Roger Moore - James Bond films.  Very sad news.  Growing up in the 1970's he was the Bond villain of choice for many of us young kids at primary school, and obviously his audience popularity after "The Spy Who Loved Me" resulted in his recall as villain turned hero in "Moonraker".

From what I've heard and read, and especially after reading a recent post about his broken leg in the From Sweden With Love newsletter, he was a really down to earth bloke and very easy to talk to.

It's obviously a quiet time at present for Bond fans in Melbourne.  No new Bond film, book or DVD/Blu-Ray releases.  No Bond exhibitions or events.  But I did manage to grab this snap the other day while walking past the Omega shop at Crown Casino to meet my wife after she'd attended a seminar in the City. 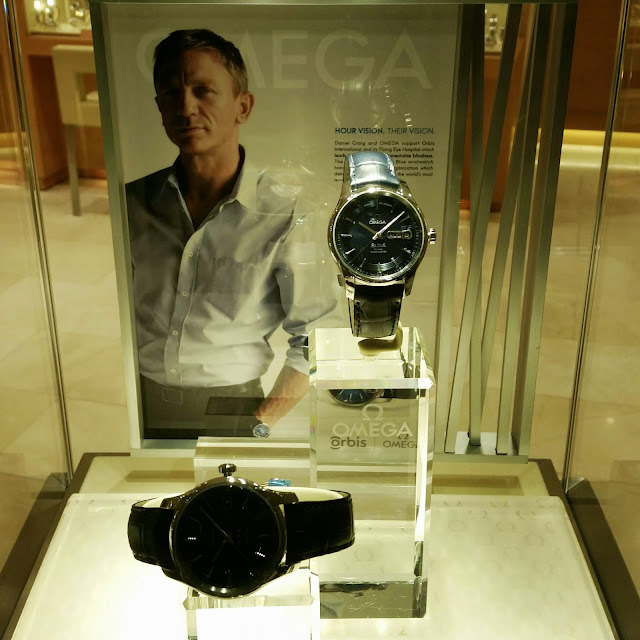 And as a side-note here's some snaps I took outside the casino while trying to find a cheap restaurant for dinner. 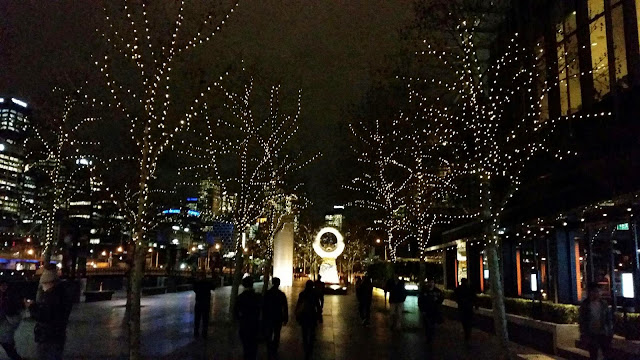 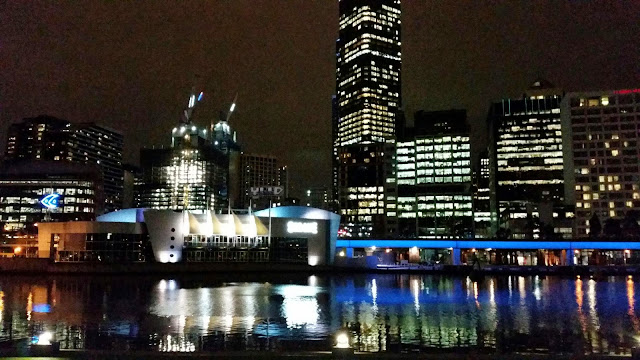 Two months ago a fellow Bond fan, CityLakes, contacted me about a promotional copy of "Goldfinger" published by Vintage Books that was missing from the Promotional Copies page of the website. The paperback was included with the November 2012 issue of GQ magazine that featured Daniel Craig on the cover.  Somehow I had missed this issue when it was first released.

After a week of searching I managed to find a copy of the relevant GQ magazine accompanied by the "Goldfinger" paperback.  What's more, the magazine and book were both unread.  I was then able to get a friend and fellow Bond fan in the UK to forward me the magazine (by sea) and book (by air) and voila... the "Goldfinger" book arrived (extremely well packaged) the other day.

So here's some photos from when I first opened it.  The back cover reads "Promotional copy not for resale" and beneath it "Available with GQ".  The cover also has a matte finish compared to the retail version. 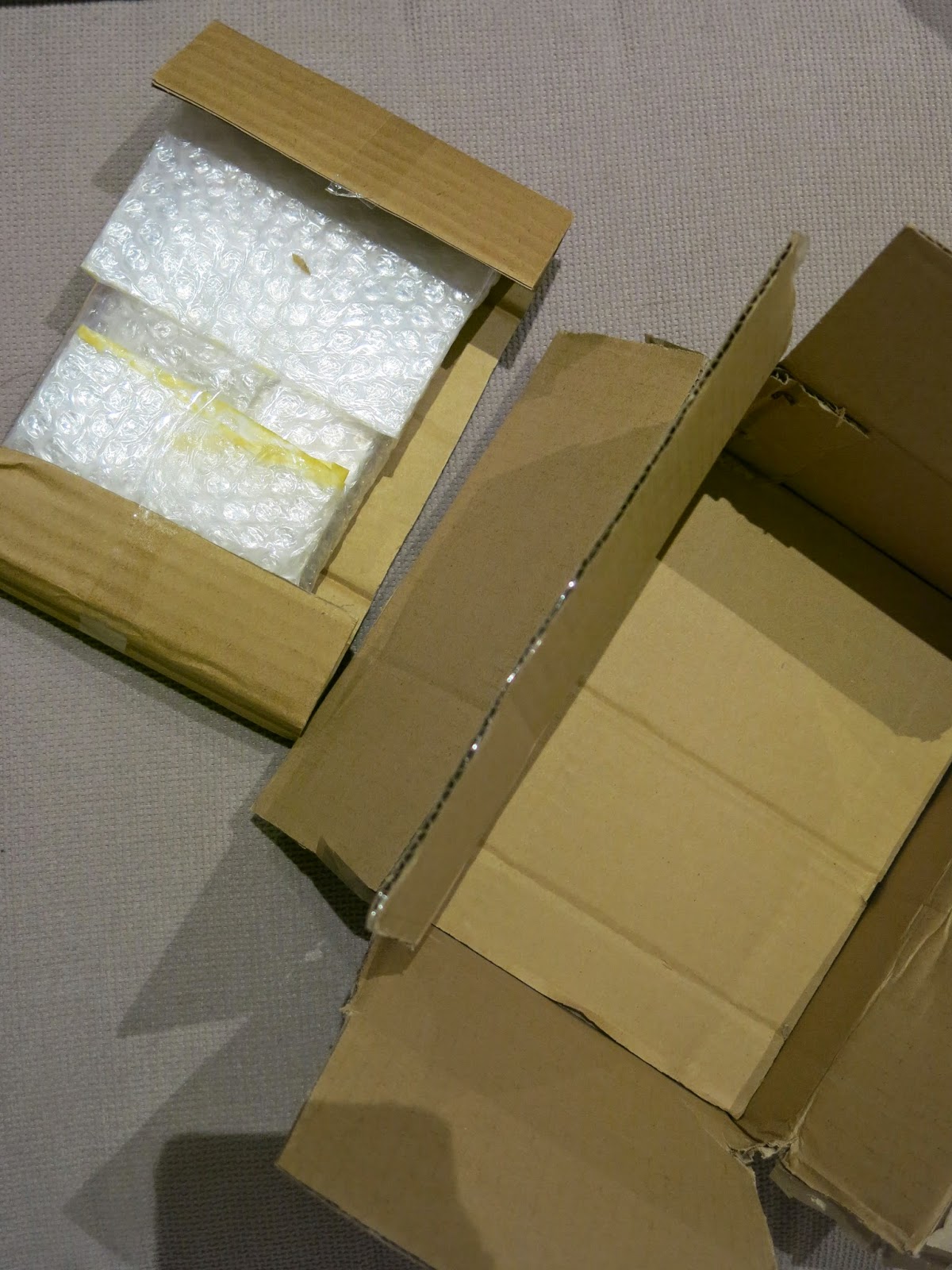 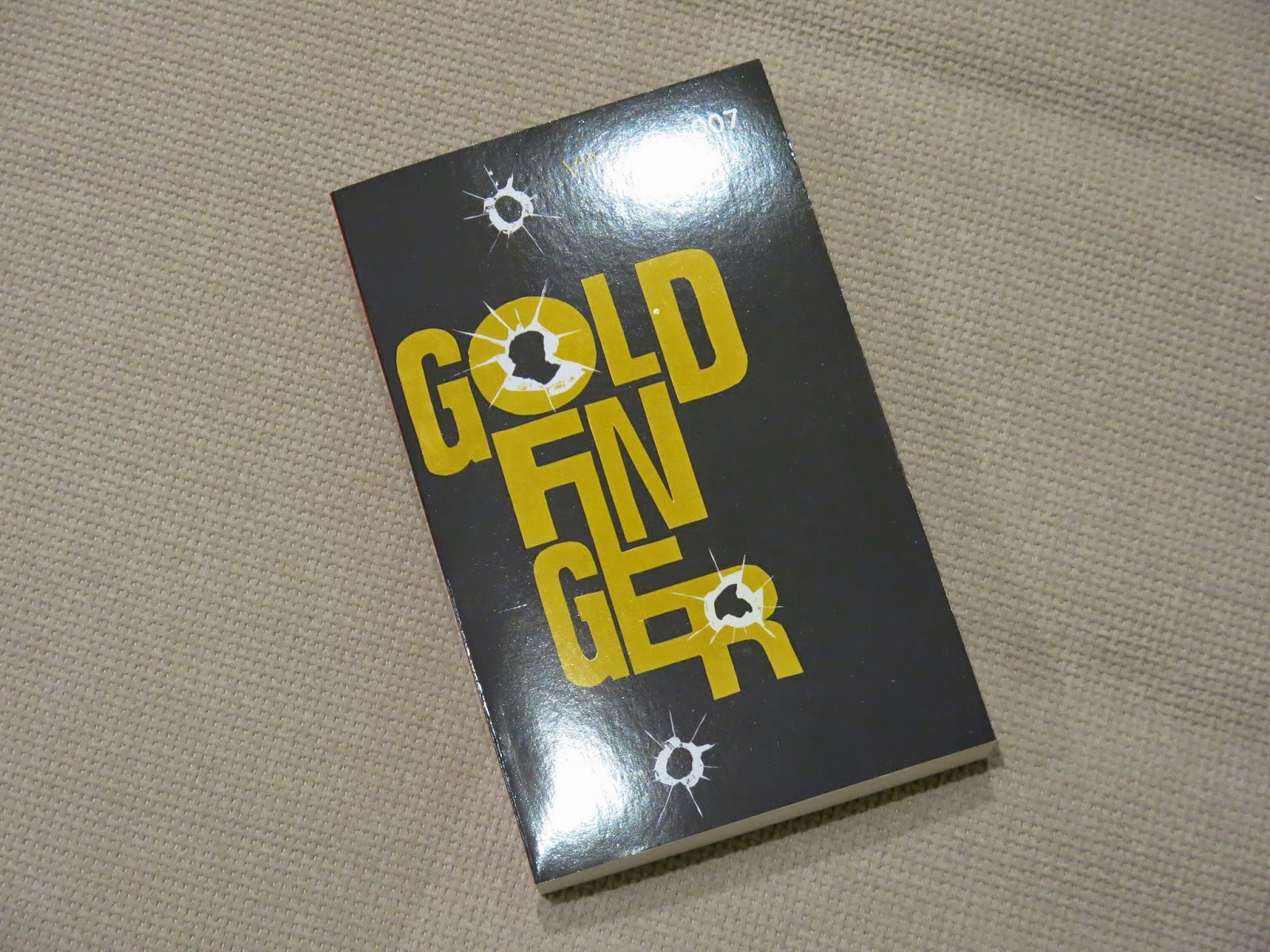 I'll be adding a scan of the front and back covers to the Promotional Copies page of the website ASAP and I'll also include some photos of the magazine when it arrives.

Thanks again to both of the Bond fans involved, firstly for informing me about this book and secondly for organising its transport and safe arrival here in Oz.  Much appreciated.
Posted by Bazeer Flumore at 10:49 PM No comments: