"No Time To Die" (Finally) Released In Oz 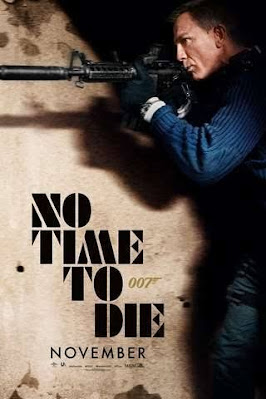 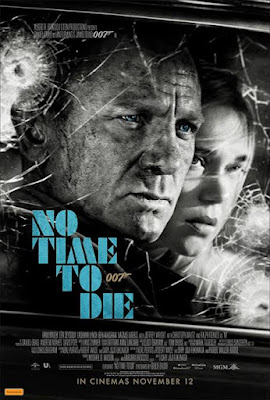 Today marks the official release date of "No Time To Die" in Australian cinemas.  The film's release here was delayed, compared to the rest of the world, due to recent Covid outbreaks and lockdowns.  Now as we've reached some major vaccination milestones our cities, and lives, are starting up again.

There were preview screenings earlier in the week but the official screenings began at some venues overnight at 12:01am for the die hard fans.  This is easily the biggest film released in our cinemas since Covid hit us around March 2020.

The hardest part of our delayed release has been avoiding spoilers and reviews that litter social media and the web.  Fortunately I've only been following Australian James Bond sites and posts about the film as most have followed the #NoTimeForSpoilers standard.

I'm hoping to see the film with my wife, Dad and perhaps even brother over the weekend.  My Mum on the other hand, who has seen all the other Daniel Craig - James Bond films at the cinema, has decided she's not interested in seeing this one just yet.

Fingers crossed Aussies brave public places again and visit the cinemas to make this film a box office success.  The film promises to be a great swansong for the Daniel Craig - James Bond era.