Trip To The US - Los Angeles

The final city we visited on our recent whirlwind trip to the US was Los Angeles.  There we hired a car and drove to Santa Monica to visit Book Monster.  This store is great.  It's really well organized with lots of secondhand books.  I managed to find some Ian Fleming - James Bond novels and some Charlie Higson - Young Bonds, but unfortunately I already had them in my collection. 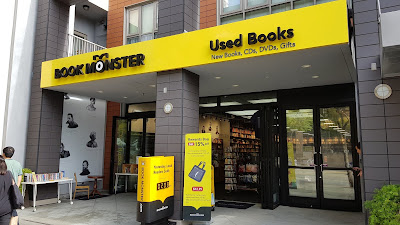 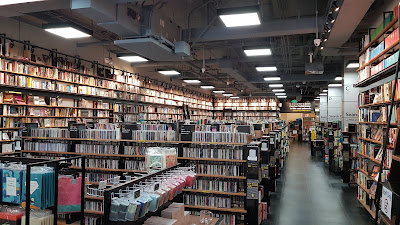 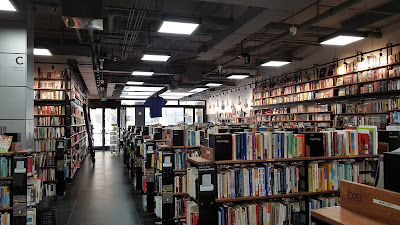 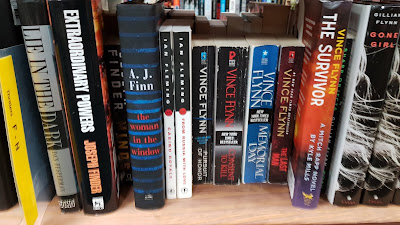 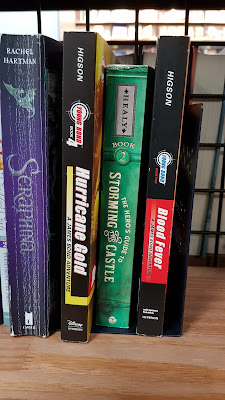 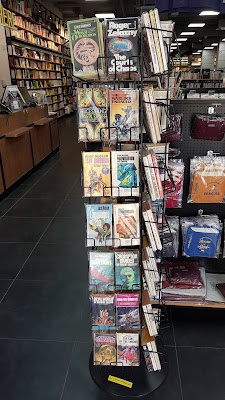 Back in LA we ventured by foot to Larry Edmond's Bookshop.  Located close to the Grauman's Chinese Theatre on Hollywood Boulevard this store is a cinema lover's paradise.  Lobby cards, posters, film stills, books, magazines... anything you could want as a souvenir from Hollywood. 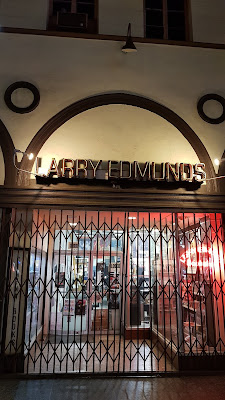 While there I looked specifically for items about "On Her Majesty's Secret Service" but couldn't find any.  Then I spent time going through Bond movie stills and ended up purchasing these five press release images from "Never Say Never Again".  The guy behind the counter was really helpful too.  Who needs a computer inventory system when you've got a memory like his. 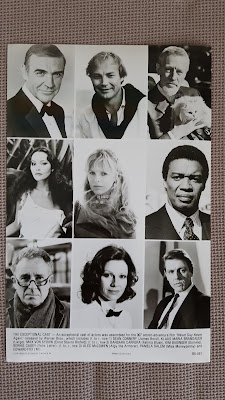 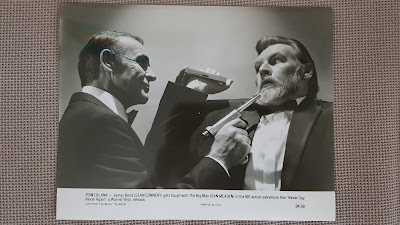 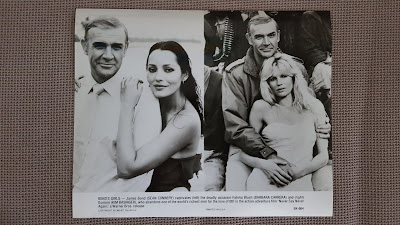 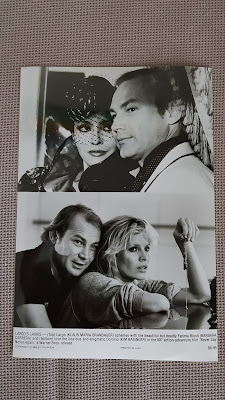 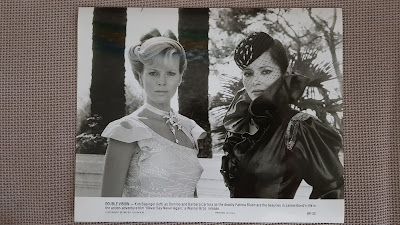 After leaving Edmond's I stopped by Grauman's Chinese Theatre and snapped this photo of Sean Connery's imprints in the concrete. 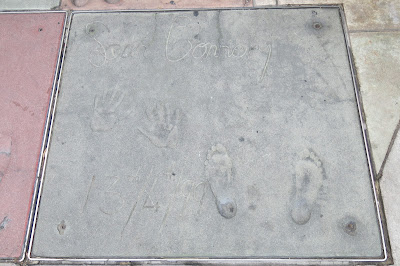 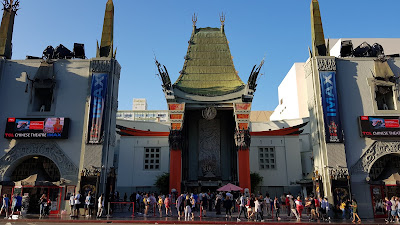 And Roger Moore and Pierce Brosnan's stars on the Hollywood Walk Of Fame. 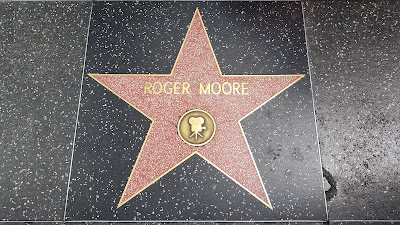 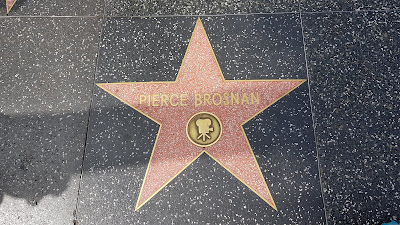 Finally, here's some other snaps we took while in Los Angeles: 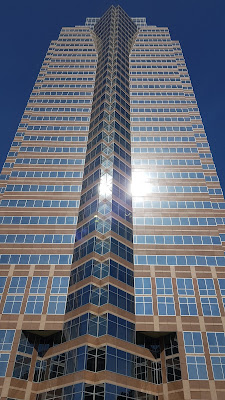 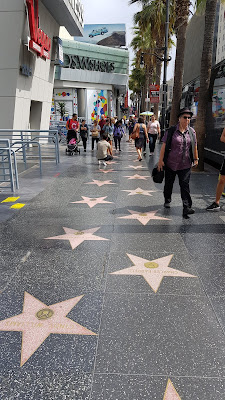 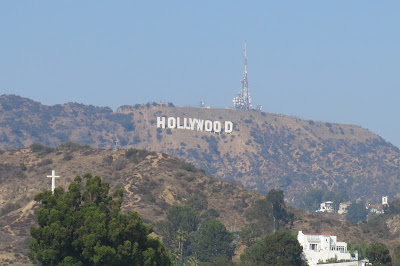 An Italian "The Living Daylights" poster in a shop 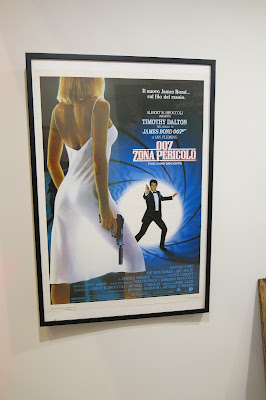 More imprints outside the Chinese Theatre 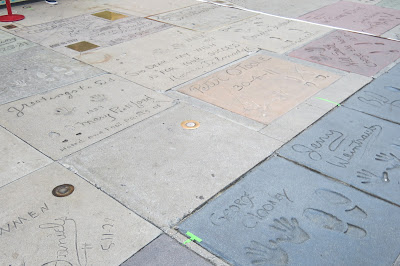 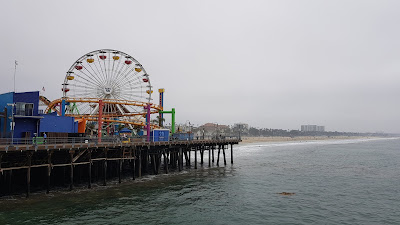 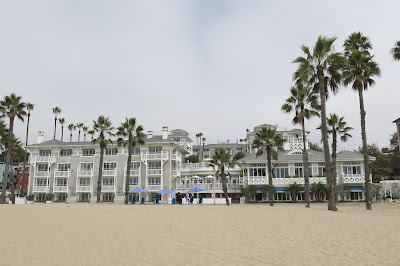 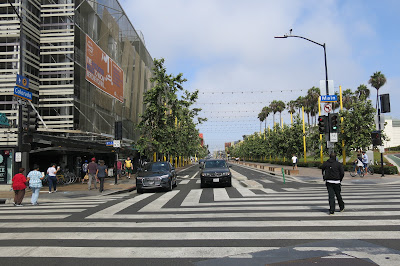