Following on from yesterday's blog entry, here's Part 2 of details of my recent book hunt in Hobart, Tasmania with my wife.

Fullers Bookshop in Hobart is a brilliant independent store selling new books and always seems to be packed with customers.  I had a quick look but couldn't find any Bond novels on this visit.  However that's not to say they didn't have any on their shelves, I was just eager to visit other book stores too. 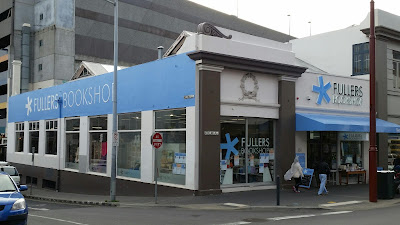 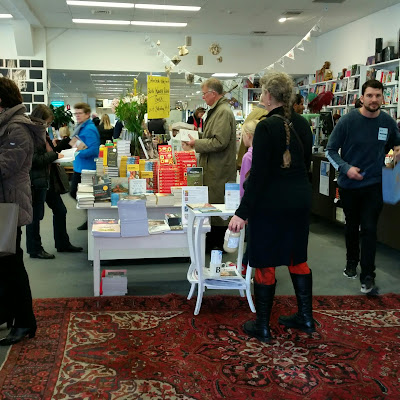 I then made my way to Dymocks.  This horse drawn carriage shows tourists the sights of the City. 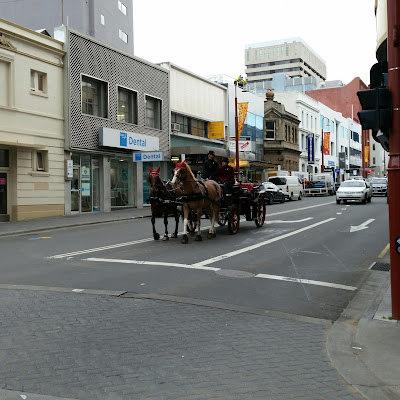 Dymocks had several Bond paperbacks on their shelves, as well as a copy of the latest Young Bond book released by Steve Cole - "Heads You Die".  It was the first time I've physically seen this book.  I didn't end up buying it though, preferring to purchase it after I returned to Melbourne as I feared it would get damaged in my hand luggage on the plane. 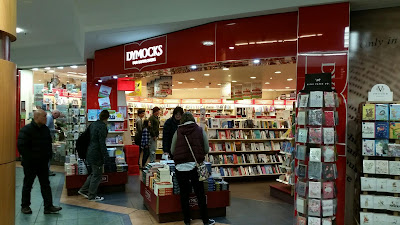 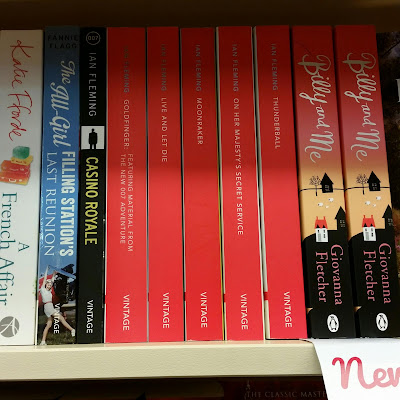 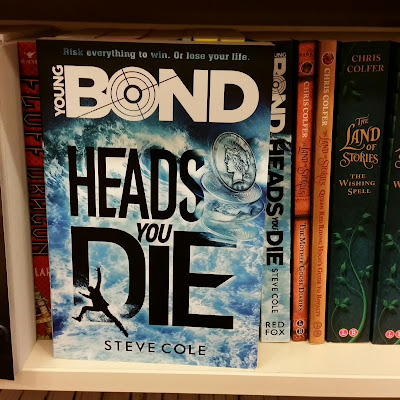 Next I returned to the hire car and drove to "Swan's Moonah Bookshop", in Moonah.  This store is linked to "Tolhurst's Down-Under Bookshop", and the owner, Gary, had called ahead to let them know I was coming to look at their Bond paperbacks. 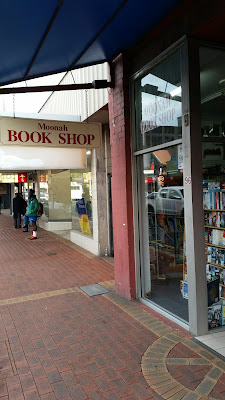 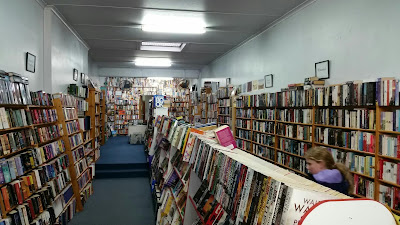 As you can see they had a few Bond paperbacks. 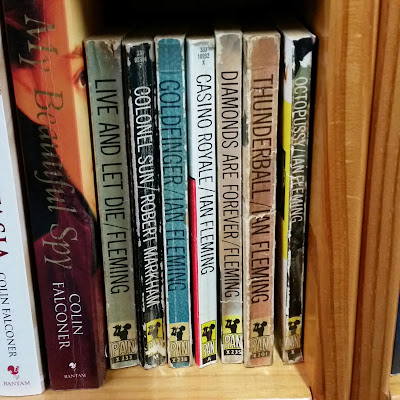 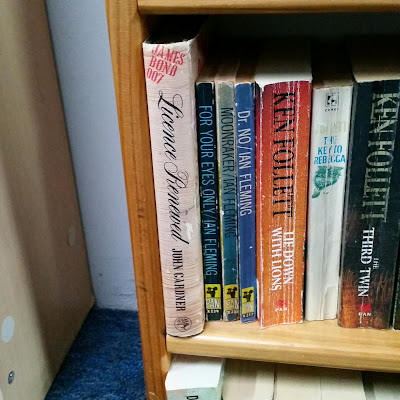 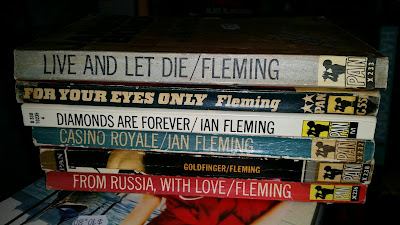 And then to my amazement I found a copy of "On Her Majesty's Secret Service" by Pan Books on the shelf with purple title text on the cover.  I've been looking for a copy like this for years so I quickly purchased it.  Normally the title text is green except for the first three printings.  This edition is a third printing.  First printings often sell for $100's on the web (see the start price below of a current eBay auction).   I'm still after that elusive first printing as occasionally the title text even appears to be blue in images on the web.  I'm just not prepared to pay that much for it. 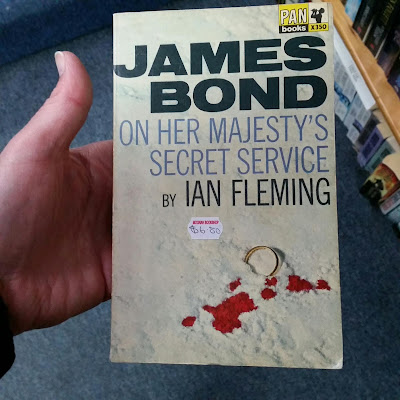 On leaving this store, and feeling very chuffed, I ventured over the road to a shop selling models.  There I purchased this scale model reproduction of Tracy's Mustang from "OHMSS".  I've seen it around but decided today was the day to finally buy it.    (I also managed to bargain the price down a little too.)  As many would know this car was available with the part-works series the "James Bond Car Collection".  I now have three models in this series but am only concentrating on the "OHMSS" film. 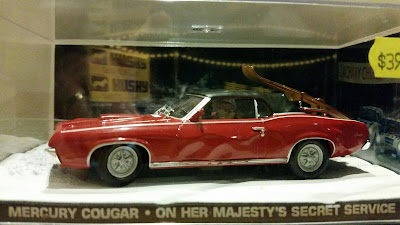 On Saturday morning my wife and I walked to Salamanca Market.  As usual there were several book stalls selling second-hand books, and I managed to find the Bond novels shown.  Unfortunately I already had them though. 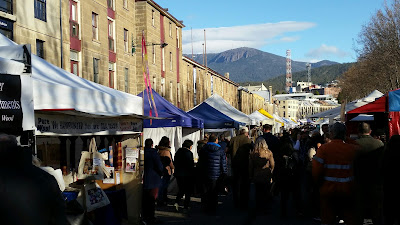 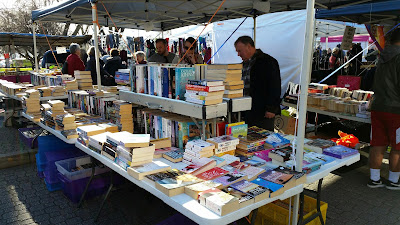 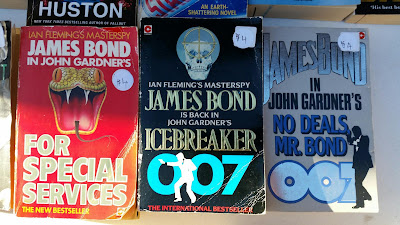 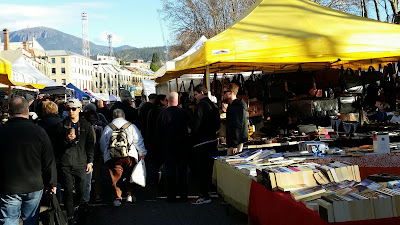 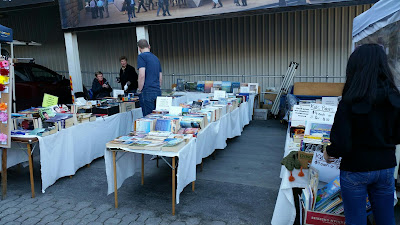 On Saturday night we went to the State Cinema to see "Hunt For The Wilderpeople" (it was actually good fun) and while there visited the adjoining "State Cinema Bookshop".  This was the last book store I visited while in Hobart. 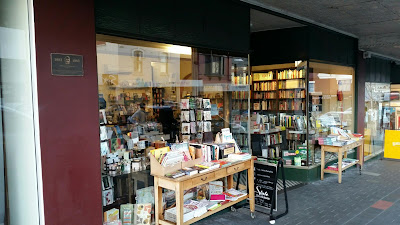 And now for some non-book related snaps of Hobart:

Here's the view of Constitution Dock from our hotel and some other photos while walking around it.  Despite it currently being Winter here in Oz the weather was like this every day we were there. 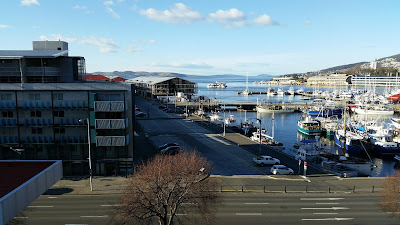 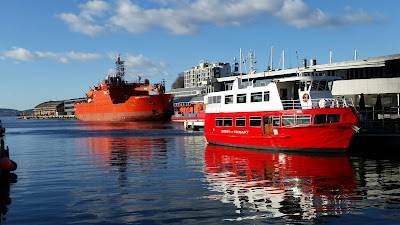 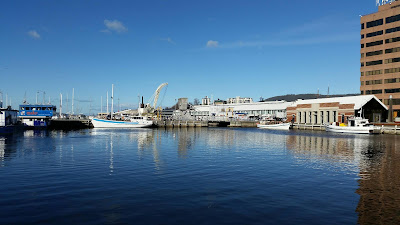 Here's a typical view of the bush at the base of Mt. Wellington taken while my wife and I were on a short hike. 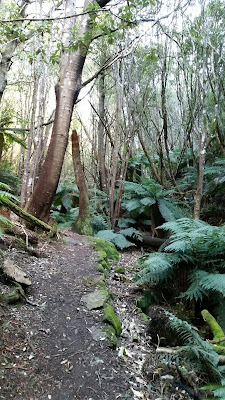 A photos of the summit of Mt. Wellington from where we had great views of Hobart. 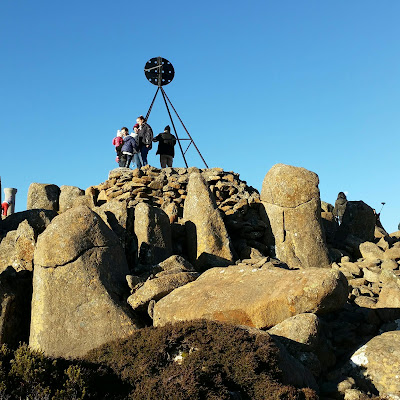 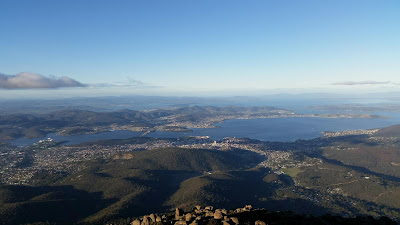 There was even enough snow at the summit for visitors to make snow men and have snow fights. 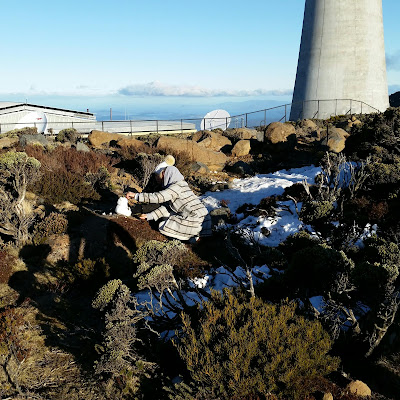 And more snow/ice by the side of the road as my wife and I drove back down the mountain. 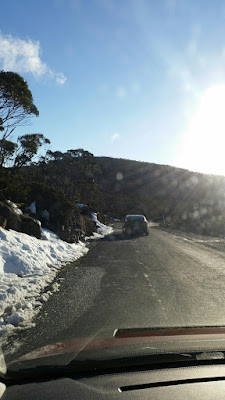 In summary, we had another great break in Hobart, and I was also fortunate to pick up an elusive Pan Book and a scale replica car.  So if you're ever visiting Oz, as I always say, you have to visit Tassie.
Posted by Bazeer Flumore at 1:04 AM

That copy of OHMSS was a great find at a great price. The best I've got is a 2nd but with the 60c price.

Thanks Tim. Yes I was very pleased