At about 9:30 in the morning my wife, our friend Mona and I boarded the cable car in Murren for the ten minute journey to the top of Schilthorn.  The large cable car was only partly full but everyone seemed excited to be on their way. 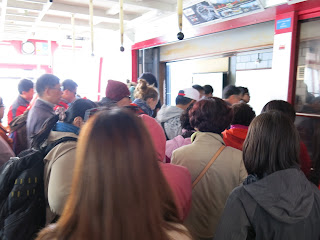 Half way up we changed cars at the Birg station.  We could now all see Piz Gloria, the location of Ernst Stavro Blofeld's scientific laboratory and allergy clinic from the James Bond film "On Her Majesty's Secret Service". 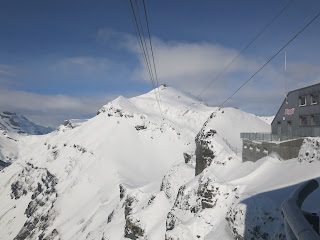 On arrival we immediately made our way to the Piz Gloria restaurant.  As we were staying in Murren we had a complementary breakfast included in our visit.  We had also booked lunch so it was going to be a long and enjoyable morning. 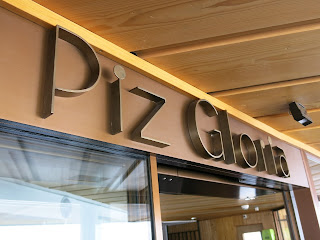 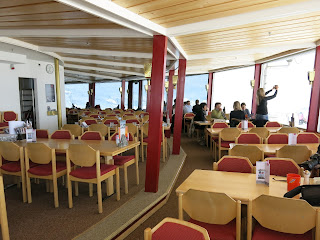 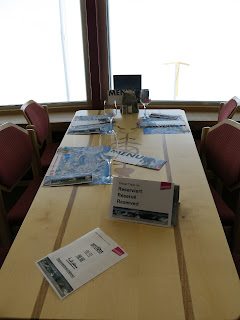 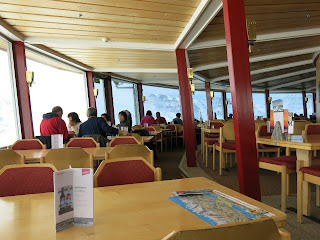 Once I started walking around the restaurant I was amazed to see how many Bond references there were.  From the "007" printed on every second window... 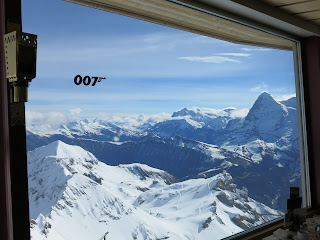 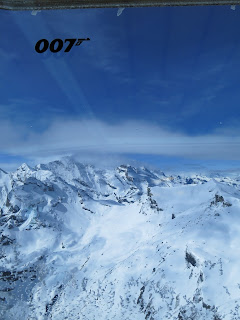 ... to the life-size cut out of George Lazenby near the food buffet (with an explanation on the back of the restaurant's relevance to the film)... 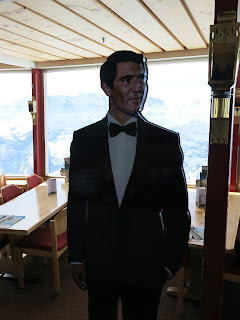 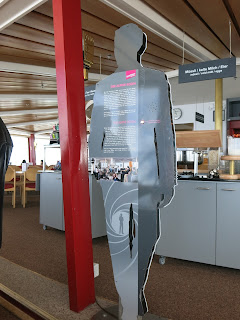 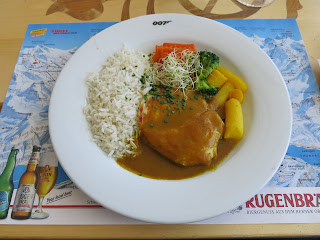 The menu featured meals and drinks "inspired" by Bond, there were plaques on the walls... 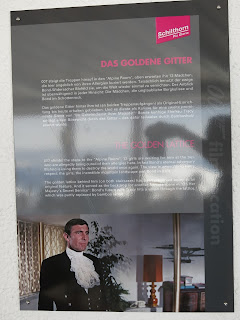 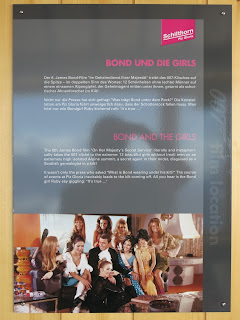 but the greatest reminder that the film was shot there (apart from the awesome ever revolving floor) was the golden balustrade, now adorned with rare rocks from around the world.  This balustrade was not only featured in the film but during a fight between Teresa "Tracy" Di Vicenzo and one of Blofeld's guards the latter's head ended up being smashed through it. 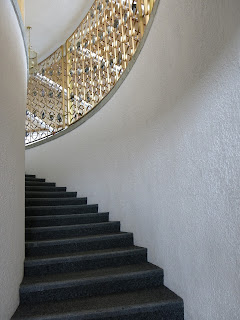 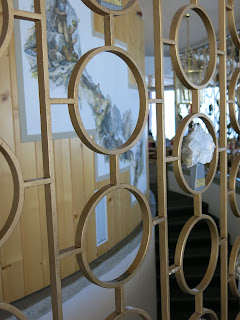 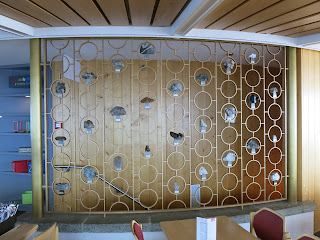 After enjoying a delicious buffet breakfast we three then ventured outside.  Initially when we arrived we could see a staff member clearing the snow from the platform and helipad outside. 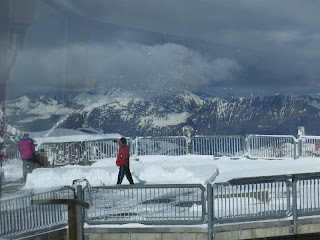 However in the hour or so since then the sun was out, the sky was blue and there was not a breath of wind.  It was fantastic weather.  We weren't allowed to the viewing platform a 100 metres away because of the thick snow, but that didn't matter. 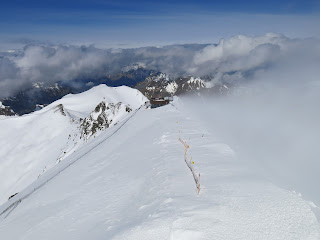 The surrounds of the Piz Gloria restaurant aided by the Swiss Alpine vista was simply stunning. 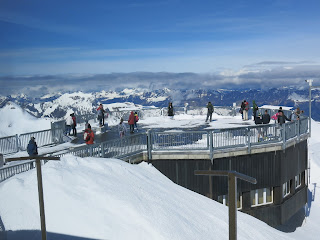 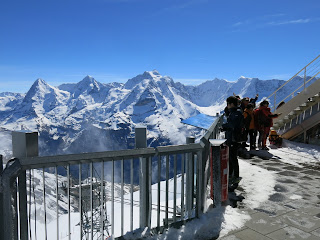 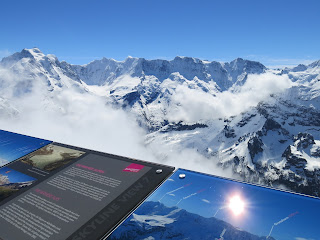 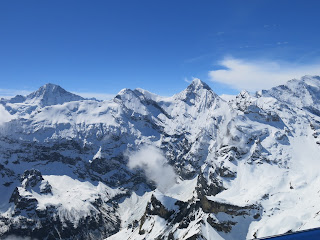 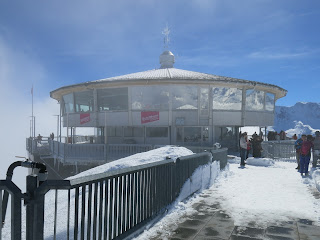 There were two more life size Bond cut-outs, one of which happened to end up holding one of my PizGloria.com cards for a laugh. 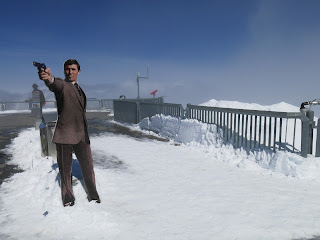 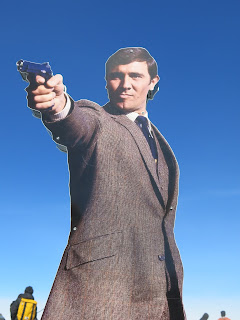 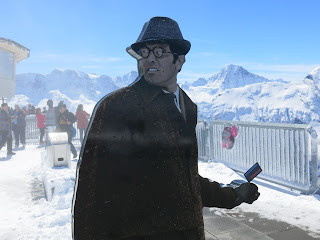 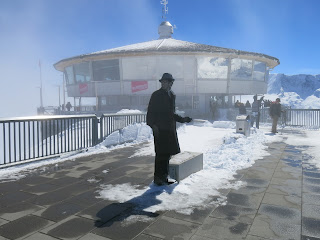 After spending at least half an hour outside we walked back into the building to visit the "Bond Shop" and "Bond World 007".  Click here for Part 2.
Posted by Bazeer Flumore at 9:30 PM