I received three copies of "Casino Royale" in the mail today.  All three books were published by Penguin and have slight cover variations. 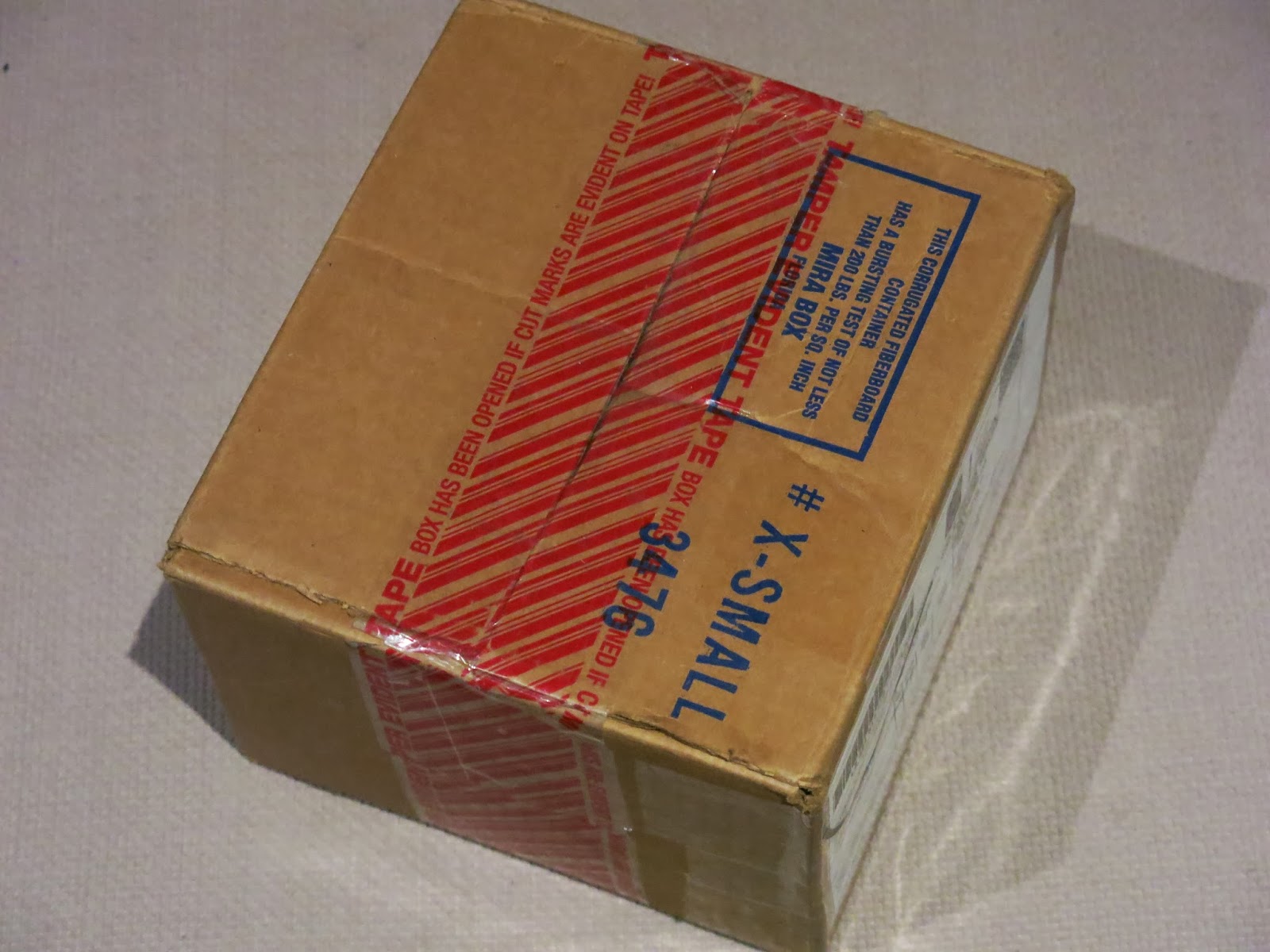 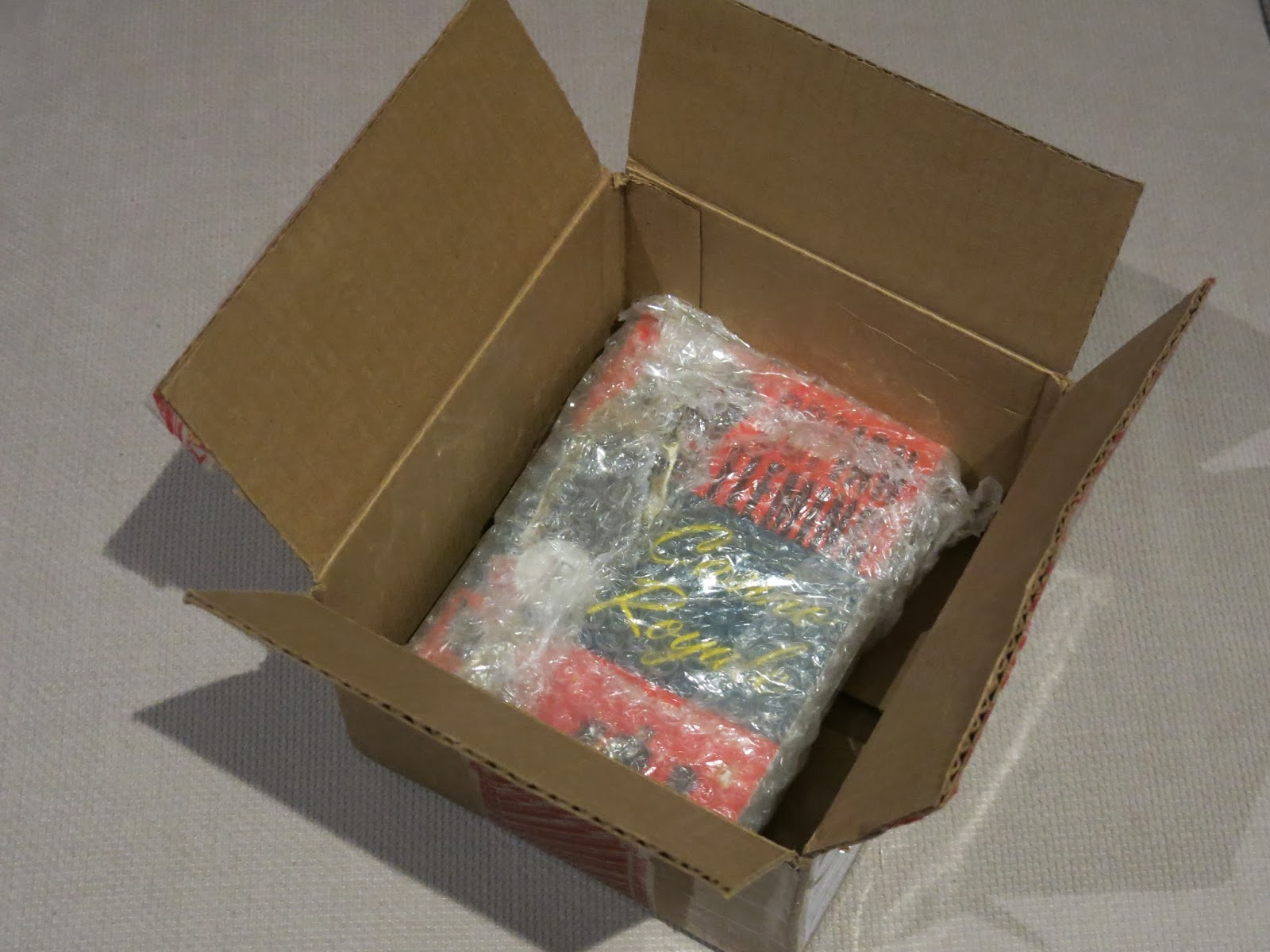 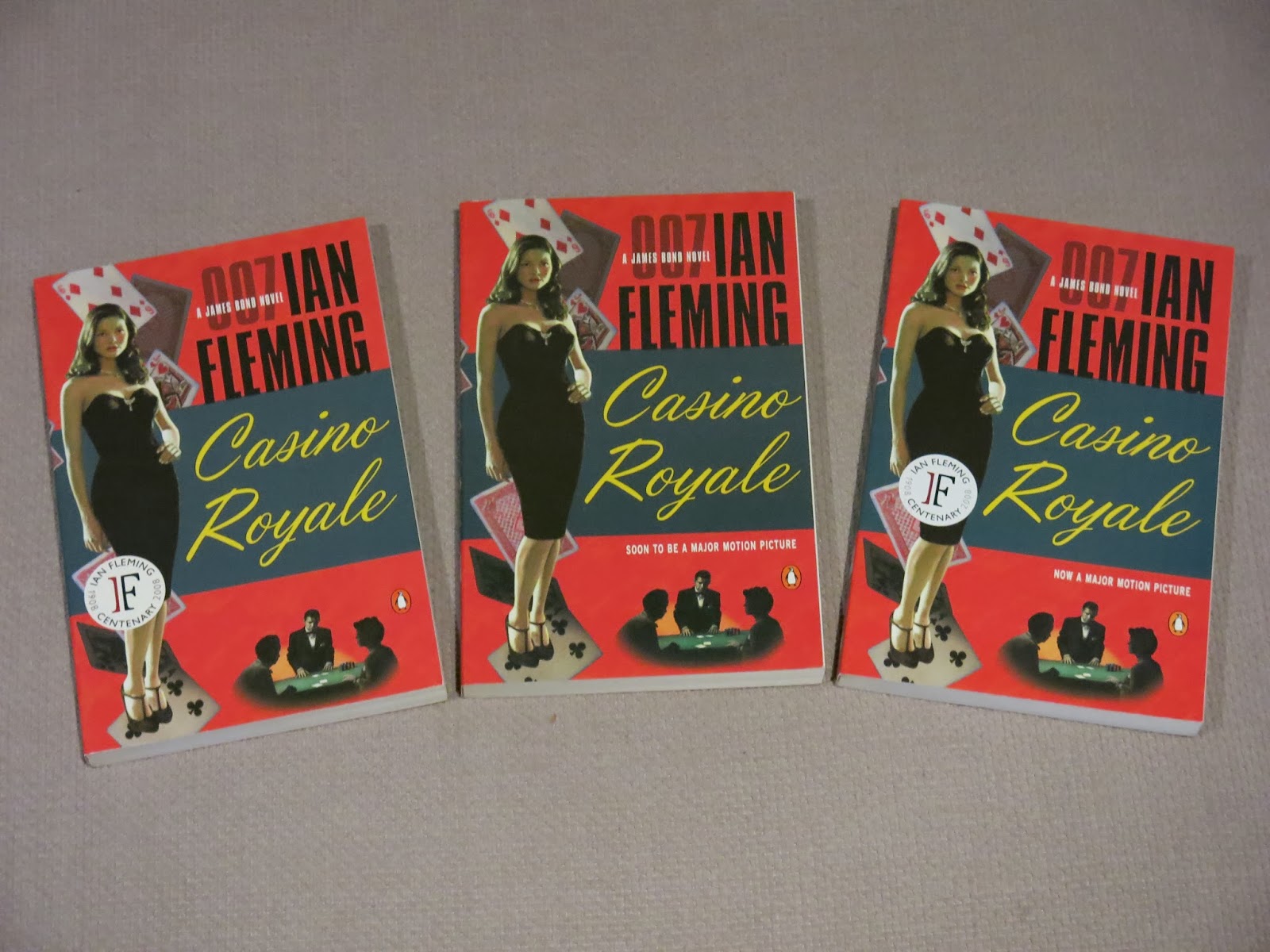 The addition of these movie tie-ins to the PizGloria website brings the number of copies of this cover with small variations to six.  Five were published by Penguin in the US and the other in the UK.  So while using the word "infinitum" in the heading of this blog entry might be a slight exaggeration, the question is, how many more of these covers are still out there?  A quick Google search brings up the two cover images below that I've always categorised as prototypes.  Now I'm wondering if they actually exist? 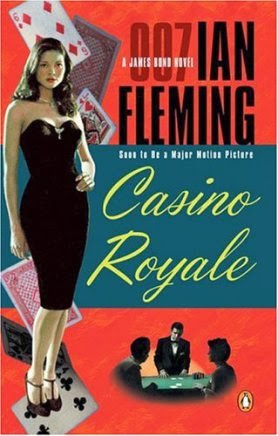 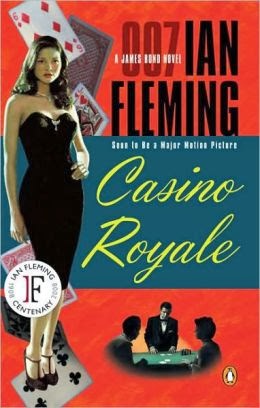 There are at least 2 Penguin UK versions - one from the box set with a blank barcode, and the single book retail version with the bar code

Thanks portland182. I didn't even consider differences on the back covers!