From Victoria To Victoria - Part 1

As many of you would know I live in Melbourne, Victoria in Australia.  Last Monday while still on our "world tour" my wife and I caught a ferry to Vancouver Island to visit Victoria in Canada.  So it was a case of two Victorians from the other side of the world visiting Victoria. 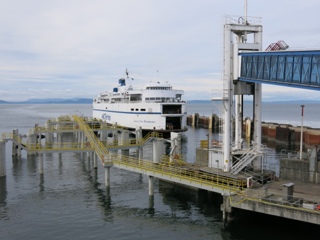 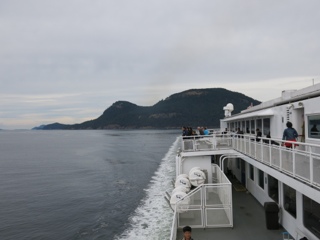 After landing in Sidney we caught public transport (a double-decker) for the one hour trip to Victoria.  While on the bus I did notice a bookshop, Beacon Books, but I knew we would never make it there so I'm hoping they had no Bonds! 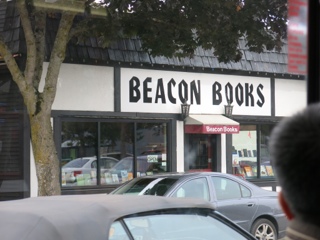 Our journey ended just near the Parliament Building and we made our way to the hotel. 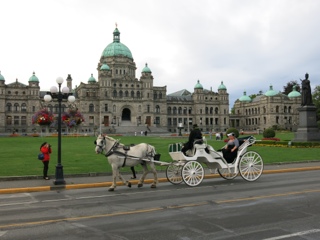 Once we'd checked in and freshened up we started hitting the streets to explore the city.  We soon found Fort Street otherwise known as Antique Row. The first bookshop we found was Shepherd Books but unfortunately there were no Bond books.  The owner explained he'd been cleaned out of Bond books a couple of months ago. 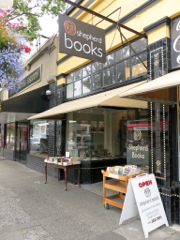 We then walked a little further along the street to another book store.  This one looked a little more promising as the revolving book stand outside the entrance had a Bond for sale on display. 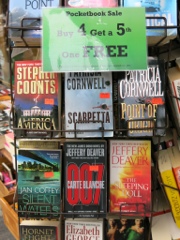 So we entered Russell Books, and it turned out this store was to prove much more fruitful.  Russell Books is apparently the largest second hand book store in Canada.  And it's amazing.

There are three levels.  The first is street level which has large books, reference books and some remainders.  As far as I'm aware there were no Bonds here, but there were heaps of books. 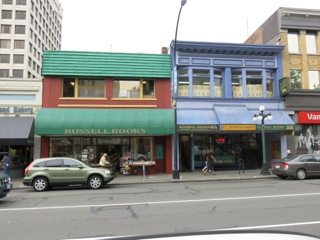 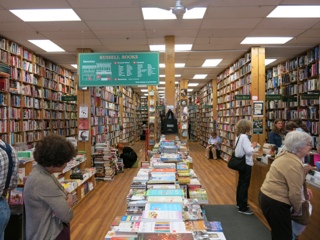 The next level was downstairs, below street level.  This level had rarer and more antique books.  The friendly staff on this level guided me to a Fleming "Thrilling Cities" published by Pan but I already had it. 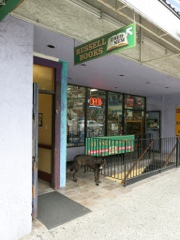 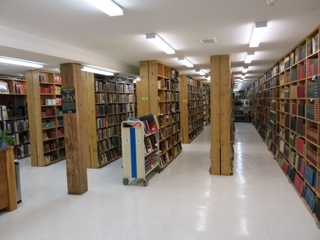 The final level was upstairs and contained thousands of paperbacks/softbacks (or pocket books as they referred to them). 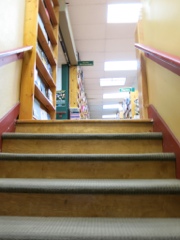 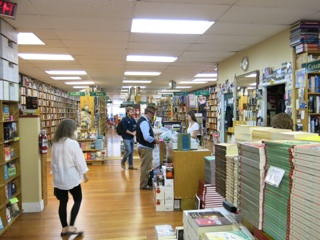 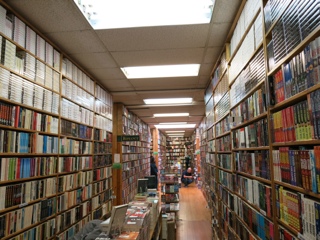 On finding the Thriller/Mystery section and then the Fleming titles I was amazed.  There were about 78 Bond books in total, and although many of them were duplicated covers there were still some variations.  This is definitely the most Bonds I have seen ever in one store. I even visited the store the next day just in case I missed anything. 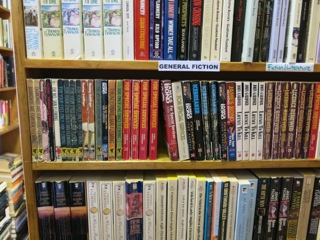 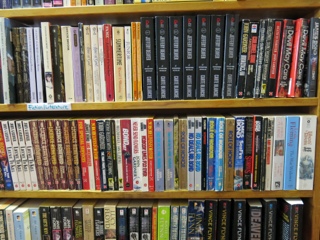 There are some double ups of book spines in the above photos but it shows all the books.


In the end I purchased five books from this store, four that were in better condition than what I currently had in my collection, and the other a copy of "Licence Renewed" from General Books that differed from the covers shown on the PizGloria.com website as the brown cover was a darker colour and the gold tint was missing.  I'll scan and add this cover to the PizGloria website when I return to Oz in a few weeks time.  I'd never seen this variation before.

The thing that impressed me so much about Russell Books was the way the store was run as if they sold new books, the number of books they had in stock, how organised the books were and how cheap they were.  And I also found the many staff both friendly and knowledgeable.

So overall, this store has to be a must for anyone intending to visit Victoria BC.  And if you can't make it in person there's also the Russell Books website www.russellbooks.com

Finally after about 40 minutes I found my wife in another part of the book store and we left to explore the city again.  We found a nice bakery, some shops for my wife and another bookshop, Chronicles Of Crime, which was closed.  But we would be sure to visit it during our travels the next day.  Part 2 will hopefully be added tomorrow night. 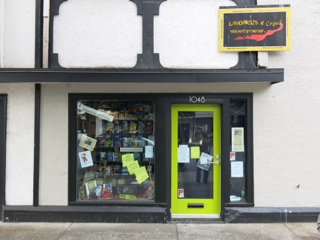 And here's some more photos of Victoria for those interested taken while we walked around the city: 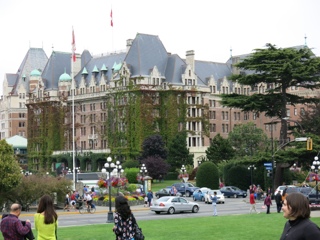 The harbour.  We bought fish and chips from Fisherman's Wharf. 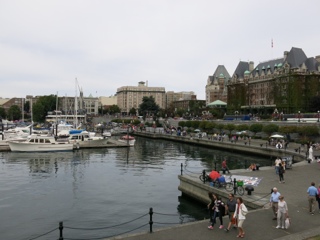 All the lamp posts in Victoria looked like this.  The flowers were real. 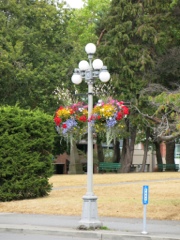 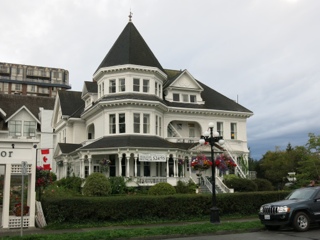 View from our hotel room. 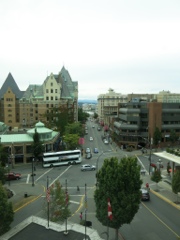