A third wave of "SkyFall" promotion is occurring at present here in Melbourne.  First was cinema, then DVD/BluRay and now Pay TV (aka Cable).  "SkyFall" premiered on Foxtel this month and huge billboards adorned with Daniel Craig's image have appeared, along with posters at bus shelters and displays at shopping centres.  Here's a few photos.  Unfortunately I missed out on the bus shelter posters, they pulled them down before I could take a photo but they were similar to the billboard below. 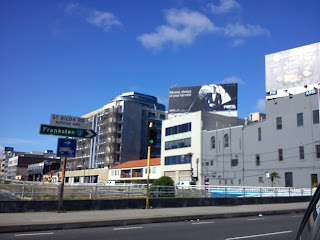 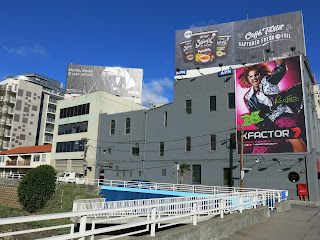 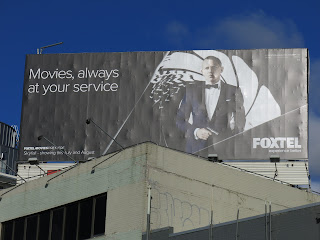 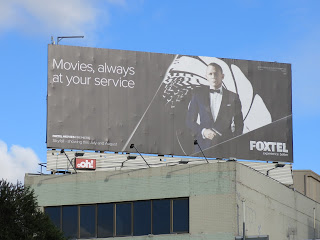 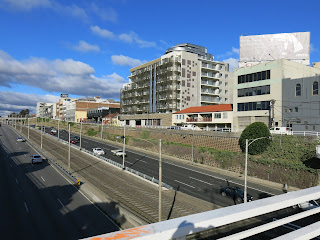 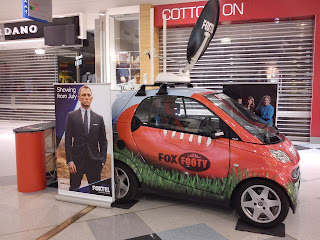 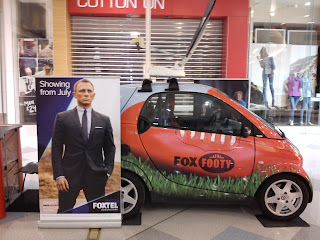