"Bond, Shaken Not Stirred" At ACMI

Last night I left work and raced to the City.  The "Bond, Shaken not Stirred" event at ACMI  started at 6pm.  The free event was being held as part of the Hollywood Costume exhibition.  Unfortunately my wife couldn't make it though.

I managed to get a great (free) park and walked/ran to Fed Square, snapping these photos as I went. 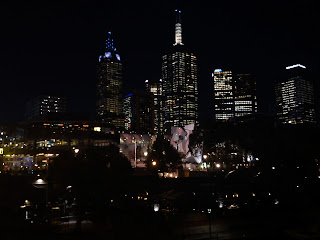 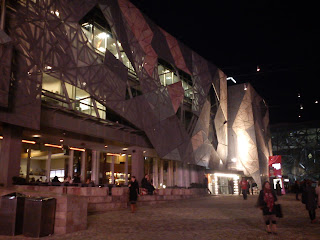 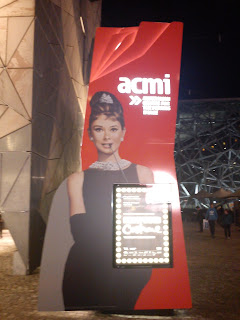 I entered the building, asked one of the staff at Information where the event was, and then took the escalator downstairs.  As I arrived the first speaker, Lindsay Horner, was already discussing the title credits to "Dr No" so I trust I didn't miss much.

Lindsay obviously had a love of film and talked about how difficult it was to create film titles back in the 60's (prior to computers), the influence of Saul Bass, the use of women and silhouettes, "Casino Royale" as the first completely animated title sequence, and rotorscoping and motion controlled cameras on the "Quantum Of Solace" title credits (Lindsay commented these titles were the pinnacle and he could watch them all day). 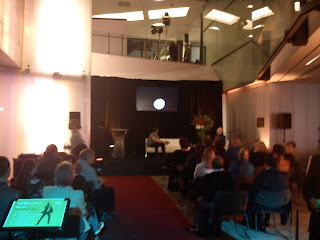 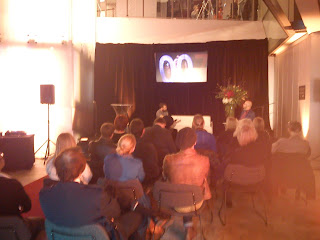 "From Russia With Love" - title sequence designed by Robert Brownjoh. 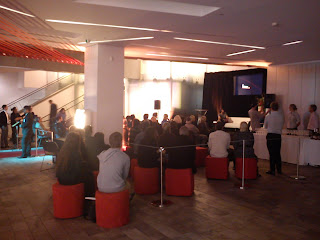 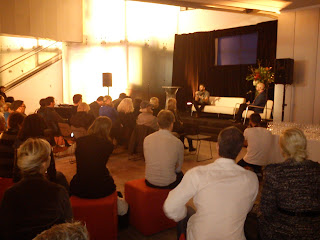 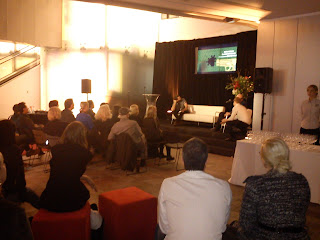 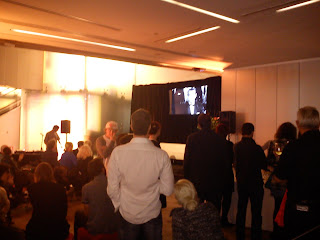 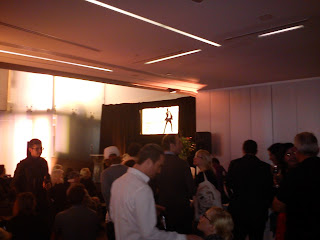 Then the next speaker was Dave Kerr who runs a bar and spends his day/night making drinks for lucky customers.  He showed how to make a great Martini, and then presented it to the MC, Byron Bache for a tasting.  Dave also discussed the Vesper drink, created by Ian Fleming in the novel "Casino Royale". 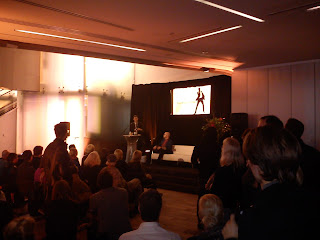 Another intermission.  I counted at least 60 people attending. 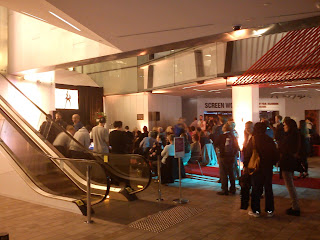 Entrance to the Hollywood Costume exhibition.  One of the costumes I was told was from a Daniel Craig Bond film. 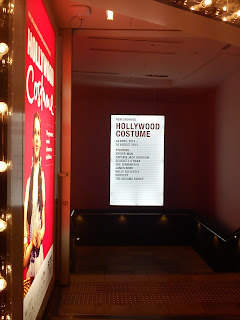 Drinks were available for purchase while waiting for the next speaker. 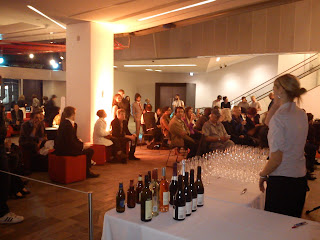 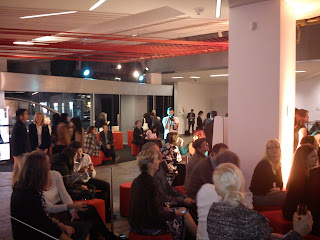 This time the speaker (name unknown, sorry) was involved in the fashion industry, perhaps owning a store himself.  He talked about Bond as a fashion style icon.  He also explained how Bond breaks the fashion rules by staying away from trends, unlike films like "Scarface".  He said that the costume designers for the Bond films had been very clever to do this and gave the films a more timeless quality.  He did however discuss some of the bad fashion decisions that had been made in a couple of the films, including the blue terry towelling suit from "Goldfinger", but these were minimal.  There was also a discussion about the watches promoted in the films, bow ties and tie knots. 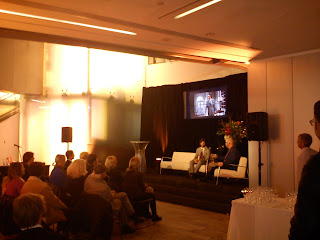 Discussing Sean Connery's suit from "From Russia With Love". 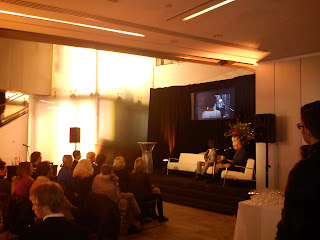 Talking about Daniel Craig in "Skyfall".  Apparently in the Craig films Bond rarely wears a belt. 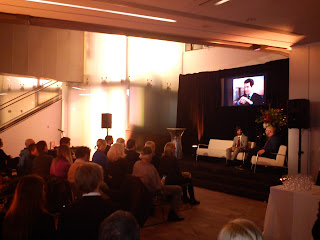 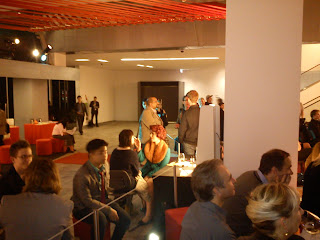 Another intermission during which a makeup artist created a few Bond girls from the audience. 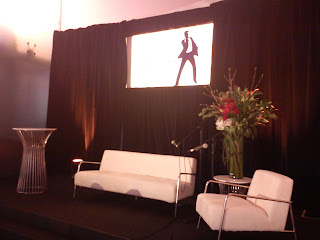 Closeup of the stage area.


The final speaker, Laila Sakini, discussed whether the Bond girls were empowered or powerless.  It was a very entertaining discussion talking about everything from sexual coercion, Bond girls wearing scanty clothing, Bond girls given occupations in the film previously designated as male oriented roles, the use of the double entendre in the films, and Bond girl's names and their sexual connotations.  Laila also commented that Bond and the Bond girl were almost the "Adam and Eve of cultural icons".  When pushed to name her favourite Bond girl she couldn't answer, however she did say she liked the retro futuristic fashion of the 60's Bond films. 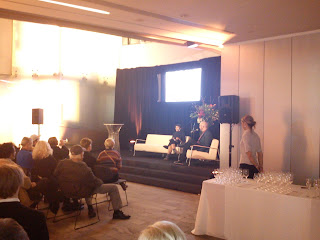 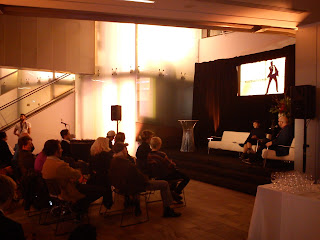 And then just before 9pm the event ended with some music by a DJ (Laila again in another guise).  The speakers were all really entertaining and the MC, Byron, did a great job.  Overall a fantastic (free) Bond event in Melbourne.

Here's some more links I've found about the night:

Finally, some more snaps on my walk back to the car. 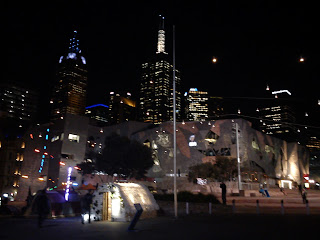 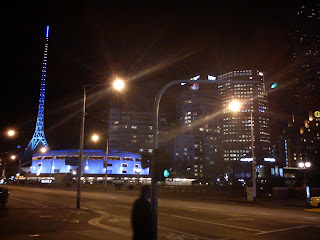 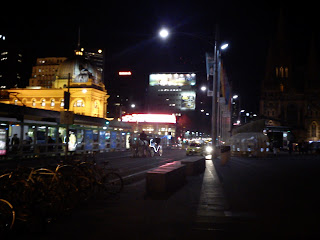 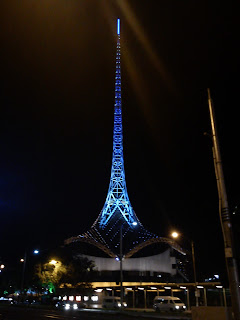