For a while I've been considering writing a blog to accompany my website.  I'm not sure how often I'll update this blog, but since collecting, and especially collecting James Bond, is such a big part of my life I thought I'd give it a go and let others know what's going on in my world.

I'm going to start with the events of the past two days.

Last night my wife and I went to the shops.  While there I said "I'd like to drop in at Dymocks".  She replied "Why?  They never have any James Bond books you want".  So I said "Optimism... I always have to hope".  We walked in and both of us went straight to the Crime/Thriller section.  To my surprise there on the shelf were the first seven "There Is Only One Bond" books from Vintage. As an avid The Book Bond reader I knew that the first seven in the series had been published, but I didn't expect them in Australia so soon (more on this in a later blog).  I had to take a photo... 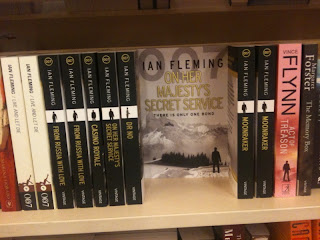 Ignore the Vince Flynn novel though, that's not part of the series!  Although I already have these books on order elsewhere I didn't expect to see them here in Oz so soon.  Amazing, and they look great.

Today was a book hunting day.  I know it's unlikely I'll find any books I don't already have, but I still have to check just in case.  I dropped my wife in the City (Melbourne) at 10am where she was meeting some friends to go shopping, and then went my merry way visiting three second-hand book stores in the City.  Unfortunately I discovered that one second-hand store, Flinders Books on Flinders Street, is closing. 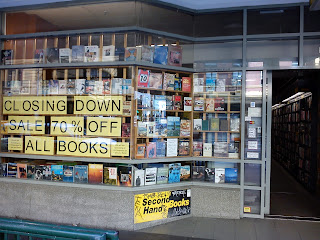 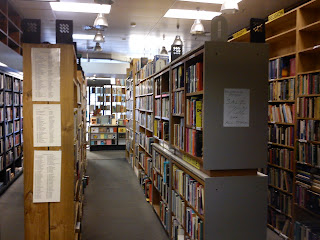 Over the time I've purchased several Bond paperbacks from this store, so it was disappointing to see the signs up on the window.  At least their second store on Swanston Street will remain open.

No luck at Basement Books or the second Flinders Books/Kill City either, so I quickly had a look in Minatour (a very long-time haunt of mine) before driving to Northcote and Thornbury.  I'd last visited these suburbs about three months ago so I hoped they'd received some new stock since then.  No luck at Brown & Bunting or Fully Booked, but at Allsorts Books I noticed a copy of "On Her Majesty's Secret Service" by Pan that had a misprinted cover (see link).  I haven't seen too many misprints like this so it was a very good find and I thought that would be the end of my luck for today. 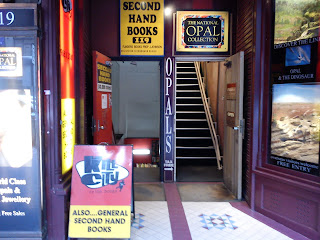 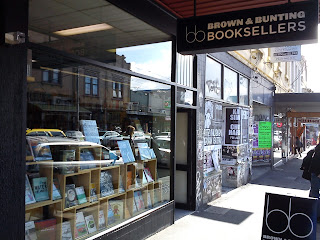 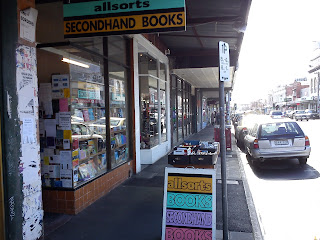 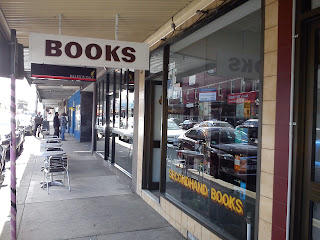 I then visited Howard Bolton Bookseller. 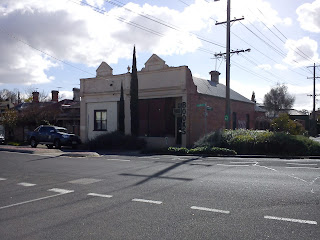 Almost as soon as I walked in Howard recognised me, went out the back and returned carrying a full set of the Richie Fahey US Retro series.  At first I was thinking "got them" but then I noticed the Ian Fleming Centenary circle on the covers.  I always thought this was a sticker, but no it's imprinted on the cover.  Suddenly I knew I'd found more books for my website (see link).

So my lesson for the past two days is as a collector you've always got to remain optimistic because sometimes it pays off.