There are many who believe that the unofficial James Bond film "Never Say Never Again" has the worst soundtrack of any of the 007 films.  Even I wonder what the soundtrack would have sounded like had James Horner been involved instead of Michel Legrand.  However, unlike others, I really like Lani Hall's title song for this film.

If you weren't aware, Lani Hall wasn't first choice for the title song either.  Phyllis Hyman recorded another version for this film but it was rejected, and Michel's wife, Lani, recorded her's instead.

A few months ago I purchased a promotional poster for Lani's version of the title song. 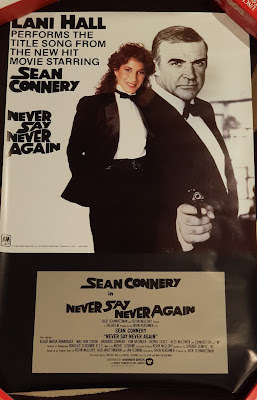 Today a copy of this title song on 7 inch vinyl arrived in the mail.  I've been searching for a copy in this format for a while, but the prices always seemed too high.  Fortunately I found a seller in Austria selling a great copy at a reasonable price. 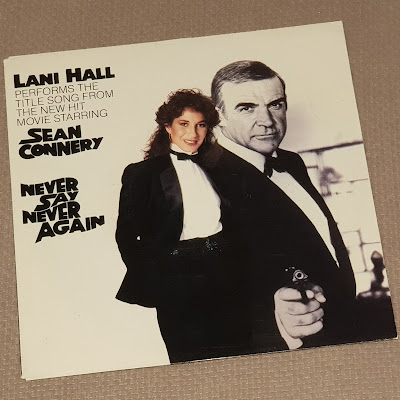 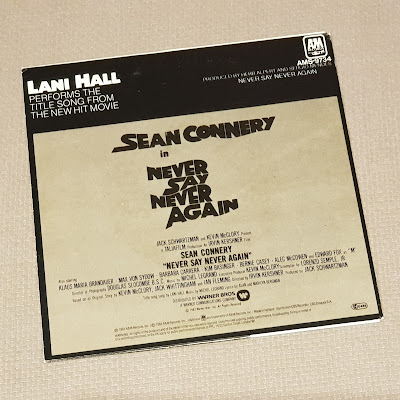 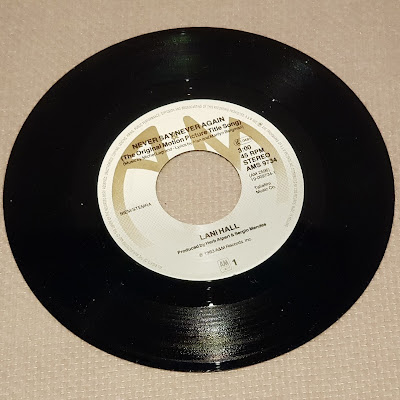 I already have this song on the soundtrack CD which I was planning to photograph and add to this post, but despite a 5 minute search it remains hidden somewhere in my "Bond Room".  Ok, it's not the best soundtrack ever, but in my opinion it does have some redeeming moments including a great title song.