In 1969 a strong, free-thinking, independent female character appeared on the silver screen and during the course of the film saved the life of probably the most famous fictional spy in history.  That film was "On Her Majesty's Secret Service" and the female character was Contessa Teresa di Vicenzo, but James Bond fans know her as Tracy.  I suspect this wasn't just a revolutionary moment in the Bond film series, but perhaps in cinema.  A brilliant creation of author Ian Fleming, a character honestly brought to the screen by director Peter Hunt and Eon Productions, this fictional lead woman was portrayed by Dame Diana Rigg who sadly passed away today at the age of 82. 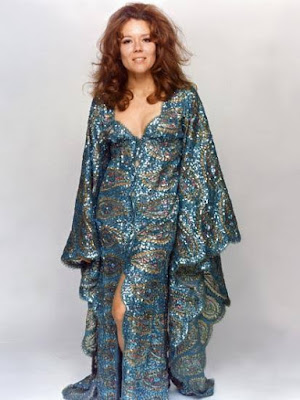 "OHMSS" wasn't the first time Ms Rigg portrayed a powerful female character, having played Emma Peel opposite John Steed (Patrick Macnee) in the UK TV series "The Avengers".  Her character became an icon for women in the 1960's and the TV series was undoubtedly ahead of it's time.

Ms Rigg was a star of the stage, TV and cinema.   Her most popular recent performance was as Lady Olenna Tyrell in "Game Of Thrones".

It's sad to lose such an influential person in the history of art and cinema, but we are fortunate to still be able to see her performances on TV and cinema for years to come.