I've been hunting for a particular set of large print James Bond novels for a long, long, long time (yes, that long !).  The series, written by Ian Fleming, was published by Clipper in 2008 and features the fantastic Michael Gillette covers that were a highlight of the Penguin Centenary series from the same year.  Each title also includes an introduction by a famous author.

On Friday I finally completed my set.  I've never seen one of these books in a physical book store so I had to search for them on the web.  I found the last title I needed, "Thunderball", at a bookshop in the UK named We Sell Books.  The owner, Karen, was great and also mentioned she has other large print Bond titles for sale.

Anyway, here's some snaps of the last book I received which was really well packed by Karen. 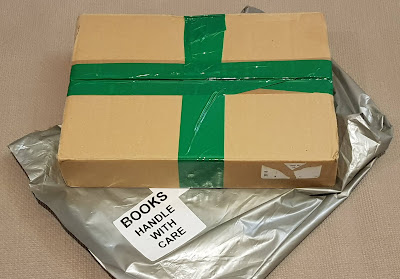 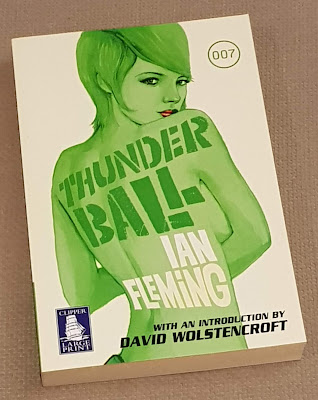 And here's a photo of the entire series.  I've never included large print books on PizGloria.com before but now I'm considering otherwise. 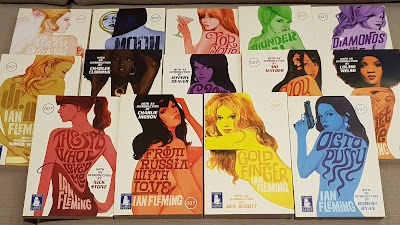