It's the AFL Grand Final on Saturday so as usual my wife and I, along with my sister-in-law this year, have ventured to Metung in Gippsland to stay at a B&B for the long weekend.  The drive takes just on four hours but as there are lots of towns with secondhand book stores along the way it takes us a little longer.  The good thing is, when you're on holiday, time doesn't matter.
First stop was Maffra where we visited Pingvin Books.  Unfortunately despite the sign on the nature strip the book store didn't appear to be open.  It was a public holiday though. 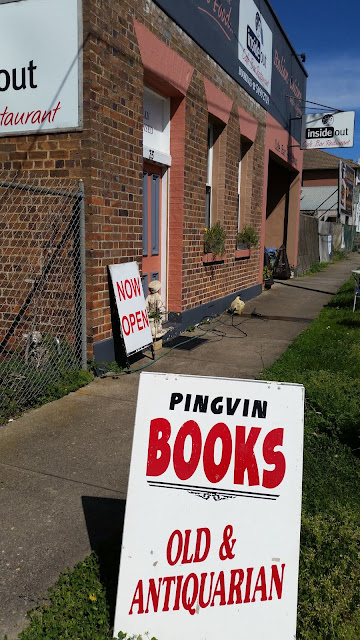 Next we stopped in Sale and visited Carousel Books but again because of the public holiday it was closed.  I did to grab a photo of the books through the glass window shop front but I always find doing that a little scary in case I see a Bond novel inside the store that I'm after. 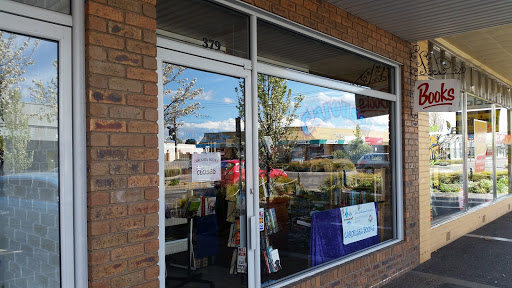 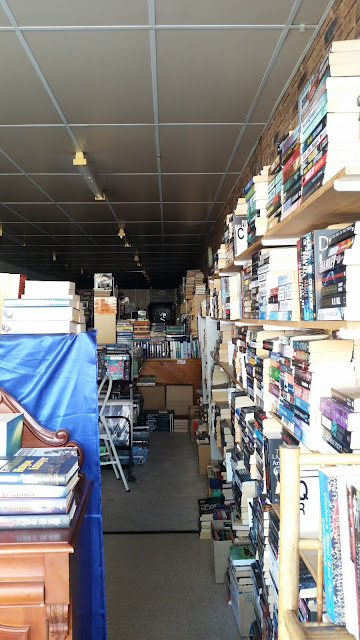 Third stop was Bairnsdale Books.  They only had an Ian Fleming - James Bond omnibus hardback and I didn't take a photo.  The same book was there when we visited back in 2015. 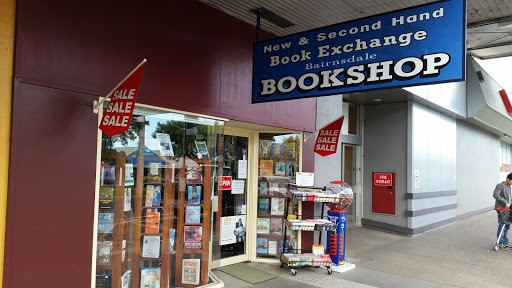 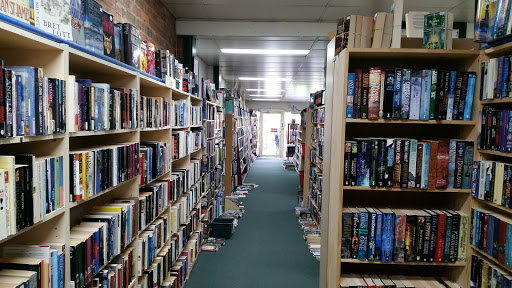 And after we'd arrived and checked into our Metung accommodation, the following morning we visited Just Books in Lakes Entrance.  They had four John Gardner - James Bond novels published by Coronet, three from what I call the "Sniper Series" which was pretty amazing considering I haven't seen this many of the one set in one book store for ages.  I already have this set but I still purchased an extra copy of "For Special Services" as it was in such good condition.  I also like putting money into the local economy when I'm away, especially book stores.  The full series of these covers can be found here.  In my opinion they are a really nice set. 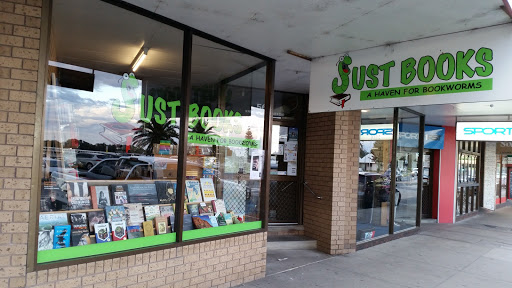 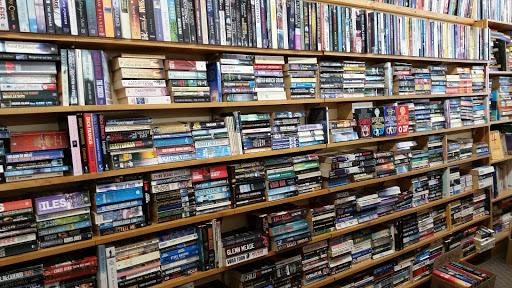 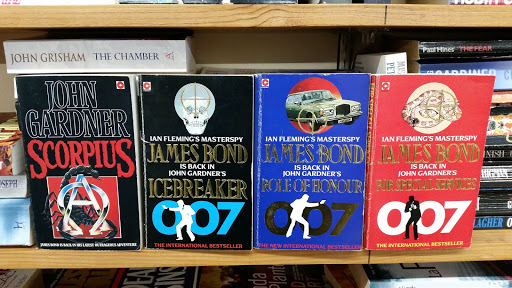 While in Lakes we visited the Griffith's Sea Shell Museum and I purchased some creatures made out of shells for my work mates. 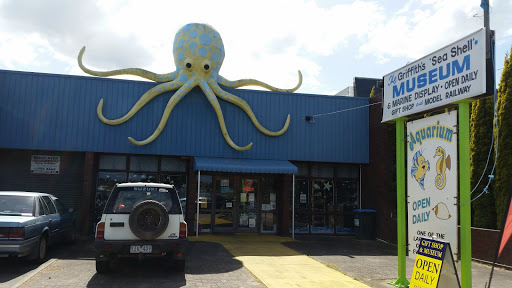 Here's a sign we saw on another shop front while walking along the shops. 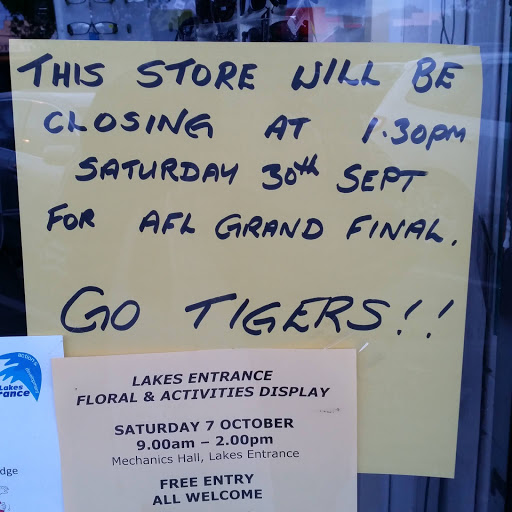 We also played a game of mini-golf.  Here's my sister-in-law trying to get a hole-in-one on the final hole. 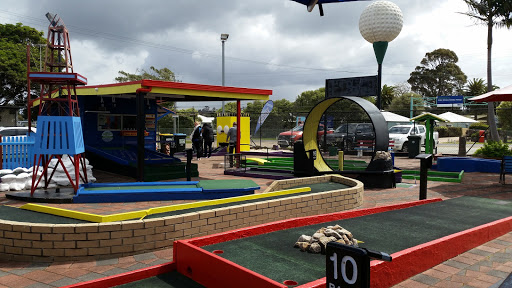 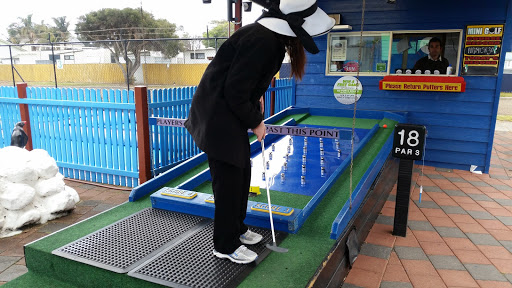 A photo from the hill looking down Myers Street toward the Lakes shops. 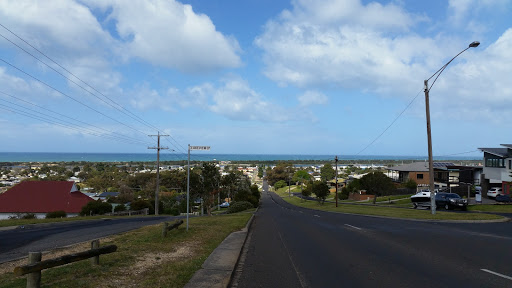 And here's a couple of photos of Metung including the view from our bedroom window over the water. 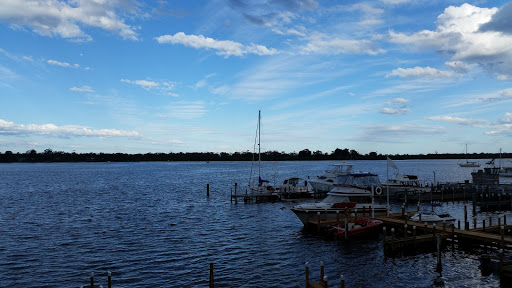 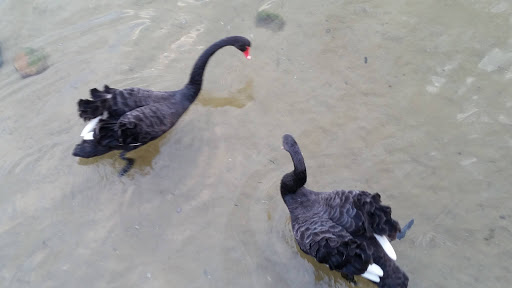 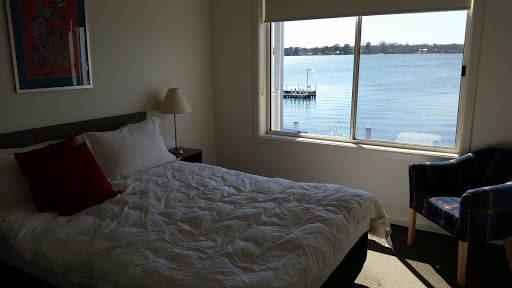