As mentioned in my previous blog entry my wife and I stayed overnight in the City the other week.  After visiting a number of book stores we made our way to the last store on our list - Flinders Books / Kill City on Swanston Street.

Despite visiting this book store many times I always have problems finding it.  I know I'm getting close when I'm walking opposite the Town Hall.  But as the shop front is just a doorway, and the large yellow sign "Secondhand Books" under the front awning is just one of many from a distance, I have to look for the familiar small yellow square flag hanging near the doorway that reads "Second Hand Books" (see top left of the last photo in this blog entry from December 2012).

Today I couldn't see the flag and for a moment I was disoriented.  Then my wife pointed to a closed red door, and upon that door in black hand-written text was written "Book shop closed".  I climbed the stairs to the opal shop next door and a person behind the counter confirmed it too.  Flinders Books / Kill City was no more. 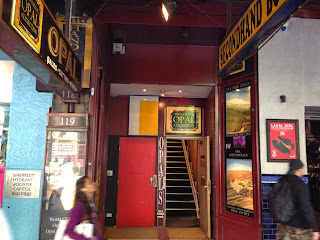 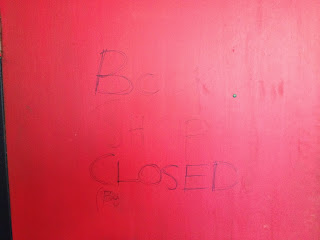 While my wife could see how disappointed I was, all I could think about were those words I'd heard earlier that day at City Basement Books - "Yes, we're certainly a dying breed".  In fact it turns out Flinders Books / Kill City has been closed for several months now.  While I was packing for my trip overseas they were packing up shop for good.

For as long as I can remember Flinders Books has operated a shop at this location on Swanston Street.  They also had a second store on Flinder's Street itself but that closed in 2012.  I wrote a blog entry featuring this store closing too, including some photos, but I suppose it didn't concern me too much at the time because the Swanston Street store was still open and I saw it as intelligent consolidation.

In the mid-2000's Kill City suddenly closed on Chapel Street in Prahran and opened again at the Swanston Street store.  My recollections of Kill City are two-fold.  I think I visited the original Greville Street book store in Prahran just a couple of times.  I remember it being filled with weird characters and strange books and mags, but it also had Bond on it's shelves.  Then Kill City moved to Chapel Street in the same suburb and the store felt different.  Gone were the strange people and unusual items on the shelves.  This store was clean, well organised with standard shelving and many of the books for sale were almost remainders, but all still linked to thrillers and crime including Bond.

Now both Flinders Books and Kill City are just photos and memories.  Although I may be speaking too soon... there's a chance of them reopening at another location according to this excellent blog entry on Pulp Curry by Andrew Nette, so fingers crossed !

Here's some more photos of Flinders Books / Kill City when we found it closed the other week. 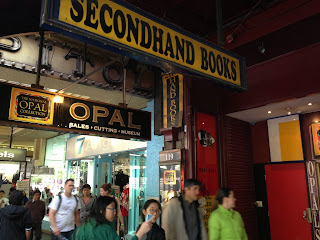 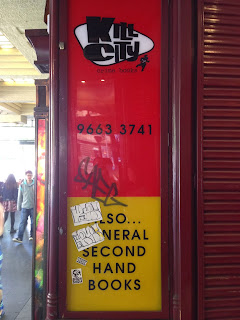 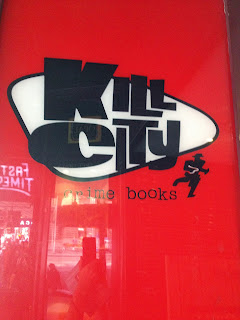 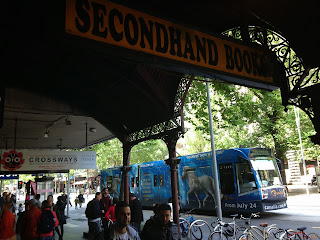 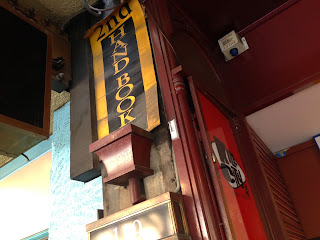 Yeah, it's been closed for a while now.

Yeah, I was surprised too Luke. Somehow I missed this.

I last dropped in mid-April I think for a couple of minutes and there was no indication then they were going to close. After my trip overseas in August/September I didn't get a chance until November to go book hunting in the City again. Disappointing it's gone.

Hope you got some good bargains.