A few weeks ago when I visited the "Designing 007" exhibition at the Melbourne Museum I also looked for a tram in the City advertising the event.  But alas no luck.

This weekend my wife and I, along with my parents, attended the stage play "King Kong" and as we walked to the theatre it seemed like every tram was promoting the exhibition.  Here's some photos I snapped: 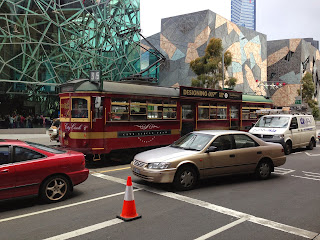 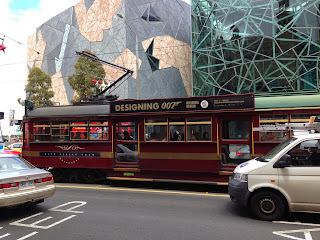 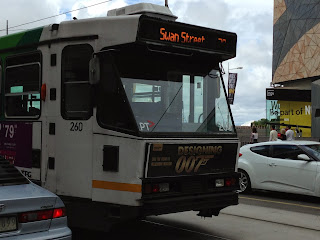 And also as a side note here's some photos of the Regent Theatre where "King Kong" is being staged.  Kong himself is awesome. He's a giant "puppet" with at least 10 handlers.  When he walks the theatre rumbles and his roar is deafening.  He's also very realistic right down to eyes that blink and also seem to show emotion.  Apparently the giant "puppet" tooks years to design and create and I believe the show creators are hoping to take the musical to Broadway which would be very apt.  If you're in Melbourne and haven't seen it yet I highly recommend "King Kong", but hurry as its season is ending very soon. 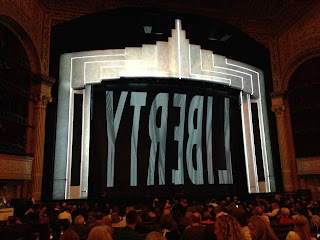 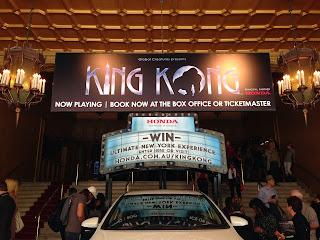 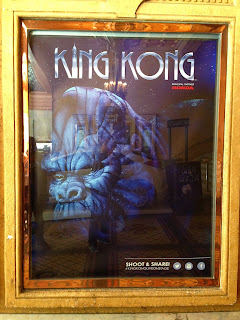 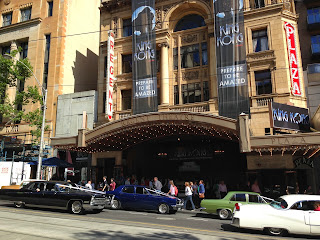